Catastrophic floods affecting the United States since mid-March 2019 are resulting in what experts are calling historically delayed planting season. The situation is already having a big impact on commodity prices but the full extent will be known by the end of the year and into 2020 planting season.

From January to early March, average temperatures in the Midwest remained in -6 to -1 °C (20 to 30 °F) range, with record snowfall in many areas, including the early March blizzard which dumped up to 0.9 m (3 feet) in some areas.

Temperatures rose to 15 °C (60 °F) from March 11 to 13 and combined with 38.1 mm (1.5 inches) of rain to quickly melt the snow and cause unprecedented runoff into local streams and rivers.

Many of the rivers were still frozen over with a thick layer of ice, which the powerful flow of water broke up and dislodged, creating massive chunks of ice that traveled downstream, acting like a plow.

According to data released Tuesday, May 28 by the Agriculture Department, 18 states that produce the majority of the United States’ corn crop had an average of 90% of their fields planted by the end of May over the past 5 years. As of May 26, 2019, 58% of the corn crop and just 29% of soybeans were planted. 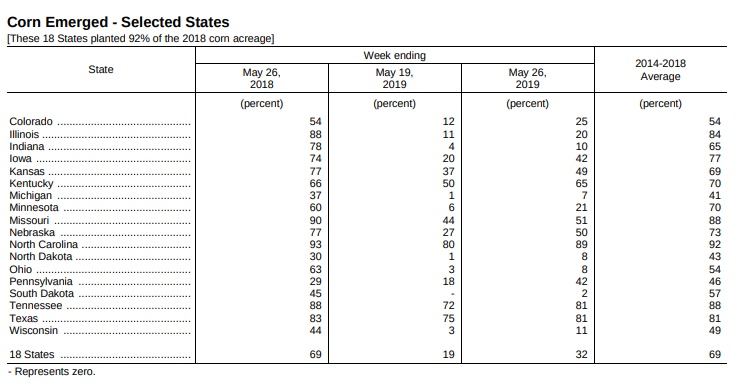 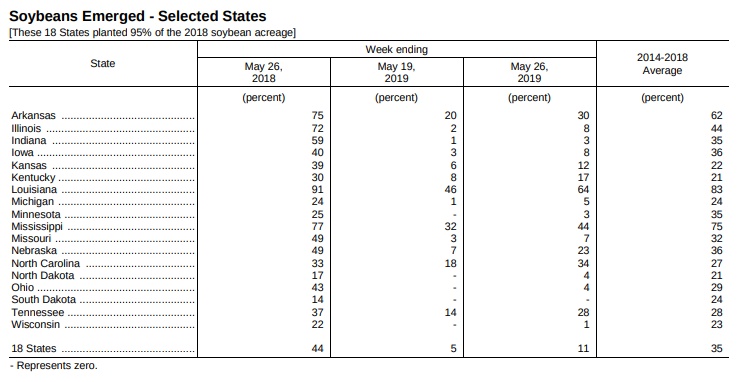 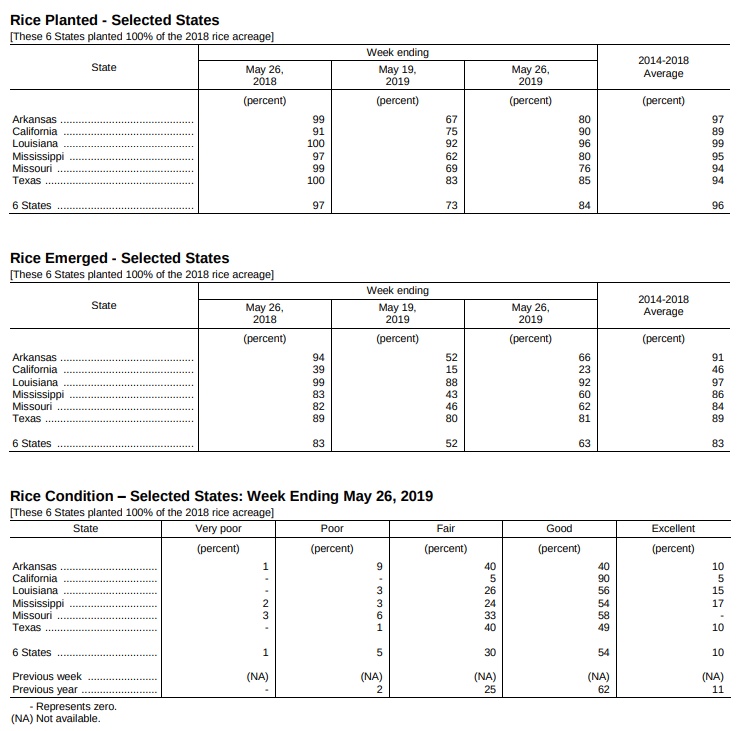 Another wet weak is expected across much of the Corn Belt but the first week of June looks like 70% of it may by dry for five or six days – something farmers haven't seen so far this year, AccuWeather meteorologist Jason Nicholls said.

"Many U.S. farmers face an impending decision regarding their planting plans," Nicholls said. "Farmers with crop insurance can receive payouts instead of planting their crops, which helps the farmer but cuts into U.S. agricultural supplies."

"Historical data shows that corn yield could drop roughly 22% if corn is planted on June 4. If the corn hasn’t been planted by next Tuesday [May 4], the yield will really drop off," said Nicholls.

The next Crop Progress report is due Tuesday, June 3.