Météo-France initiated advisories on Tropical Disturbance 14, located northeast of Madagascar, on April 21. The system drifted eastward, organizing as it did so and intensified into a moderate tropical storm at 12:00 UTC on April 23. 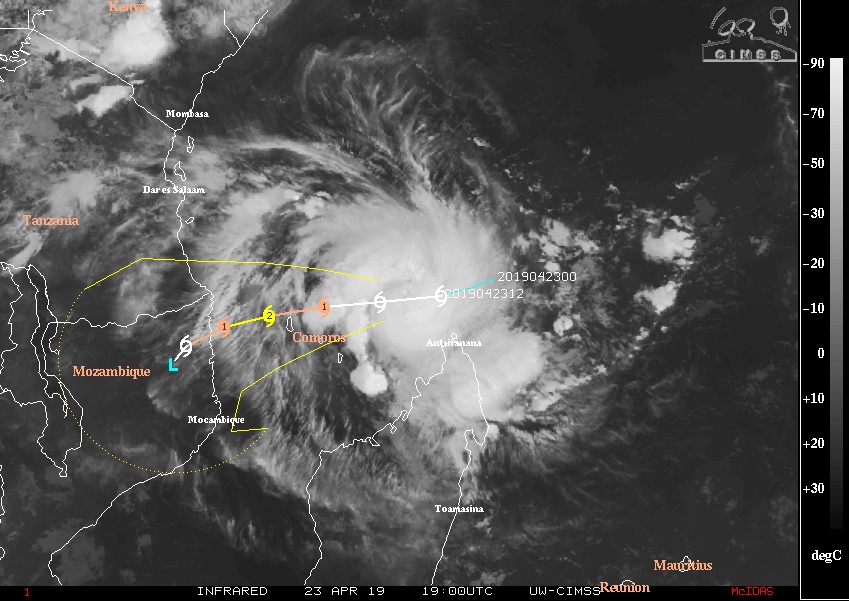 "Kenneth is, therefore, a dangerous system when it is located as close as possible to the northernmost islands of the Comoros archipelago and approaching the northern region of Mozambique / southern Tanzania," the center said.

"The system will also generate a storm surge when landing on the coast of Mozambique, which can reach between 2 and 4 m (6.5 – 16.4 feet) in some areas, to which must be added the breaking of waves and the phenomenon of heavy rainfall, which can cause flooding in Mozambique."

"The inhabitants of these sectors are invited to closely follow the evolution of this system in the coming days." 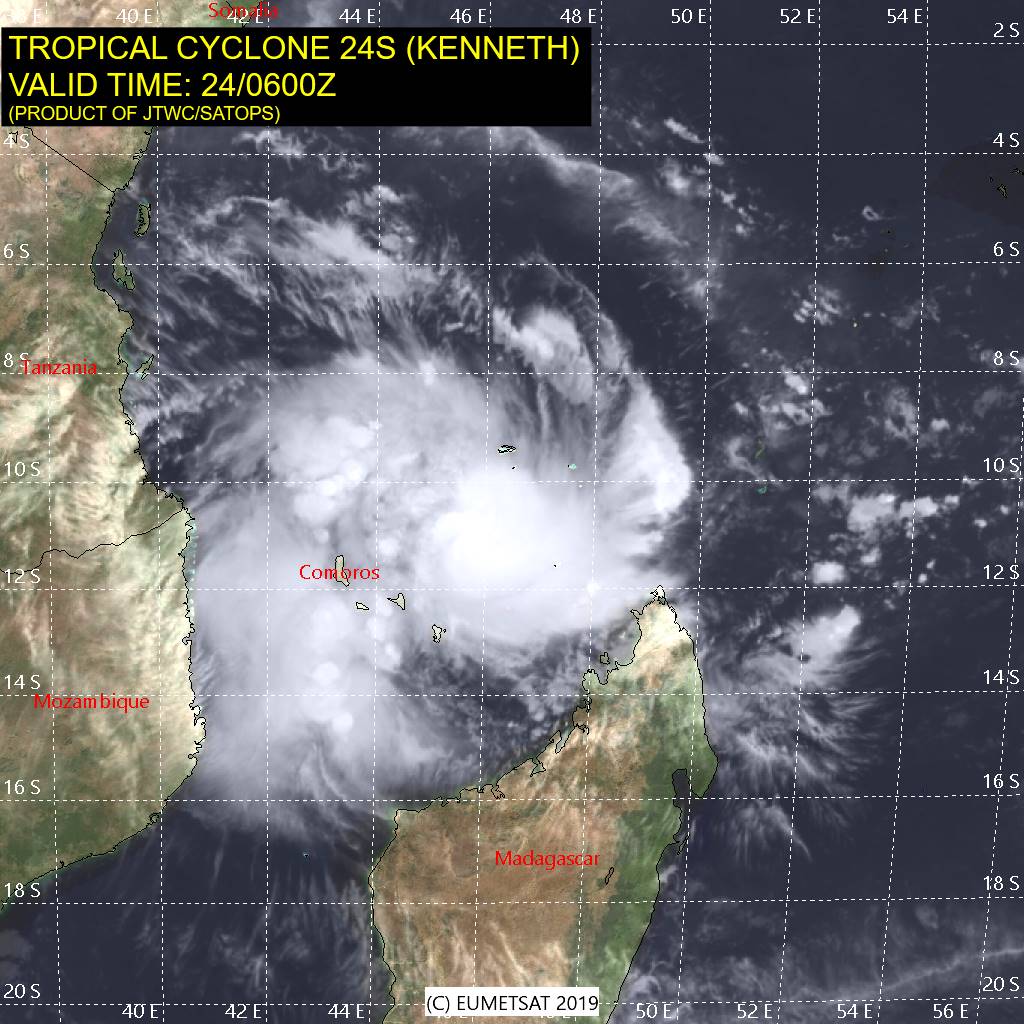