Tropical Depression 13 formed March 18 east of Madagascar and after a few days of meandering to the west and then the southeast, the system intensified into Moderate Tropical Storm and was named Joaninha on March 22. On March 23, Joaninha strengthened into a severe tropical storm and on March 24 into a tropical cyclone on the MRF scale. 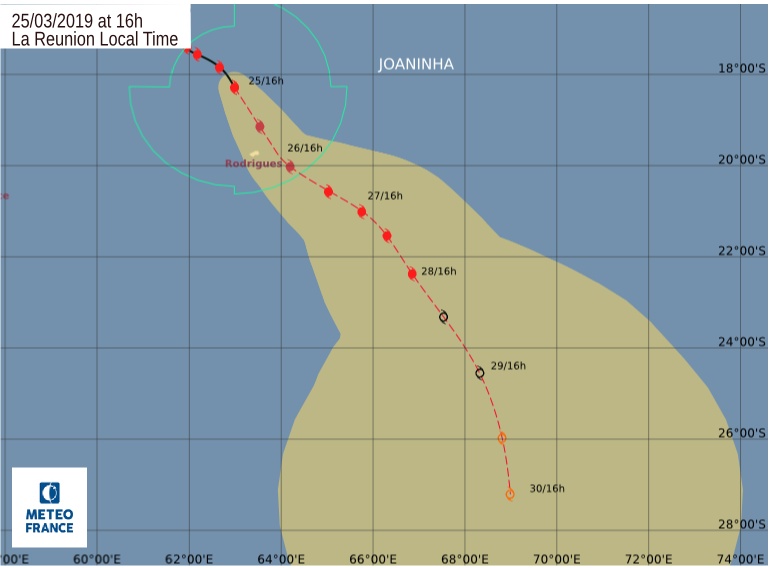 It is expected to continue moving SE while strengthening and pass near Rodrigues Island on March 26, with maximum sustained winds up to 200 km/h (124 mph). Heavy rain and strong wind could affect Rodrigues Island from March 25 through 27.

"Gale force winds are already measured and may last until Wednesday morning. However, uncertainty is still important and it is still unclear how far Joaninha will be from the island at its closest. Therefore the inhabitants are invited to closely monitor the progress of the system and follow the instructions provided by local authorities." 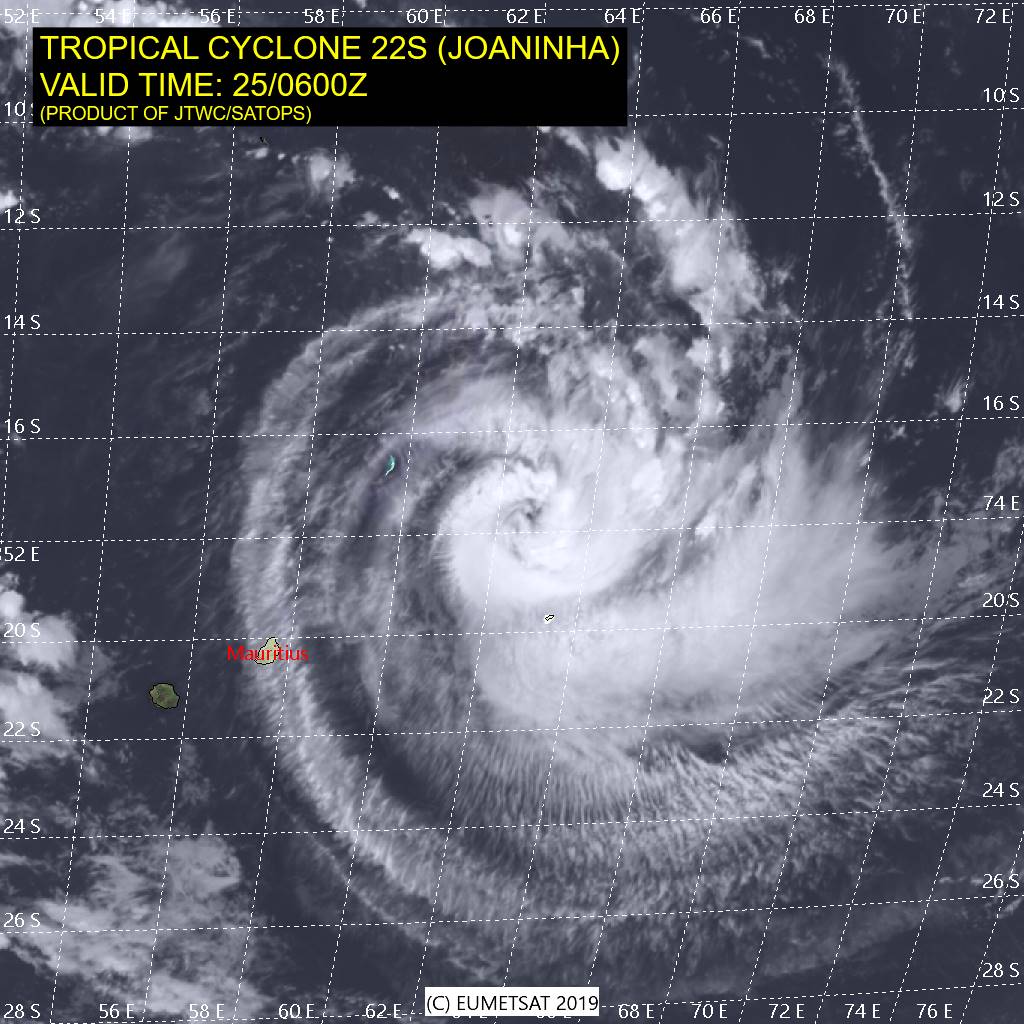