Tropical Storm "Idai" formed in the Mozambique Channel on March 9, 2019 as the 10th named storm of the 2018/19 Southwest Indian Ocean cyclone season. The cyclone is expected to reach Category 4 hurricane equivalent and make landfall over Mozambique coastlines Thursday, March 14. While models are in good agreement with this track but there is uncertainty about the timing and dispersion further south at the landfall area.

The cyclone has already claimed lives of at least 7 people in Mozambique, displaced 4 242 and affected 32 222.

The Zambezi river basin has reached its maximum capacity and the propagation of the flood to the lower Zambezi is expected, affecting the provinces of Tete, Sofala, Zambezia and Manica.

Residents are urged to follow official emergency channels and local authorities as well as further development of the flood situation and the cyclone. 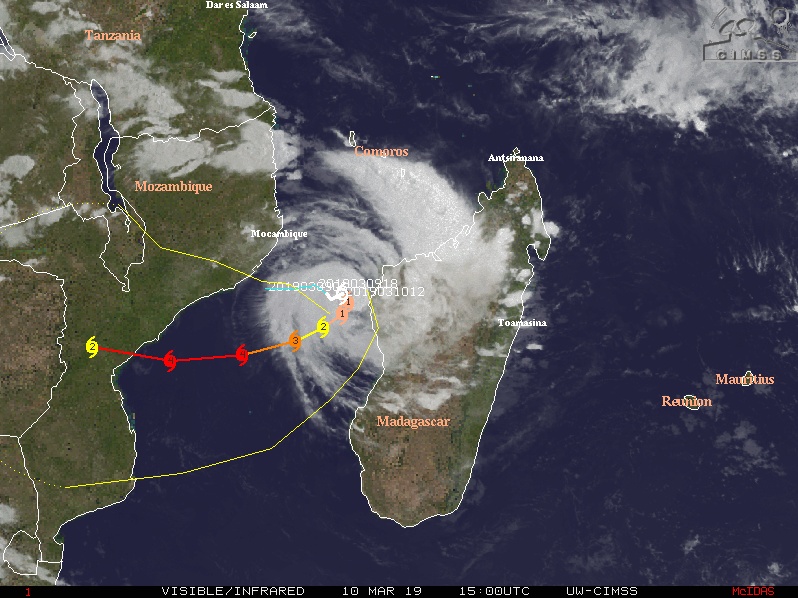 Its center was located about 30 km (18 miles) south of Nova Juan island at the time. 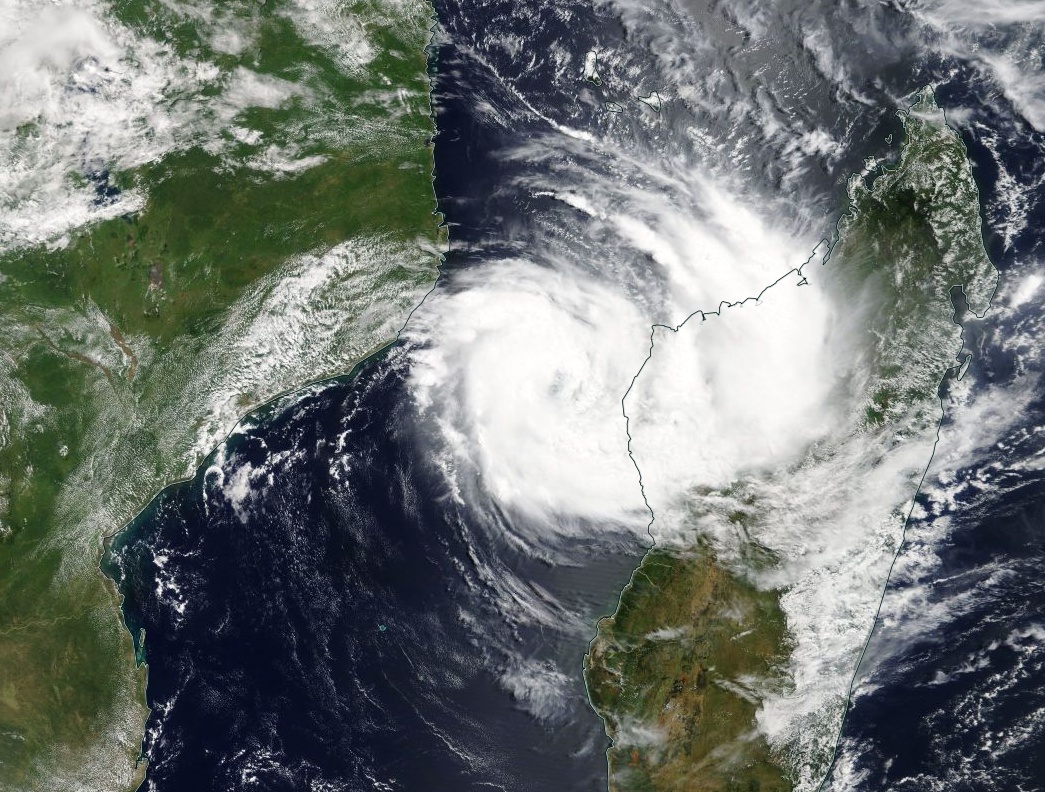 "With the weakening of the near-equatorial ridge and the strengthening of the subtropical ridge, the Moderate Tropical Storm 'Idai' remains in conditions of almost no guiding flow," RSMC La Reunion said. "It is necessary to wait almost 24 hours for the system to resume a better-defined track towards the west-southwest."

At the end of Monday, March 11, the Idai should accelerate WSW steering by the subtropical ridge and make landfall over Mozambique coastlines on Thursday, March 14.

On this track, environmental conditions are favorable for intensification with an intensification rate allowing it to reach the tropical cyclone threshold within 24 hours.

The period of limited displacement over the next 24 hours will, however, consume the ocean's energy potential and will temporarily limit the intensification before the resumption of Idai's displacement.

In these conditions, the likelihood that a mature system with a high intensity lands over Mozambique is very high. 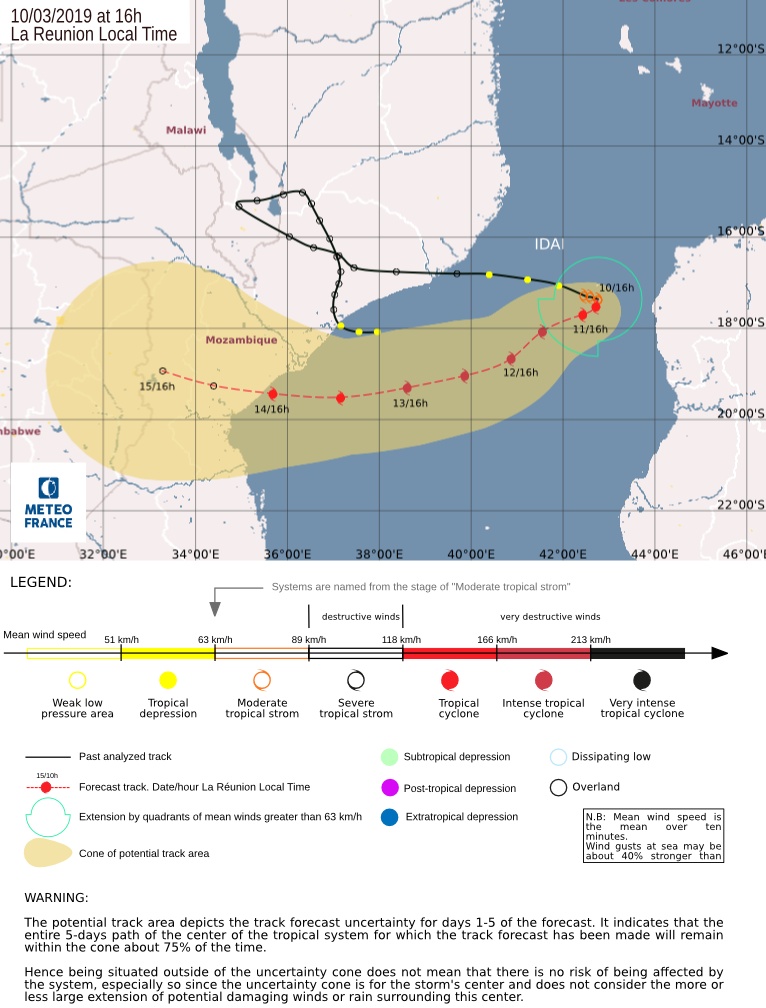 Idai moved over Mozambique and Malawi as a tropical disturbance this week, dropping heavy rain. It affected 115 000 people in Malawi, left 23 people dead, 29 injured and 12 missing.

These numbers are expected to rise in the days ahead as assessment teams reach additional areas and further information becomes available.