Heavy monsoon rains affecting Myanmar since July 9 have caused the worst floods the country has seen in 30 years. More than 148 000 people have been displaced, at least 16 killed and nearly 28 000 still in their flooded homes, as of August 2. More heavy rainfall is expected in the weeks ahead.

According to the Myanmar government, an estimated 148 386 people are currently taking refuge in 327 temporary camps.

Nearly 28 000 are still in their flooded homes, local Myanma Alinn newspaper reports. They are either unable to escape to shelters or are opting to stay in the hope that water levels will start to recede.

The worst affected is Bago Region where some rivers exceeded flood stage by 1 to 1.8 m (3.3 – 5.9 feet). Other affected provinces include Karen (Kayin), Mon and Tanintharyi with dozens of dams and reservoirs overflowing. 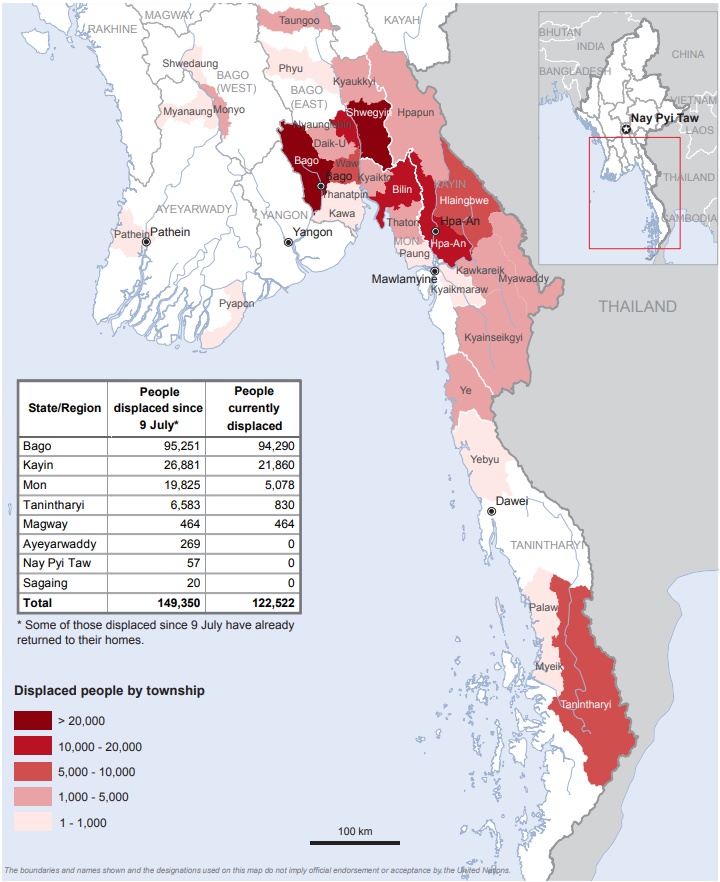 A vast area of farmland across the four provinces is underwater (more than 12 000 hectares (30 000 acres)) and the situation will only get worse as the country is now entering peak monsoon season (May/June – October).

"In the past, floods occurred regularly but not as badly as they have this year. This year, it’s record-breaking," said Saw Tha Phoe, a spokesperson for the environmental group Karen Rivers Watch.