Severe Tropical Storm "Ampil," the 10th named storm of the 2018 Pacific typhoon season, slammed into eastern China on July 22, 2018, and passed very close to Shanghai, China's biggest city and a global financial hub with a population of 24.1 million.

The storm brought heavy rain and strong winds to Shanghai and neighboring regions, forcing authorities to issue a Yellow alert (2 of 4) and evacuate a total of 192 727 people living in coastal areas of Shanghai Municipality.

The storm then took a 'sudden and unexpected' turn to the north, bringing heavy rain and strong winds to Shanghai but its eye away from the city.

More than 42 500 people were evacuated in neighboring provinces of Zhejiang and Jiangsu and more than 28 000 ships including 22 900 fishing boats ordered to return to port in Zhejiang.

At 03:00 UTC on July 23, Ampil's maximum sustained winds were 65 km/h (40 mph), according to the JTWC. The environmental analysis shows the storm still has weak to moderate poleward outflow and low vertical wind shear.

It is expected to continue tracking northwestward and gradually turn northeastward over the next 12 to 36 hours. 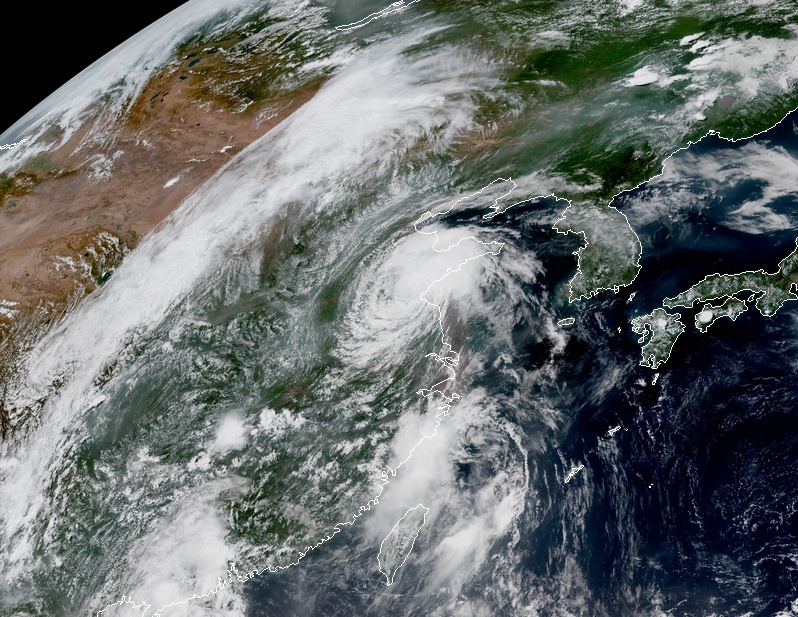 Land interaction will continue affecting the cyclone, although it will briefly pass over the Bohai Sea, and Ampil should weaken to 37 km/h (20 mph) by 03:00 UTC, July 25.

Heavy rain will continue affecting the region over the next few days raising the threat of further flooding.