Typhoon "Maria" reached Super Typhoon status late July 5, 2018, after a period of rapid intensification just west of Guam. Maria thus became the first Category 5 Super Typhoon of the 2018 Pacific typhoon season. The system is forecast to hit Okinawa with Category 4 hurricane equivalent force around 06:00 UTC on July 10 and then head toward Shanghai, China.

The animated multispectral satellite imagery shows that Maria has maintained an excellent cloud structure with a tightly defined 13 km (8 miles) wide eye feature over the past 6 hours. 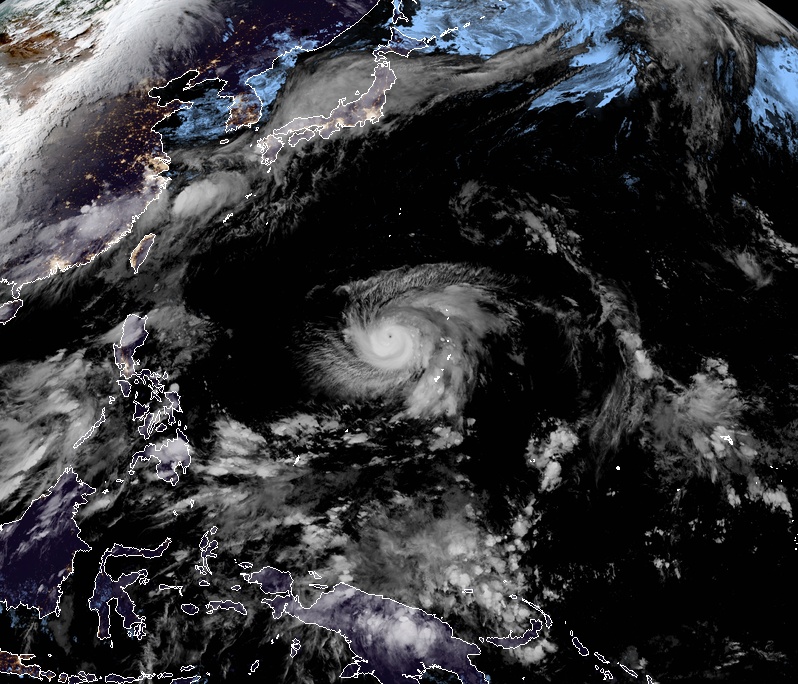 Satellite imagery obtained at 05:18 UTC today indicate that the typhoon is undergoing an eyewall replacement cycle which means it may experience a slight and brief weakening as the outer eyewall contracts before another re-intensification phase.

The storm is forecast to continue tracking northwestward over the next 36 hours and turn west-northwestward after 06:00 UTC, July 9.

Maria is expected to reach Okinawa, Japan around 06:00 UTC on July 10 with winds around 215 km/h (133 mph), equivalent of Category 4 hurricane on the Saffir-Simpson Hurricane Wind Scale. After that, Maria is expected to head toward Shanghai, China and possibly reach the coast with maximum sustained winds of 185 km/h (115 mph), Category 3 hurricane equivalent.

While it's still far to soon to determine the exact track of this typhoon, interests in Japan, China, the Korean Peninsula, and Taiwan are advised to closely monitor its progress.