A fragment of asteroid 2018 LA which collided with Earth on June 3, 2018, was recently recovered in the Central Kalahari Game Reserve in Botswana. The asteroid was detected some 7 hours before it exploded over South Africa – Botswana border region at 16:53 UTC on June 2, 2018. This is only the third time that an asteroid has been discovered to be on an impact trajectory. After disruption, the asteroid fragments were blown by the wind while falling down, scattering over a wide area.

Calculations of the landing area were done independently by a US-based group headed by Peter Jenniskens of SETI Institute in California, as well as Esko Lyytinen and Jarmo Moilanen of the Finnish Fireball Network (FFN).

The first meteorite was found after five days of walking and scouring around by a team of geoscientists from Botswana International University of Science and Technology (BUIST), Botswana Geoscience Institute (BGI) and University of Botswana’s Okavango Research Institute (ORI). 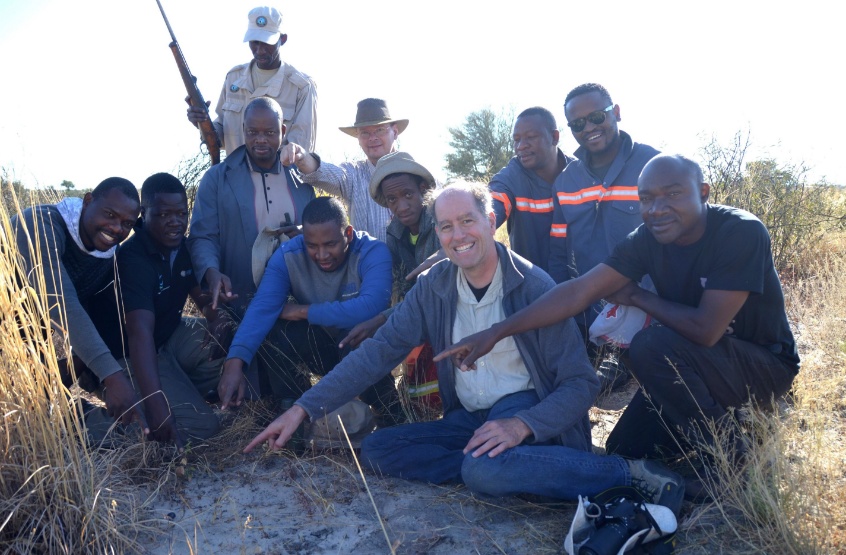 Jenniskens teamed up with Oliver Moses (from ORI), to gather security surveillance videos in Rakops and Maun, to get better constraints on the position and altitude of the fireball’s explosion. Professor Alexander Proyer, from BIUST, led the joint expedition while Mohutsiwa Gabadirwe, BGI senior curator, coordinated access to the protected fall area in the game reserve.

Professor Roger Gibson, Head of School at the School of Geosciences at the University of the Witwatersrand in Johannesburg, South Africa, also assisted in locating the fall area.

The meteorite was eventually spotted by BIUST geologist Lesedi Seitshiro on June 23 and handed over to the Botswana National Museum to be further investigated by a research consortium of scientists coordinated by Botswana Geoscience Institute (BGI). 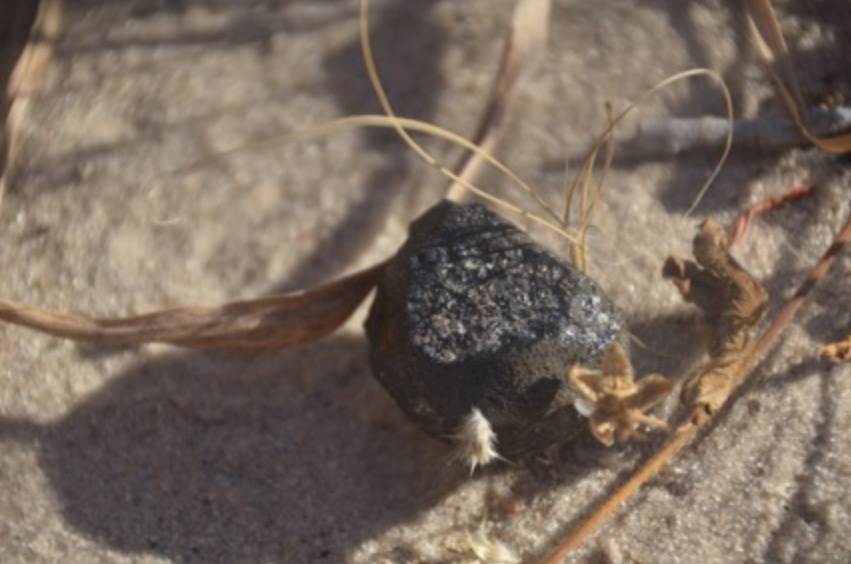 The importance of the find is two-fold: It has enormous scientific value and it allows to better calibrate the so-called "Earth Defense" against impacting asteroids, explains Riitta-Leena Inki of the University of Helsinki.

The explosion was captured on a security camera owned by Barend Swanepoel from Ottosdal, South Africa:

One witness from South Africa said the object was showing a yellow color as it was flying through the atmosphere, suggesting 2018 LA contained sodium, the same as 2013 Chelyabinsk asteroid.