An eruption has begun in the Leilani Estates subdivision in the lower East Rift Zone of Kilauea Volcano shortly before 03:00 UTC on May 4, 2018. Lava was confirmed at the surface in the eastern end of the subdivision. Hawaii County Civil Defense is on the scene and coordinating needed response including the evacuation of up to 10 000 residents of the Leilani subdivision.

Warning sirens sounded across the Big Island a couple of hours ago as Hawaii County Civil Defense urged residents of Leilani Estates to flee the approaching lava streams.

Lava fountains were shooting 46 m (150 feet) in the air, and molten lava spread out over an area about 183 m (600 feet) wide behind one house in Leilani Estates, residents reported.

The county has ordered evacuations for all of Leilani Estates, some 1 700 people. Nearby community centers have opened for shelter. 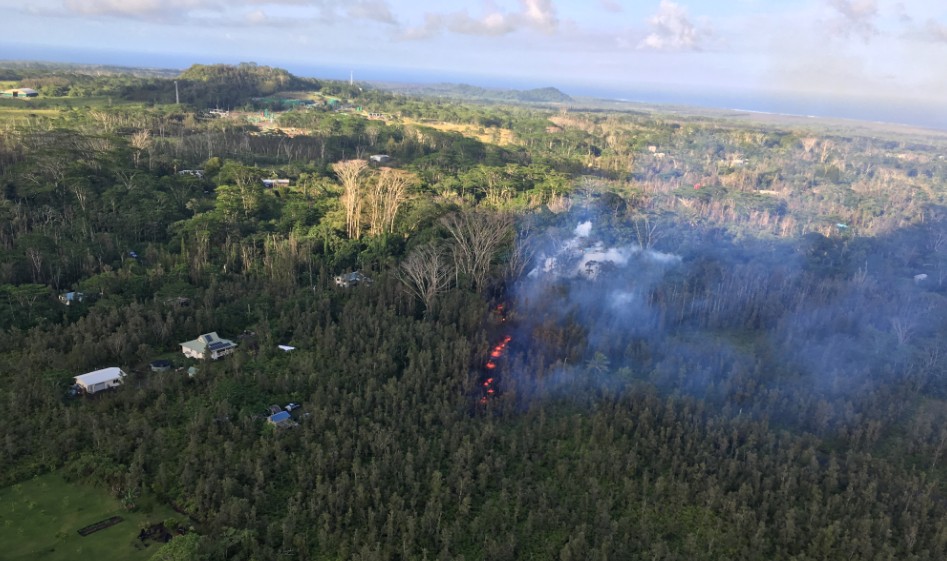 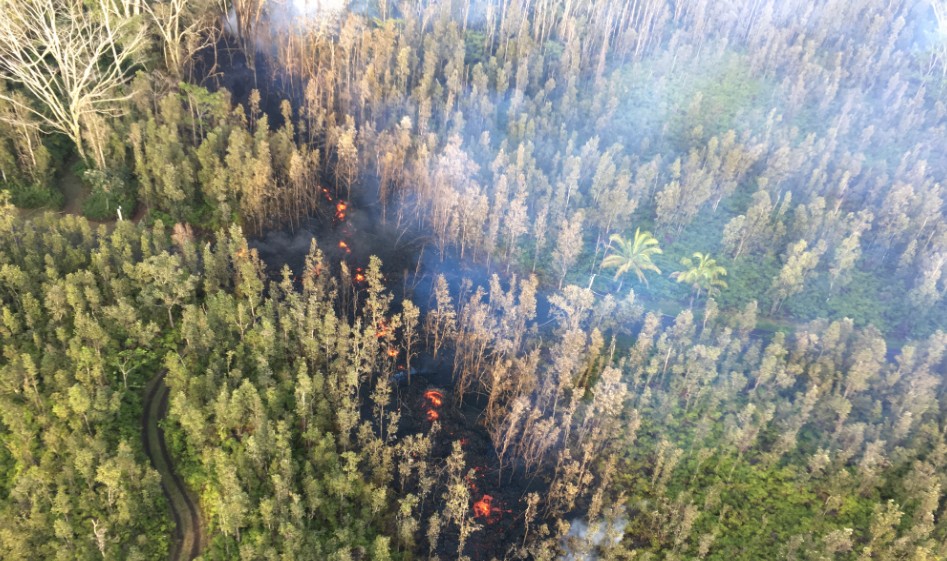 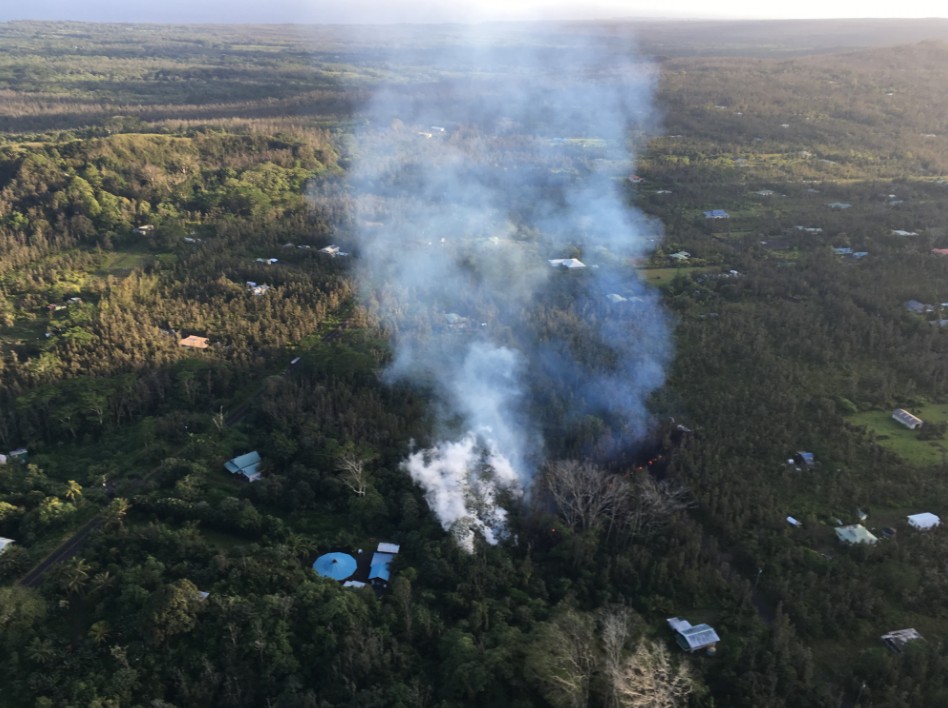 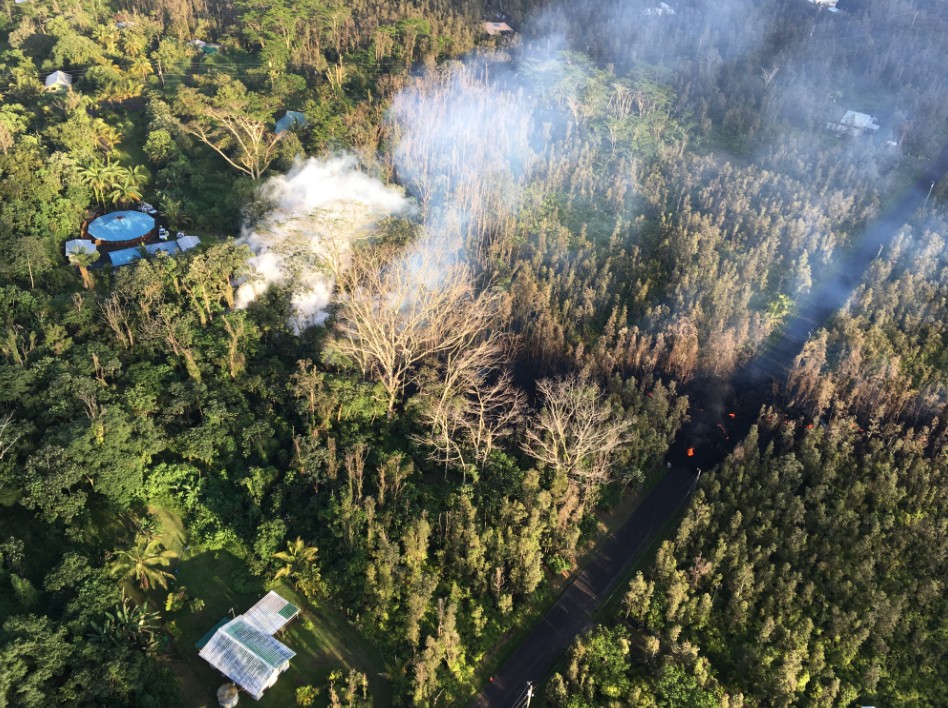 A robust but short-lived, reddish-brown plume of ash produced by this event lofted skyward and is continuing to dissipate as it drifts southwest from Pu‘u ‘Ō‘ō. Anyone downwind may experience a dusting of ash, the Hawaiian Volcano Observatory (HVO) said. 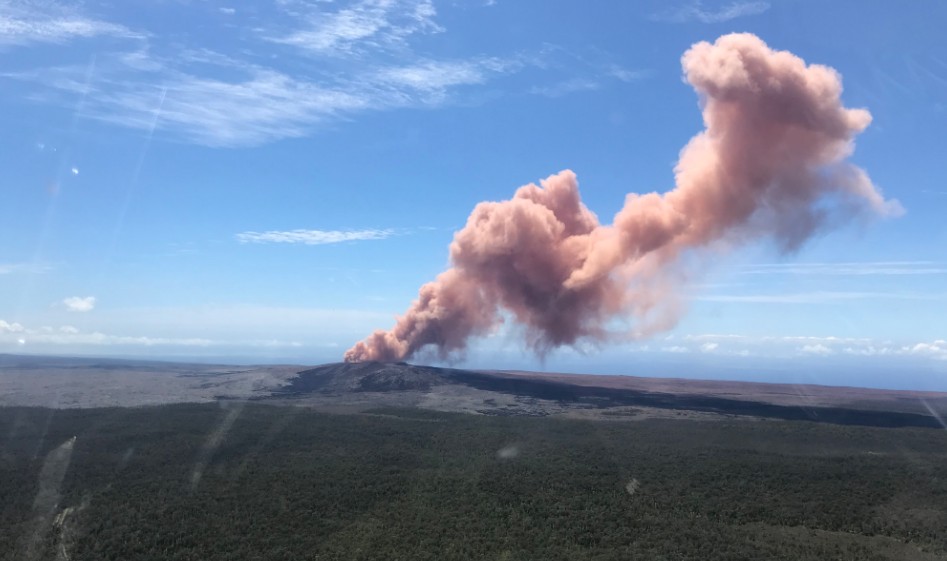 Residents of the lower Puna District should remain alert, review individual, family, and business emergency plans, and watch for further information about the status of the volcano, HVO said.

Hawaii County Civil Defense messages may be found at http://www.hawaiicounty.gov/active-alerts/.

New ground cracks were reported in Leilani Estates over the past couple of hours, HVO reported 03:35 UTC. White, hot vapor and blue fume emanated from an area of cracking in the eastern part of the subdivision and spatter began erupting shortly before 03:00 UTC.

Areas downslope of the erupting vent are at risk of lava inundation. At this time, the general area of the Leilani subdivision appears at greatest risk.

The opening phases of fissure eruptions are dynamic, HVO said, adding that additional vents and new lava outbreaks may occur and at this time it is not possible to say where new vents may occur.

HVO and the County of Hawaii are on the ground and conducting overflights to further identify characterize activity and identify the direction of flowing lava.

Lava Eruption From Mohala Street In Leilani Estates Subdivision, Thursday, May 3 At 6:50 PM

Department of Public Works reports steam and lava emissions from a crack in Leilani Subdivision in the area of Mohala Street.

Due to the eruption, the following are issued:

Hawaii County Civil Defense, Police, Fire and partners continue to assist evacuation efforts and monitor the situation. You will be informed of any conditions that affect your safety.

Thank you.  This is your Hawai’i County Civil Defense Agency.

The eruption in the Leilani Estates subdivision in the lower East Rift Zone of Kīlauea Volcano that began in late afternoon ended by about 04:30 UTC, HVO reported 06:13 UTC.

At this time, the fissure is not erupting lava and no other fissures have erupted along the rift zone.

Tiltmeters at Kīlauea's summit continue to record deflationary tilt and the lava lake level has dropped about 37 m (121 ft) in the past 24 hours.

Seismic activity has not changed significantly during the day or since the brief fissure eruption.

Since late afternoon May 3, at least three small fissure vents have opened in Leilani Estates subdivision in the lower Puna district. At this time, activity consists mostly of vigorous lava spattering but additional outbreaks in the area are likely. Deflationary tilt at the summit of the volcano continues and the lava lake level continues to drop. 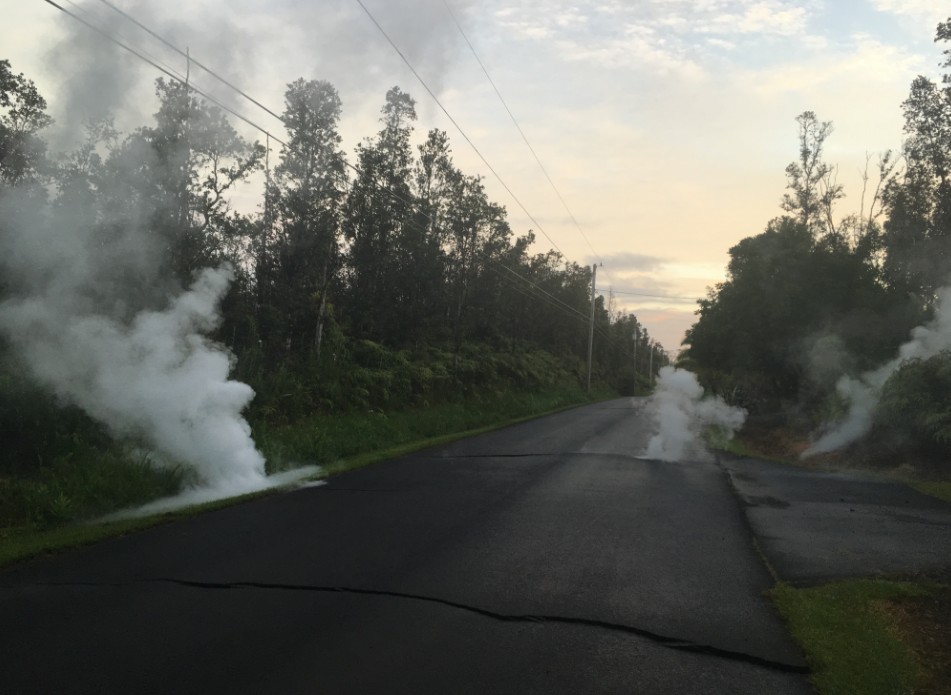 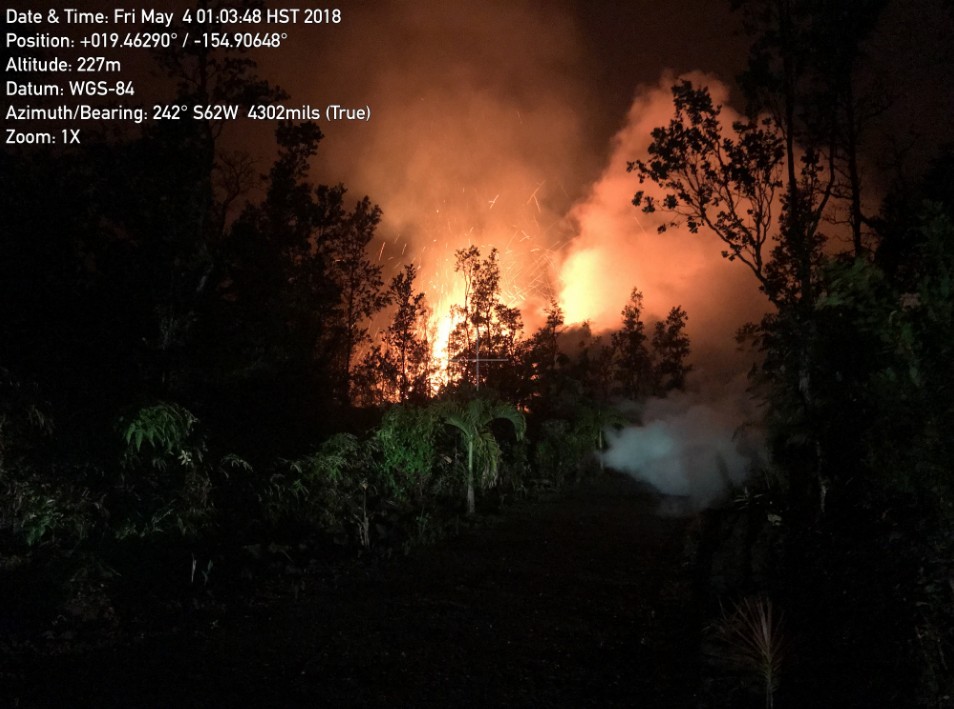 Photos and maps of activity will be posted to the HVO web site as they become available. https://volcanoes.usgs.gov/volcanoes/kilauea/multimedia_chronology.html

A strong and shallow M5.4 earthquake hit 18 km (11.2 miles) SW of Leilani Estates, Hawaii at 21:32 UTC. This is the strongest earthquake in this region since increased seismicity began a couple of days ago.

According to Hawaii News Now, the temblor was centered on the south flank of Kilauea and was felt as far away as Oahu. It triggered several landslides along the Hamakua Coast, including one that closed a lane for several hours.

About 14 000 customers lost power in Kaumana, Hilo and Puna but power has since been restored. 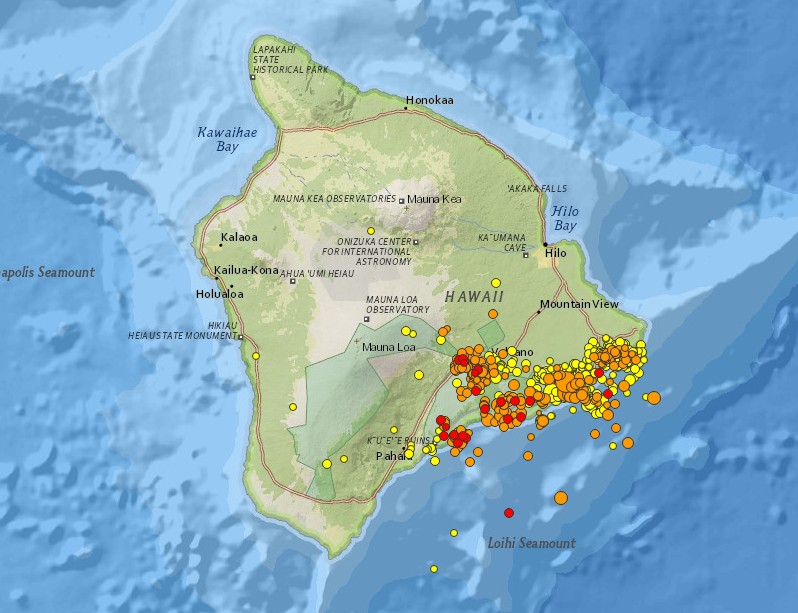 At least two structures were significantly damaged as a result of the eruption and a number of roads have been covered in lava or severely damaged.

At this time, there are 770 structures and 1 700 people in the area under mandatory evacuation, said Cindy McMillan, a spokeswoman for Gov. David Ige.