The first multi-day severe weather event of the year is taking aim at the Plains and Midwest this week. The first round is expected to ignite on Monday afternoon, April 30, 2018.

An expansive upper level system shifting slowly through the Southwest brings cooler conditions and mainly light to moderate rain and mountain snows to much of the Northwest and into the northern Rockies through Tuesday, which shifts south into the central Rockies/mountains of Utah Wednesday, NWS meteorologists Roth and Santorelli noted.

Return moisture ahead of this system will lead to the development of showers and thunderstorms across the southern Rockies and the adjacent High Plains today, which shifts eastward with a frontal zone into the central Plains and upper Midwest on Tuesday and Wednesday, May 1 and 2.

The Storm Prediction Center has highlighted a marginal to slight risk for severe weather Monday across much of the Plains. By Tuesday, the severe threat moves into the central Plains and the Midwest where a slight to enhanced risk is possible.

As a frontal wave develops in northern Kansas, heavy rain is anticipated across eastern Nebraska into southwest Iowa Tuesday afternoon into Wednesday morning, where a slight risk of excessive rainfall is possible.

On Wednesday, the severe weather threat edges southward into Kansas and Oklahoma near the wave of low pressure and a dryline to its south. 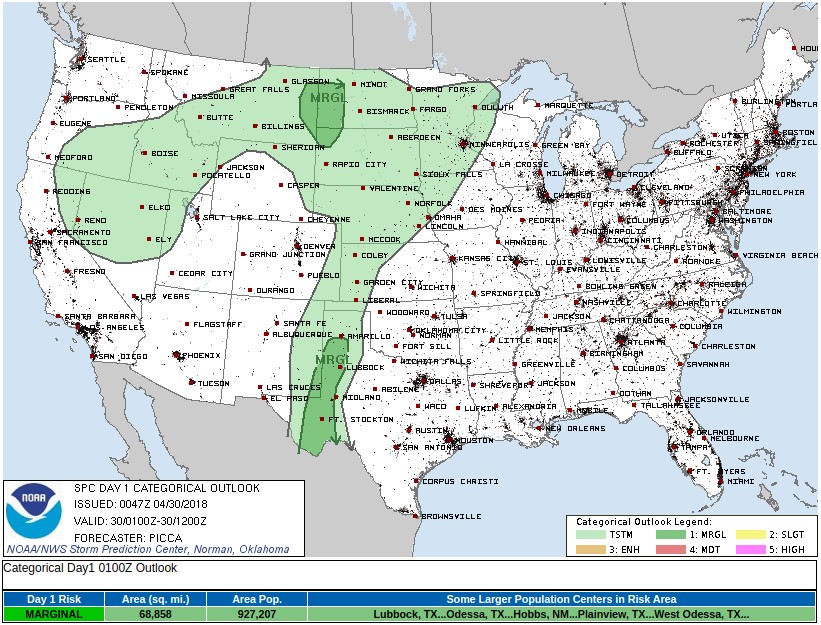 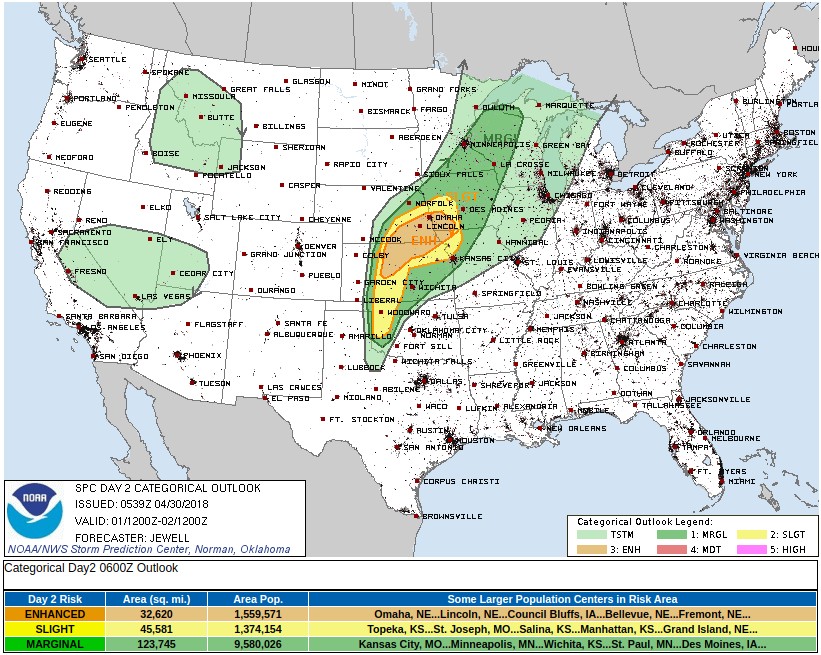 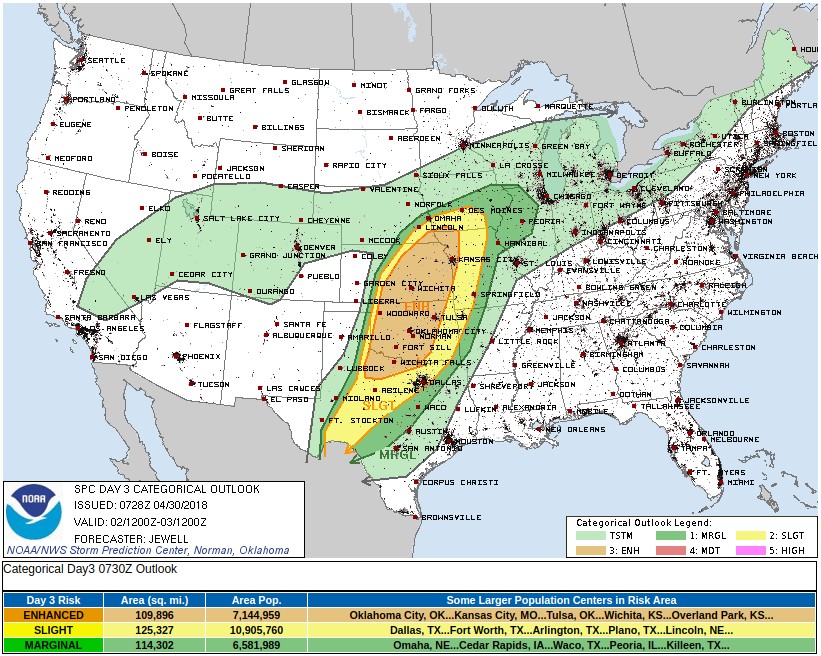 Very warm temperatures are expected with afternoon highs as much as 5 – 8 °C (10 to 15 °F) above normal across the central U.S., which expands eastward into the Midwest and the upper Great Lakes.

The warm, dry, and windy conditions will allow for an elevated to critical fire weather threat near New Mexico through Tuesday with the southern High Plains remaining at risk into Wednesday. Widespread red flag warnings are in effect across both of these regions.

A lingering surface low over New England will continue to support scattered showers and overnight snow showers to parts of the Northeast and the Central Appalachians. Places across much of the Eastern states will begin the week on the cooler side, but temperatures should quickly rebound to above normal by mid-week as a high pressure system across the Southeast and Sargasso Sea takes on a Bermuda High configuration from Tuesday onward.

An elevated fire weather risk exists near and northeast of Washington D.C. today due to low dewpoints and a gusty northwest wind.