Following unprecedented road conditions across Morocco on January 20, 2018, when 5 000 km (3 100 miles) of roads were closed due to what authorities described as 'exceptional' snowfall, heavy snow arrived to the country's southern regions on January 29, for the first time in 50 years.

To address the unprecedented road conditions earlier this month, the Moroccan Ministry of Equipment, Transport, and Logistics mobilized 117 snow plows, acknowledging that the blockages disproportionally affected rural areas and promising huge investment in rural roads. The minister also made a public reminder that, before getting behind the wheel, Moroccans can use the application “MaRoute” to access the most recent information about the state of the roads across the country, the Morocco World News reported.

As if that wasn't enough, an unusually heavy snowfall started affecting Morocco's southern regions on January 29, after several decades of extremely dry weather. The snowfall is currently affecting Ouarzazate (gateway to the Sahara Desert), Taroudant and even Zagora, which hasn't experienced snowfall since 1968.

Head of communications at the National Meteorological Directorate blamed the cold weather and southern snow on the influence of a very low pressure area, adding that similar weather (cold, snow and rainfall) should be expected across the country at least until Thursday, February 1. 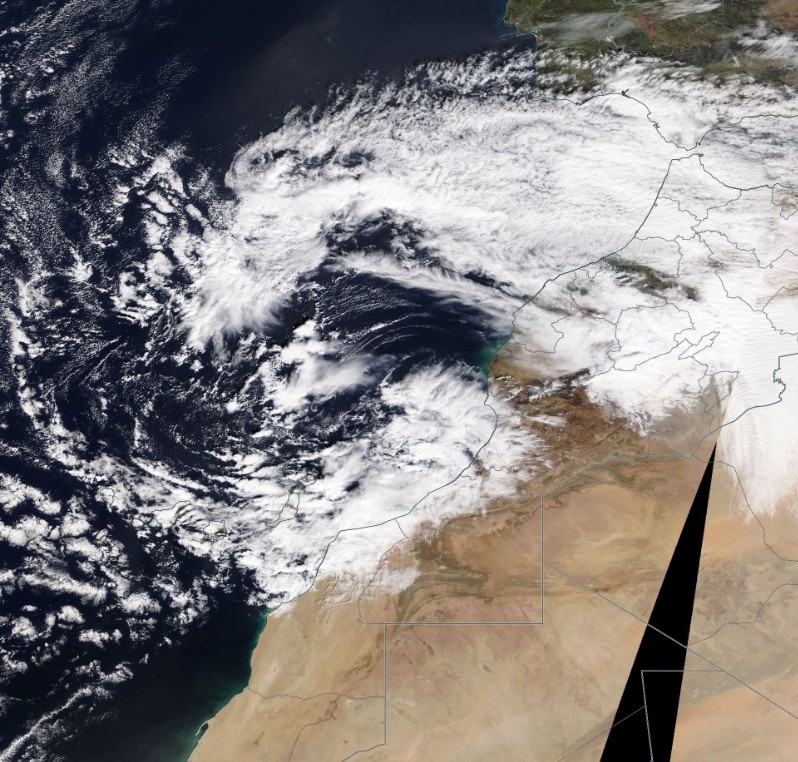