Typhoon "Saola," the 22nd named storm of the 2017 Pacific typhoon season, dumped record-breaking rain on the island of Kyushu, Japan over the weekend. At least 3 people have been injured.

Two women, aged 79 and 86, were injured in Miyazaki and Oita prefectures after they fell down and broke their legs.

A man plays in stormy seas as #Saola passes by Okinawa, Japan. The storm comes just a week after Typhoon Lan hit the area. pic.twitter.com/aRQoeUEBTH 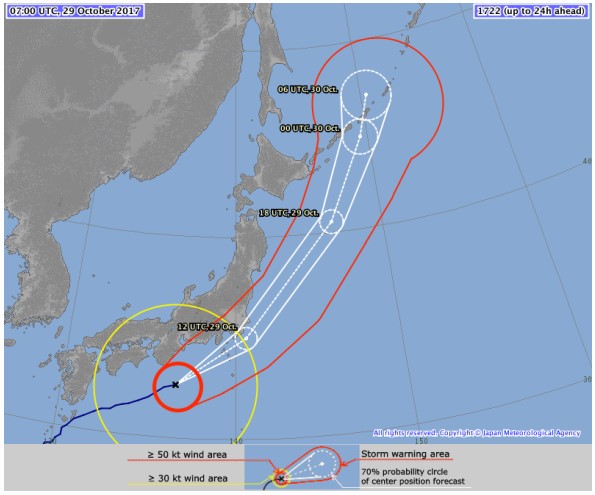 The typhoon disturbed transportation networks, forcing operators to cancel some services. According to the Japan Times, a total of 86 flights, mostly in Kyushu and Okinawa, were canceled Sunday.

Saola affected the country in the wake of Typhoon "Lan," which brought heavy rain and strong winds to much of the country just a week ago, killing 7 people and injuring nearly 100 others.