Ophelia became a hurricane on October 11, 2017 thus becoming the 10th consecutive Atlantic named storm to reach hurricane status, tying the all-time record set in 1878 and equaled in 1886 and 1893, according to Dr. Philip Klotzbach, a meteorologist at CSU specializing in Atlantic basin seasonal hurricane forecasts.

Ophelia is expected to transition to a hurricane-force post-tropical cyclone by Monday, October 16 when it moves near Ireland and the United Kingdom. While the system will likely bring some direct impacts to portions of these areas, given the forecast uncertainty at these time ranges it is too soon to determine the exact magnitude, timing and location of the impacts. 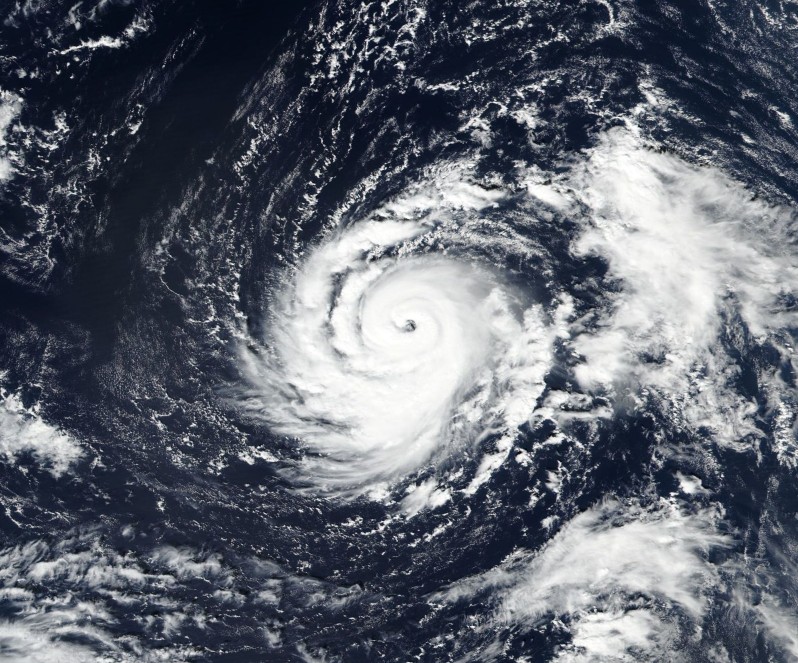 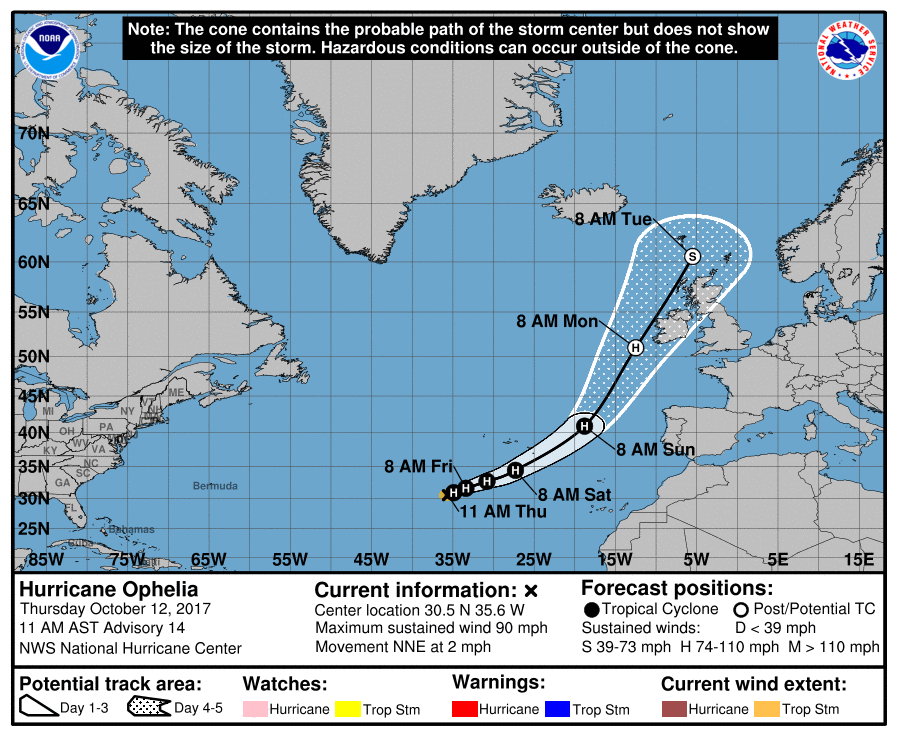 Ophelia is drifting NNE around 4 km/h (2 mph). A slow northeastward motion is expected to begin within the next 12 hours, followed by a faster ENE motion on Friday and Saturday.

Ophelia's satellite presentation consists of a distinct eye in infrared imagery surrounded by a ring of cloud tops of -50 to -70 °C (-58 to -94 °F). Little change in intensity is expected during the next 48 hours, as Ophelia will remain over sea surface temperatures of 25 – 26 °C (77 – 78.8 °F) and in a low to moderate shear environment, NHC's forecaster Brennan noted.

After that time, the cyclone should begin extratropical transition as it interacts with a potent mid-latitude trough moving eastward across the North Atlantic. This baroclinic interaction should maintain Ophelia at hurricane intensity through 96 hours, with slow weakening expected after that time as the extratropical cyclone occludes. 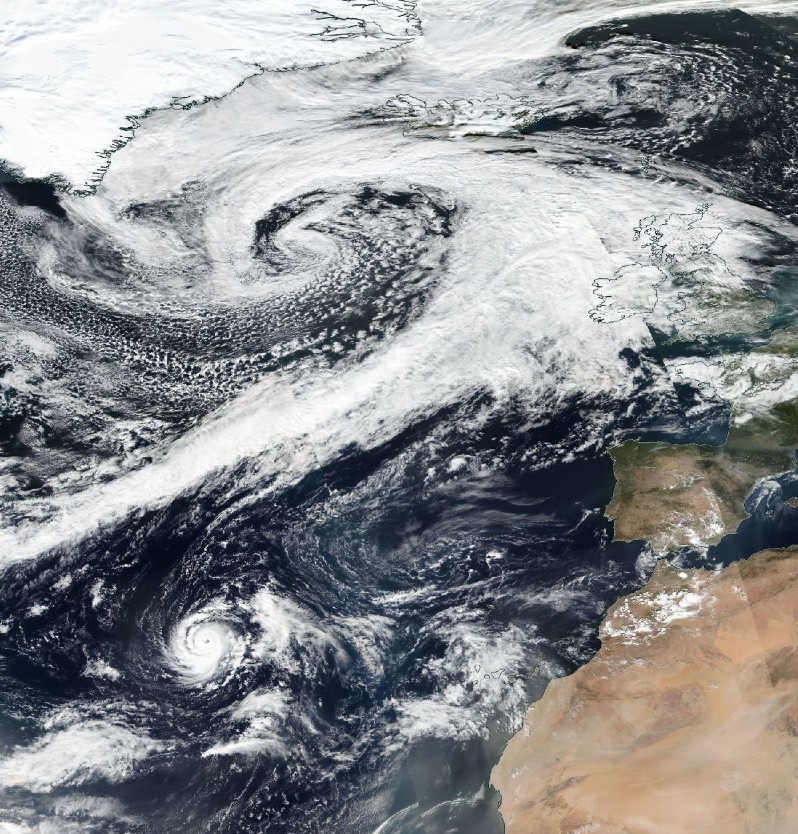 Ophelia is expected to transition to a hurricane-force post-tropical cyclone by Monday, October 16 when it moves near Ireland and the United Kingdom. While post-tropical Ophelia will likely bring some direct impacts from wind and heavy rain to portions of these areas, as well as dangerous marine conditions, given the forecast uncertainty at these time ranges it is too soon to determine the exact magnitude, timing and location of the impacts.

Residents in Ireland and the United Kingdom should monitor the progress of Ophelia for the next several days.

Due to this system, the 2017 Atlantic hurricane season has moved up into 7th place for full-season Atlantic Accumulated Cyclone Energy (ACE), surpassing 1950. The Atlantic has now produced 48 hurricane days this year, which is the most through October 12 since 1995 and 6th most on record through October 12, according to Klotzbach.

It is a very destructive season and likely the costliest on record, with a preliminary total of over US$186.8 billion in damages, nearly all of which was due to three of the major hurricanes of the season – Harvey, Irma, and Maria.

The season is also one of only six years to feature multiple Category 5 hurricanes. This season is the only season on record in which three hurricanes each had an ACE of over 40: Irma, Jose, and Maria.

The season officially began on June 1 and will end on November 30. Plenty of time for more records.