The M5 buoy off the southeast coast of Ireland recorded one individual wave reached a startling height of 17.81 m (58.4 feet) on Monday, October 16, 2017, the Irish Weather Buoy Network (IWBN) confirms. This is now the biggest individual wave ever recorded off the Irish coast. The same buoy also measured a record significant wave height (Hs) of 12.97 m (42.55 feet).

Record wave heights were captured by the Irish Weather Buoy Network during Ex-hurricane "Ophelia" on Monday, October 16, causing one of the five weather buoys to break its moorings.

The M5 weather buoy subsequently broke away from its mooring and the Marine Institute coordinated the retrieval process as a matter of urgency. The M5 was recovered October 17 by the MV Puffin of Fastnet Shipping (Waterford) and brought ashore, IWBN said.

As Ophelia moved northwards, the M2 buoy to the east of Dublin also experienced a record significant wave height of 6.64 m (21.78 feet) measured at 18.00 on Monday, October 16. 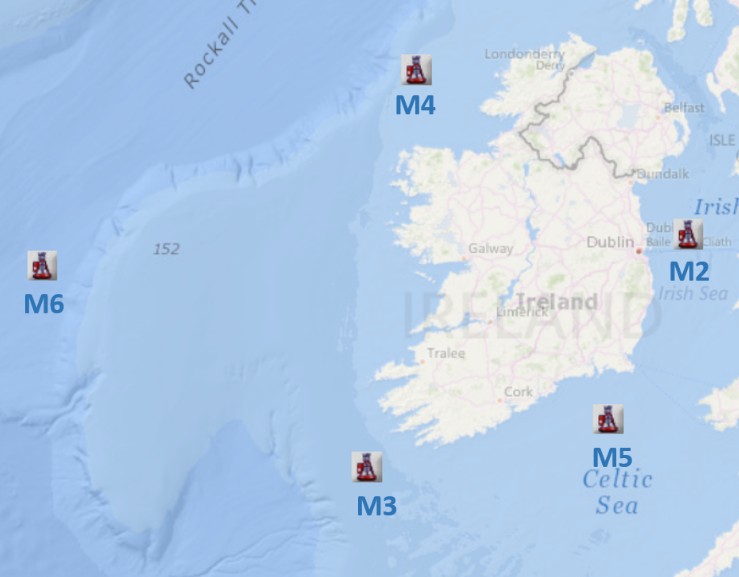 Heavy seas on board an Italian tanker near Cork Harbour, Ireland on Monday, October 16, 2017 under the effects of Ex-hurricane "Ophelia." Credit: Cataldo Gianluca

Featured image: Heavy seas on board an Italian tanker near Cork Harbour, Ireland on Monday, October 16, 2017 under the effects of Ex-hurricane "Ophelia." Credit: Cataldo Gianluca