A late-season tornado swept through the east side of Madison, Wisconsin on Saturday, October 7, 2017, damaging dozens of businesses and cutting off power to at least 600 people. After surveying the damage, the National Weather Service's Milwaukee region office said the tornado swept through East Washington Avenue and rated it EF-0

These showers weren't big/tall enough to produce lightning, but there was enough shear (changing wind directions and wind speeds) and instability, coupled with a very moist atmosphere, to cause many of the showers to rotate. The shower that moved through the east side of Madison was strong enough to produce a tornado along East Washington Ave, tracking northeast to the Interstate 39/90. 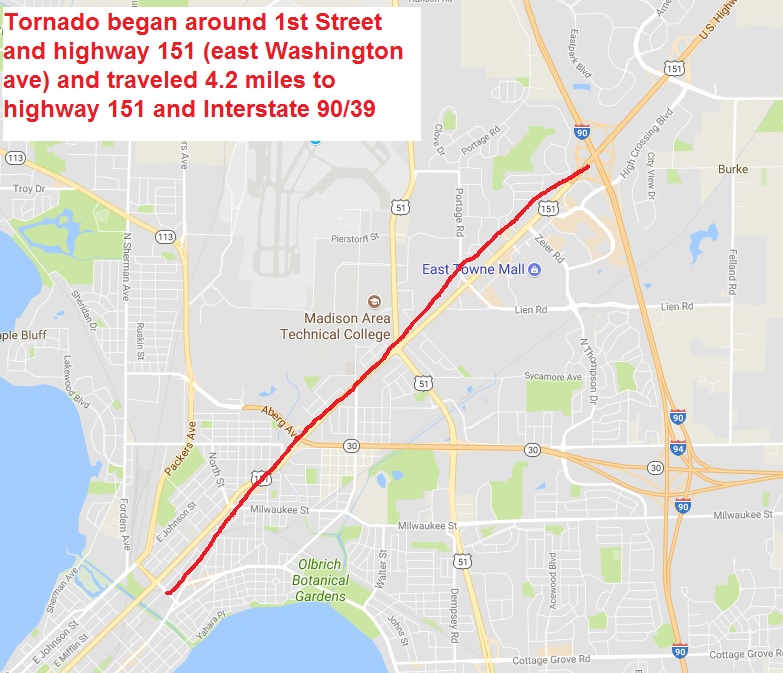 The visible animation, above, from GOES-16, shows a thin line of weak convection moving through the central part of the state.

The top left quadrant is reflectivity, top right is velocity, bottom left is reflectivity and bottom right is Correlation Coefficient (CC). CC is is a dual-pol product that allows us to see if debris is being lofted into the storm from a tornado. You'll see at around 17:02 there is a good CC signature of the debris (mostly leaves). 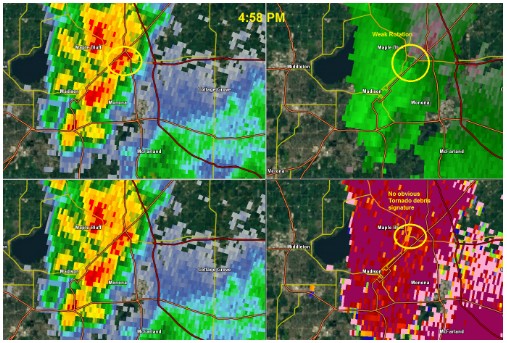 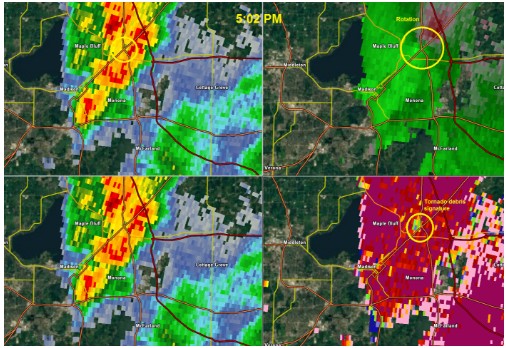 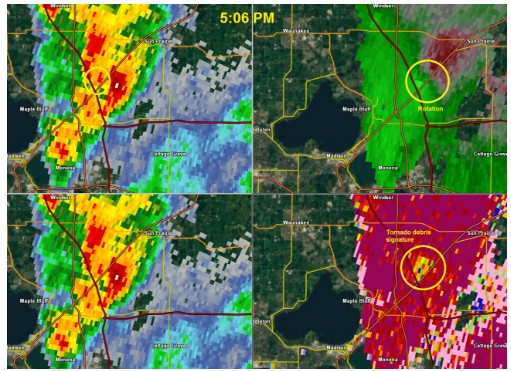 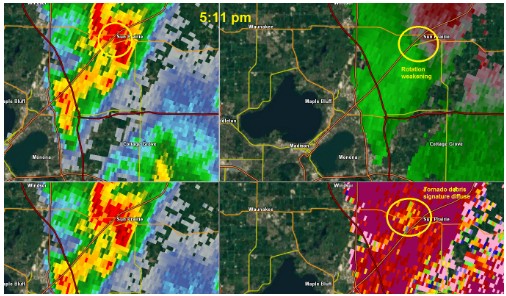 "All of this information is preliminary and subject to change as our survey crew assesses the damage, path, strength, and timing," NWS said. "We have received reports of several trees down, some trees on homes, and damage to a few businesses."

The pictures below are from John Marion and provided by Milwaukee SKYWARN: 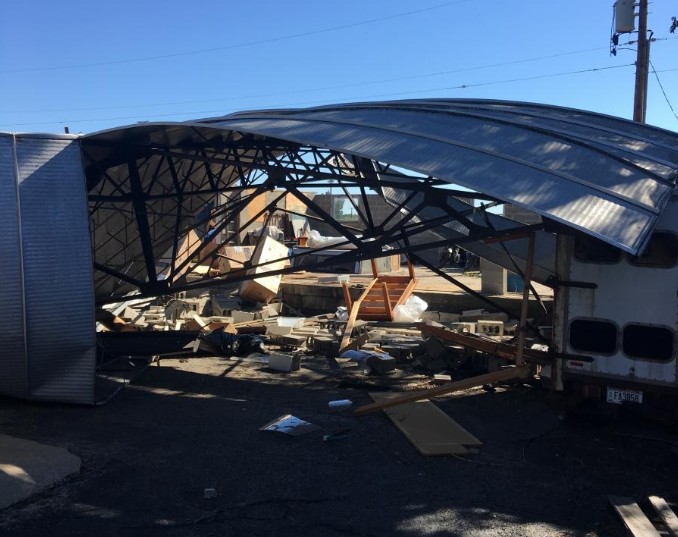 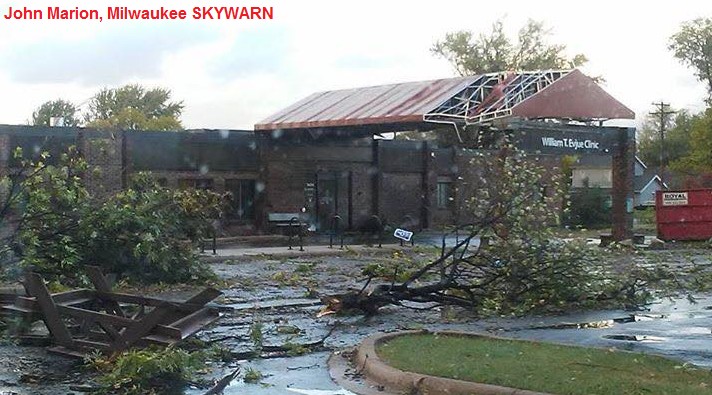 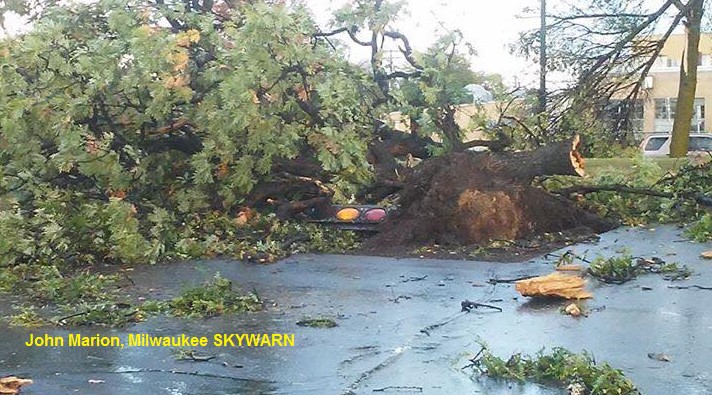