The Environmental Management Authority (EMA) of Trinidad and Tobago received a report on the evening of September 27, 2017 of water and mud bubbling from a hole in the ground in the vicinity of LP 22 Macaya Trace, Munroe Road, Cunupia. A joint site visit with geologists and seismologists from UWI took place on September 28 and it was determined that the feature is a hydrothermal mud volcano.

An initial assessment conducted by the EMA on the same evening revealed that in addition to water and mud bubbling from the ground, heat/ steam and unknown pungent gas were being emitted. Further, there was no pipeline or associated infrastructure in the vicinity of the site.

A joint site visit with geologists and seismologists from The University of West Indies (UWI) took place on September 28, 2017 and it was determined that the feature is a hydrothermal mud volcano. Subsurface waters are being heated along deep faults and brought up to the surface at this site. This feature appears to be the first occurrence of this kind within the Caroni Basin.

Another site visit was conducted on the morning of September 30 with the NGC and the TPRC and all activity at the site has stopped and no toxic or flammable gases were detected. The EMA will continue monitoring the site and keep communications open with the relevant agencies in the event that the site becomes active again.

Mud volcanoes are nothing unusual for Trinidad and Tobago and are their geological feature. They are frequently found across South and Central Trinidad associated with the Central Range Fold Belt – which are belts of deformed sedimentary rocks are folded and duplicated by thrust faults.

The most famous and popular mud volcano in Trinidad and Tobago is the Devil's Woodyard in Piparo. Its last eruption occurred over twenty years ago. It buried homes, vehicles, and property, triggering emergency response effort that lasted for weeks. The area was declared a disaster area and some 300 residents evacuated after mud spewed as high as 60 m (200 feet) into the air, killing some livestock, and knocking out the electricity and water supply. The eruption killed one person and left 31 families homeless as thick mud buried 11 homes and 20 cars. 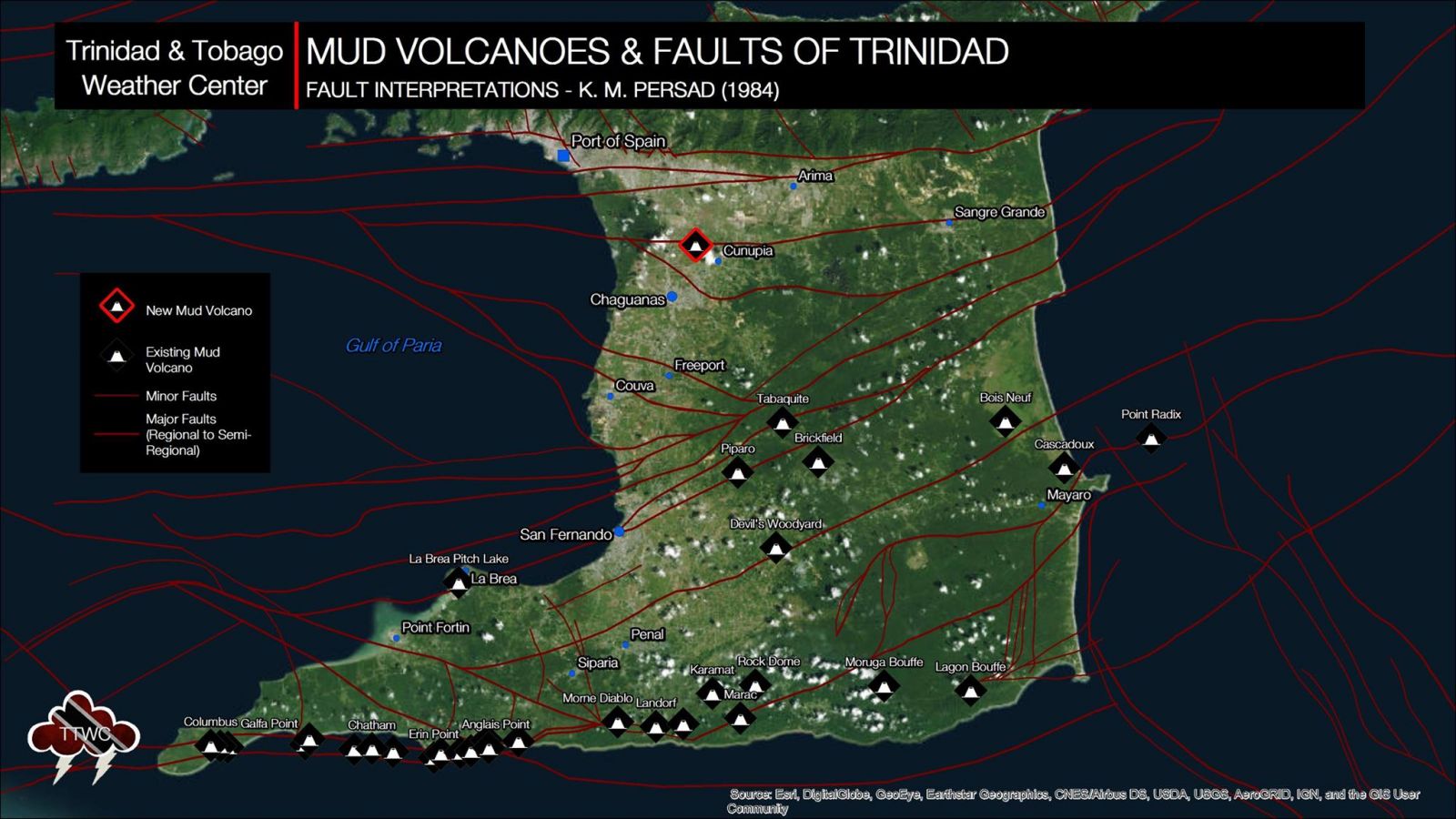 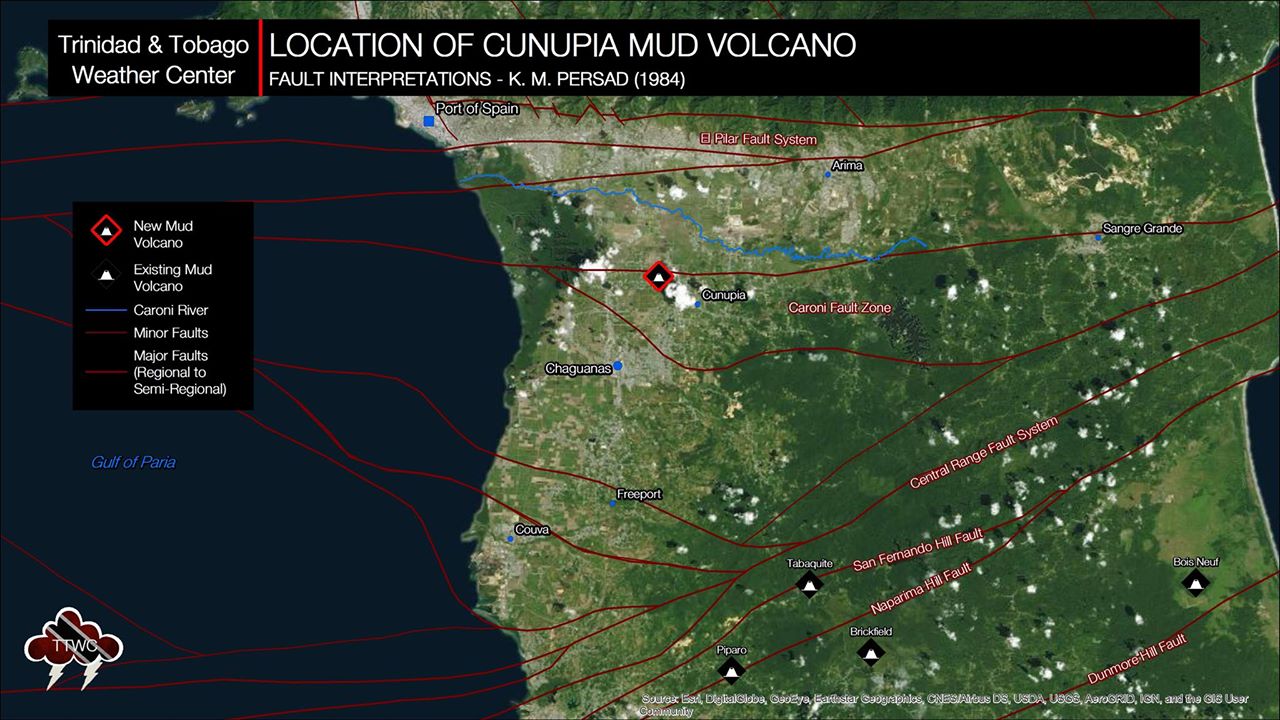 The uniqueness of this new mud volcano is that it occurs in the center of the Caroni Basin, an area generally not conducive for the formation of mud volcanoes, Trinidad and Tobago Weather Center (TTWC) said.

Local Geologist, Xavier Moonan suggests, "this feature appears to be hydrothermal in nature being fed by supercharged hot fluids at great depth which travel up the Caroni Fault zone."

For all mud volcanoes in Trinidad, gas is often the driving force, pushing mud from deep within the earth upwards towards the surface. The force is so great it can lift and break rock formations so that pieces of rock are sometimes thrown out with the mud when the volcano erupts. This is the case for Piparo, as well as nearly all mud volcanic eruptions in Trinidad.

"It is possible that this may be the first Hydrothermal Mud Volcano in Trinidad and Tobago," TTWC said. "Since this is preliminarily determined to be hydrothermal, a large, violent eruption is not expected based on the information at this time."