Tropical Storm "Franklin" formed 03:00 UTC on August 7, 2017 over the northwestern Caribbean as the sixth named storm of the 2017 Atlantic hurricane season. Franklin is strengthening and moving toward the Yucatan peninsula where it is expected to make landfall later today, move over it and make a second landfall over the Mexican state of Veracruz on Tuesday, August 8. Heavy rain brought by this cyclone could produce life-threatening flash floods. A dangerous storm surge will raise water levels by as much as 60 to 120 cm (2 to 4 feet) above normal tide levels.

On the current forecast track, the center of Franklin will be near the east coast of Yucatan peninsula by this evening (CDT). The system is expected to move across the peninsula tonight and on Tuesday. 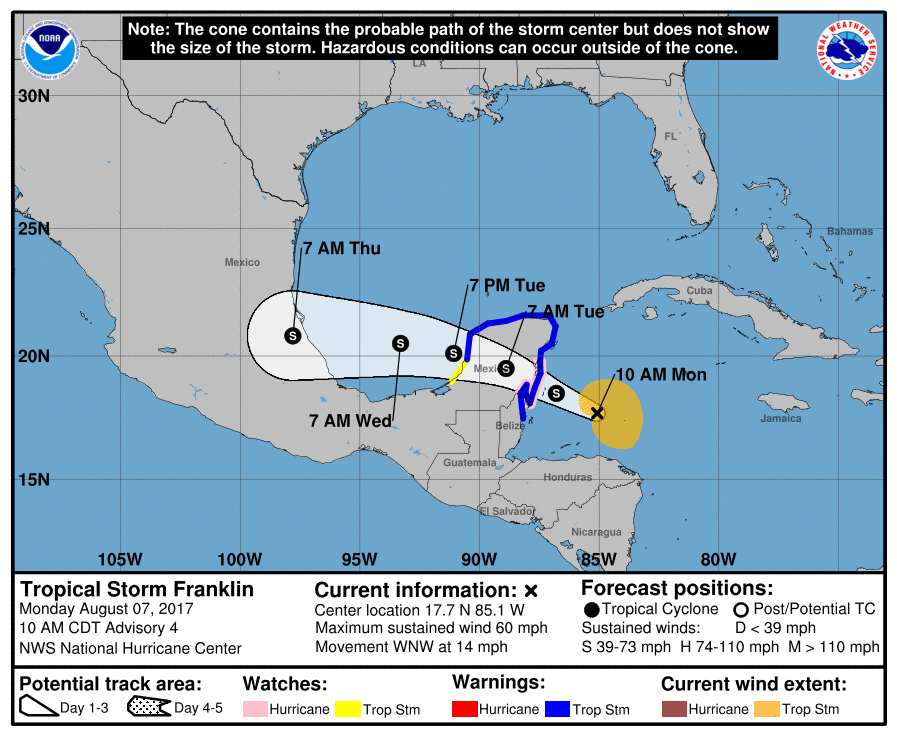 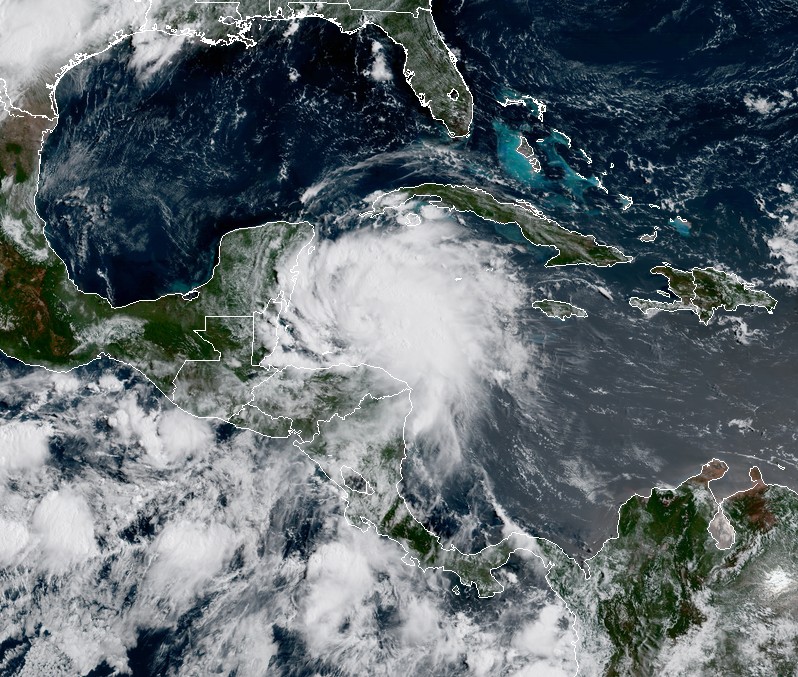 Strengthening is forecast until the center reaches the east coast of the Yucatan peninsula, and Franklin could be near hurricane strength by the time it makes landfall, somewhere near El Placer. Some weakening is likely while the system moves across the peninsula on Tuesday and exits somewhere near Campeche.

Rainfall amounts of 76 to 152 mm (3 to 6 inches), with isolated amounts of around 304 mm (12 inches), are possible across the Yucatan Peninsula of Mexico and Belize through Wednesday, with the highest amounts over the Mexican state of Quintana Roo. These rains could produce life-threatening flash floods.

A dangerous storm surge will raise water levels by as much as 60 to 120 cm (2 to 4 feet) above normal tide levels along the immediate coast near and to the north of where the center makes landfall. Near the coast, the surge will be accompanied by large and destructive waves.