The latest atmospheric river over New Zealand delivered one town’s wettest day on record, and broke several other long-held rainfall statistics, according to NIWA data. 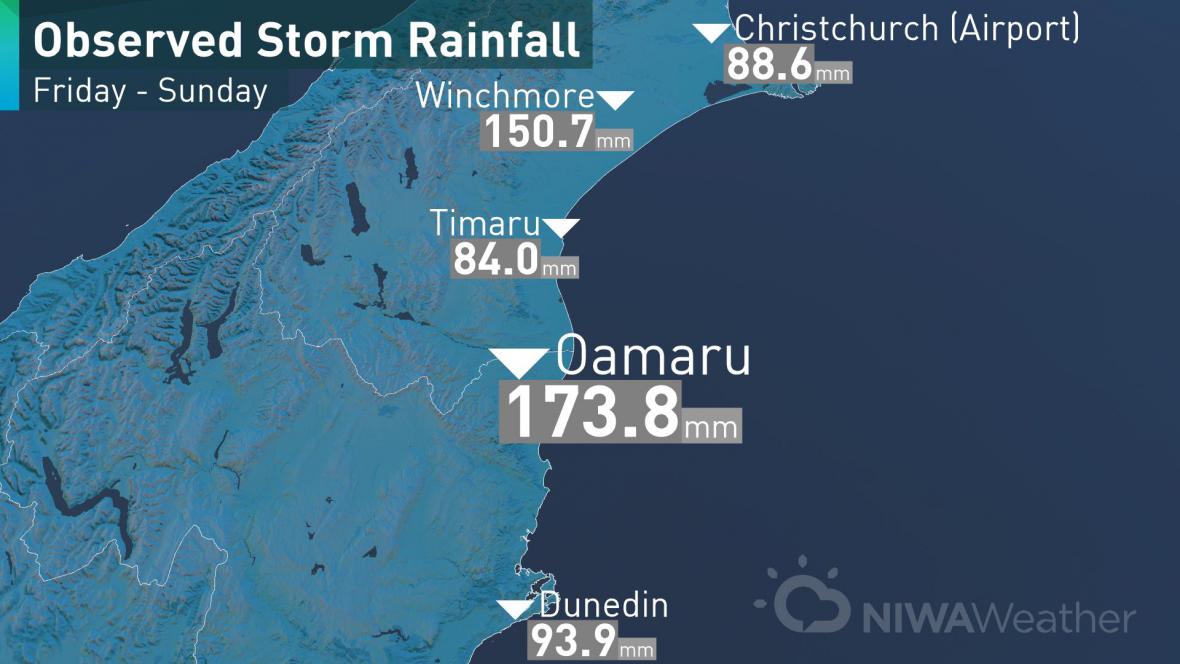 Atmospheric rivers are long, narrow regions in the atmosphere, like rivers in the sky, that transport water vapor from the tropics.

Emerging research indicates that for New Zealand, atmospheric rivers occur about 40 days per year and are associated with up to 48% of rainfall extremes for parts of the country. Atmospheric rivers were also prevalent during events like the Tasman Tempest and the remnants of ex-Tropical Cyclone Debbie earlier this year. 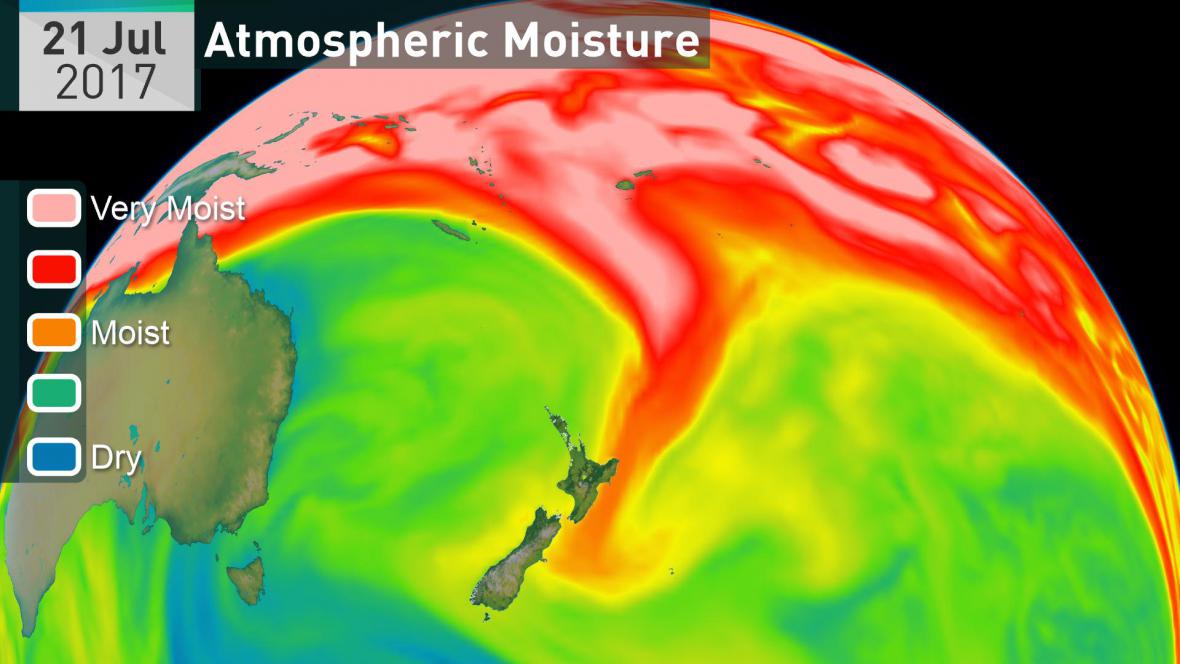 The extreme rainfall over the weekend coincided with some very high storm tides for Christchurch. The peak storm tide about 15:15 NZST on Saturday (July 22) was equal highest recorded in last 13 years at NIWA’s Sumner gauge, which exacerbated flooding in low lying areas.

NIWA scientists were able to forecast a drop in the next tide at 03:00 NZST on Sunday (July 23) but further high tides combined with rainfall caused more flooding. Fortunately for Timaru and Christchurch, the storm arrived just ahead of peak king tides on July 23 and 24.

The Tasman Sea is expected to remain an active place this week, sending several fronts up the west coast of the South Island and western and upper North Island. From Thursday into Friday (July 27 into 28), a slow moving area of low pressure may bring more drenching rain to areas that have been hit hard this month, including middle and upper Canterbury and Wellington-Wairarapa. However, rainfall isn’t expected to be as heavy as the last storm.

Heading into the weekend and early next week, high pressure may arch over the country, delivering a period of dry weather for many places aside from the eastern North Island where an onshore breeze may deliver rounds of rain.

The original article was edited to add mm to inches conversion, 12-hour format to 24-hour format with time zone, and dates where only days of the week were given.