Sudanese authorities said Sunday, June 25, 2017, they have recovered fragments of meteorites which struck a remote area of the state of White Nile in the south of the state at dawn on Wednesday, June 21. Eyewitness reports mention loud sound and a bright light that illuminated the night sky of several regions in the state. The meteorite matter is reportedly the size of a small car.

According to the Sudan Tribune, the head of the geological team, dispatched by the General Authority for Geological Research (GAGR), and the technical arm of the Ministry of Mineral, Osman Abu Aqla, said they surveyed all the areas where the meteorites had been observed in the White Nile State and collected some fragments of the meteor in Alabbasiya area of Kosti locality. "The retrieved samples are stone meteorites," Abu Aqla said.

The first samples were collected on Saturday, June 24, Alrakoba reports. 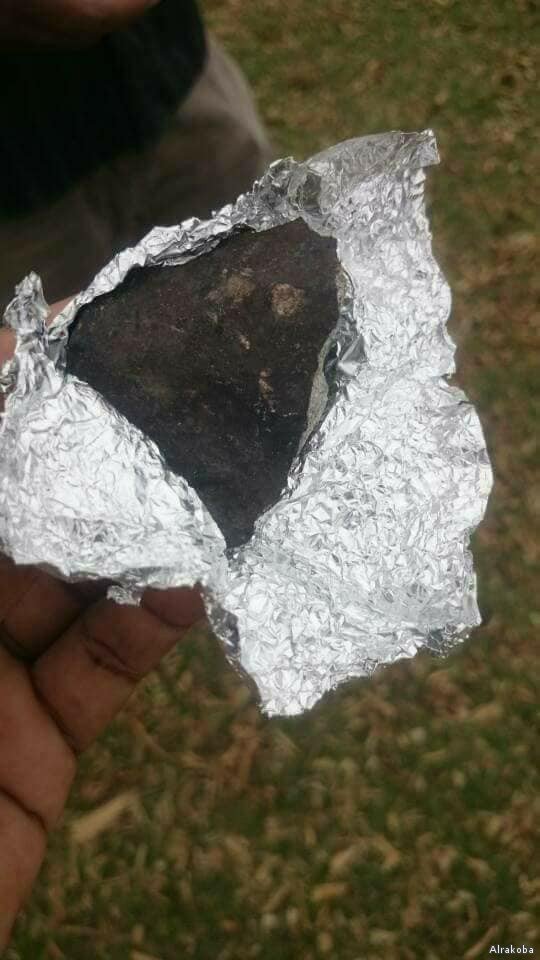 Fragments of a meteorite that hit Sudanese state of White Nile on June 21, 2017. Credit: Alrakoba

According to local media, eyewitnesses said that the meteorite matter had the size of a small car and that the fall caused a strong sound and a bright light that illuminated the night sky of several areas in the state.