Tropical Cyclone "Dineo" is still intensifying and is forecast to make landfall over the coast of southern Mozambique just after UTC midnight on February 16, 2017. Dineo is the fifth tropical cyclone of the 2016/17 Southern hemisphere tropical cyclone season. 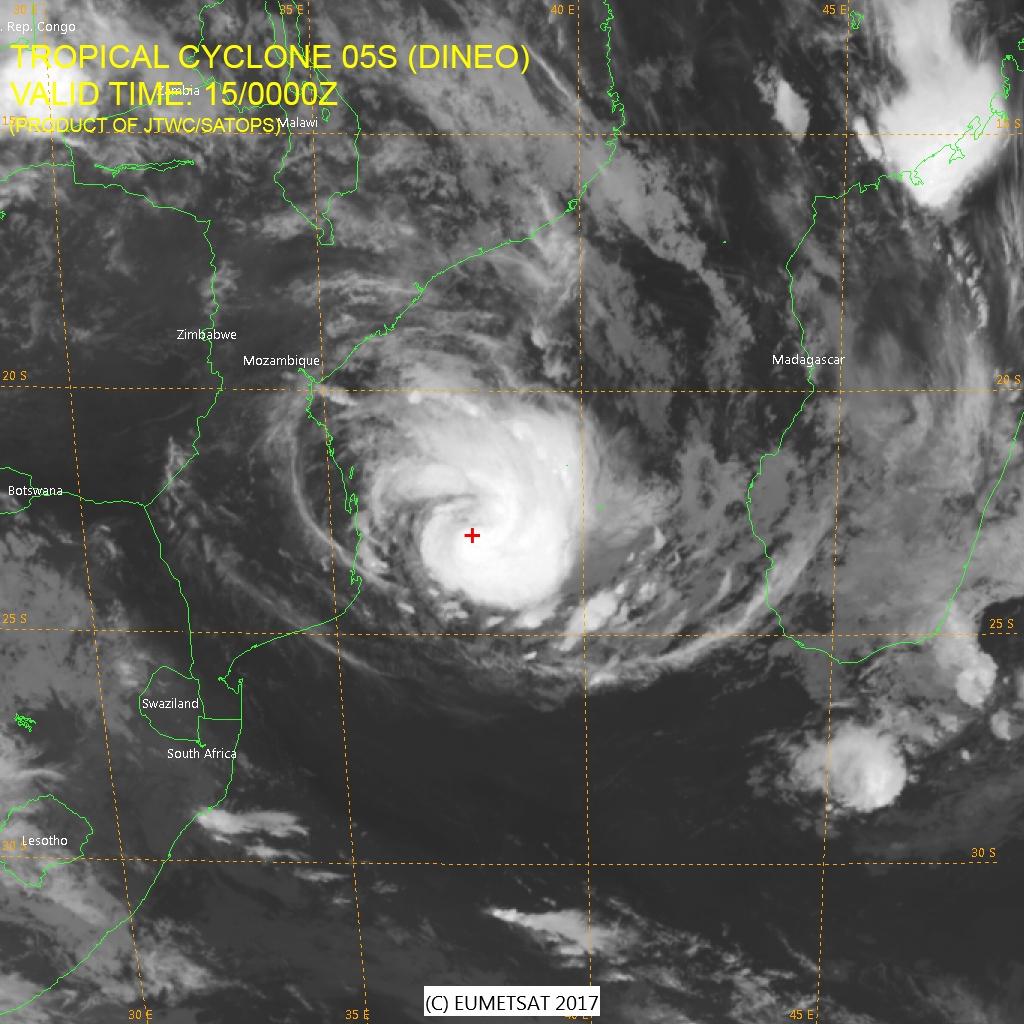 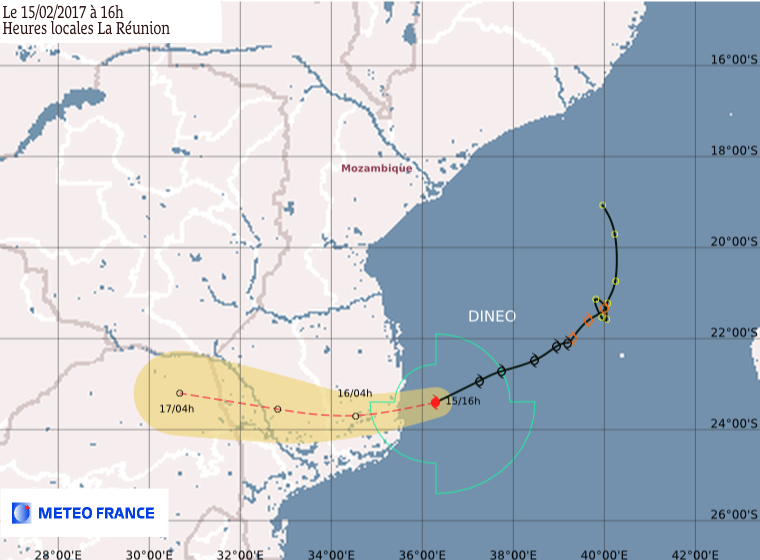 At the time, Dineo's maximum sustained winds were reaching 111 km/h (69 mph) and the system was still intensifying, expected to reach 129 km/h (80 mph) before landfall. By early UTC afternoon, Dineo developed an eye.

Landfall is expected over the coast of Inhambane, southern Mozambique just after midnight UTC on February 16. It is possible Dineo's center will pass right over the city of Massinga. After that, the system will rapidly weaken and dissipate.

Dineo hits Mozambique, leaves a trail of destruction and 4 dead