Tropical Cyclone "Dineo" hit Inhambane Province of southern Mozambique on Wednesday, February 15, 2017, with heavy rain, strong winds and dangerous storm surge. At least 7 people have died and 130 000 were affected. It was the first cyclone to hit the province since destructive Favio in February 2007.

Dineo made landfall as a Category 1 hurricane equivalent on the Saffir-Simpson hurricane wind scale at around 16:30 UTC near the town of Inhambane. It brought heavy rainfall and winds of up to 130 km/h (75 mph), leaving a trail of destruction.

On Thursday, Mozambican media reported that four people have died. Among them was a child, killed after being crushed by a tree that had fallen over in Massinga. By Friday, that number increased to 7.

130 000 people were affected and at least 20 000 homes were damaged in the provinces of Inhambane and Gaza. 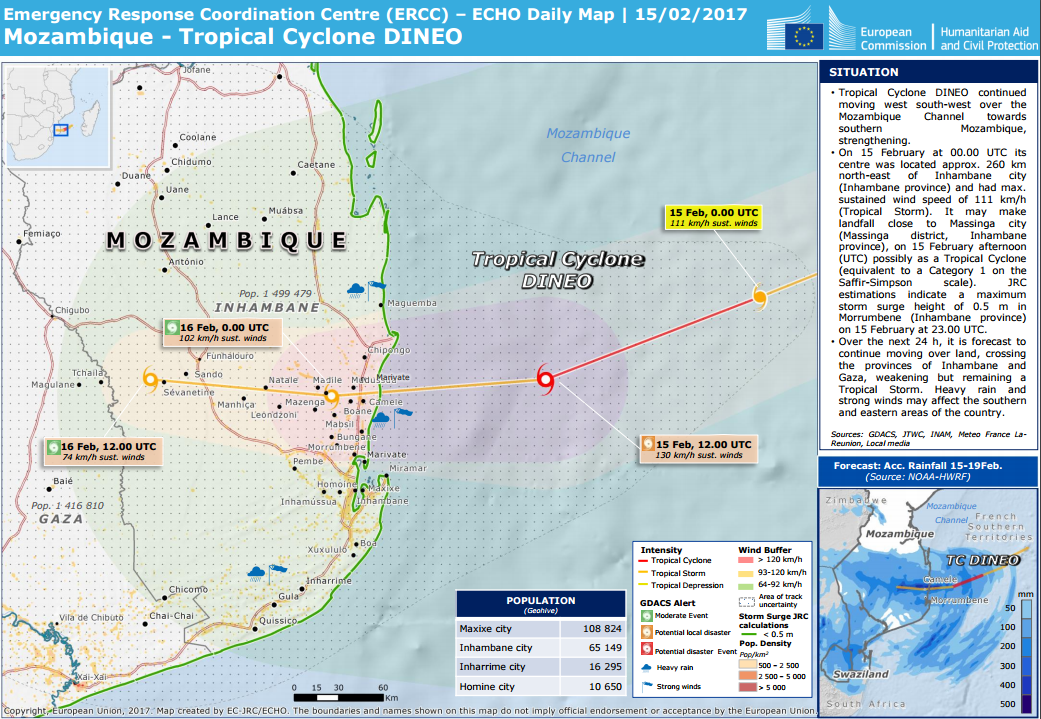 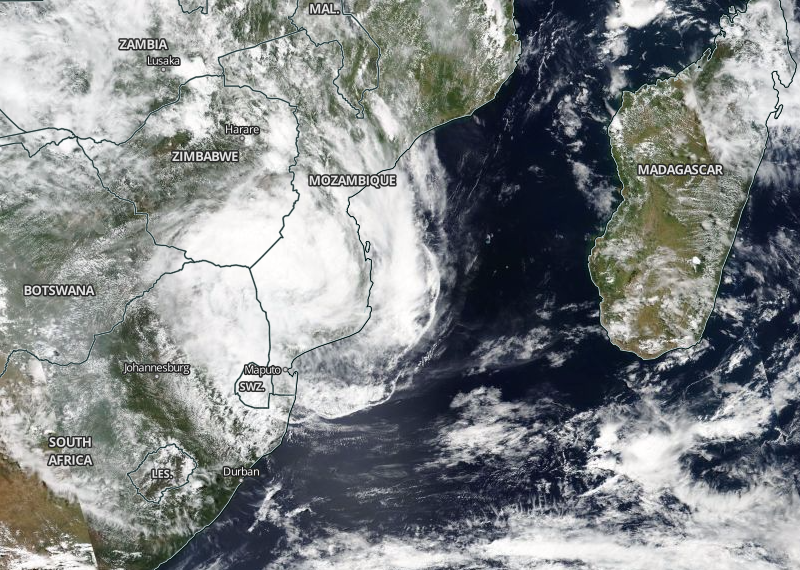 WMO said rainfall may exceed 150 mm (5.9 inches) in 24 hours, both in coastal areas, but also well inland. Storm surge was expected to be 2 – 3 meters (6 to 10 feet) in the Bay of Inhambane, which is a popular tourist destination, coinciding with high tide to produce very hazardous waves and storm surge.

National Institute of meteorology said further strong winds and heavy rains are possible until February 18, 2017 in areas of Gaza province and several districts in Inhambane.

Mozambican journalist Zenaida Machado reported that 16 dolphins were left stranded on Inhassoro Beach in Inhambane on Thursday morning. Although rescue efforts were made, only eight of the dolphins survived.

After landfall, Dineo weakened but still had the potential to bring heavy rainfall to parts of Zimbabwe and South Africa. 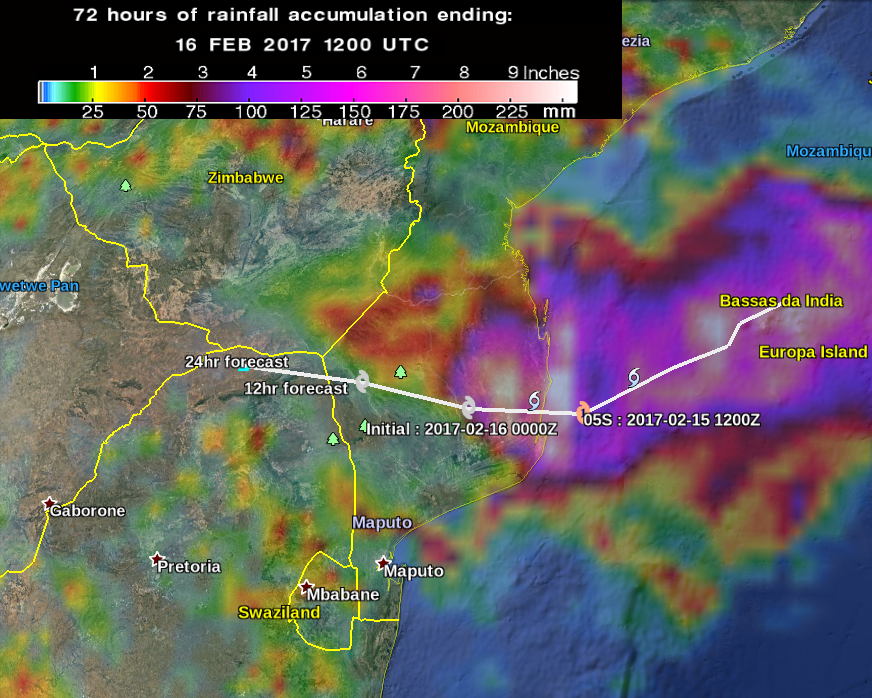 South African meteorologists warned Dineo will reach northern KwaZulu-Natal, and parts of Limpopo and Mpumalanga on Thursday. Affected communities are being urged to stay indoors and avoid using flooded roads and low bridges.

The department of cooperative governance said Limpopo will be the worst affected and that the impact of the storms and heavy rains might also be experienced in other provinces and areas as the rivers flowing from affected areas might lead to flooding somewhere else.

The day after Dineo! Some footage from our hotel and around Inhambane this morning. #Dineo #CycloneDineo #Storm pic.twitter.com/mQfKr5g2Kh