Tropical Storm “Gombe” formed on March 7, 2022, just east of Madagascar, and crossed the tip of the Masoala Peninsula at around midnight UTC on March 8. It then moved over Antongil Bay, and hit mainland Madagascar, bringing heavy rain. Gombe is currently an overland depression but it is expected to intensify after it exits into the Mozambique Channel. It’s possible Gombe could pose a serious threat to Nampula Province, Mozambique by the end of the week.

Gombe could regain strength in the Mozambique Channel by the end of the next night and approach the province of Nampula in Mozambique from Friday, March 11, according to RSMC La Reunion.1 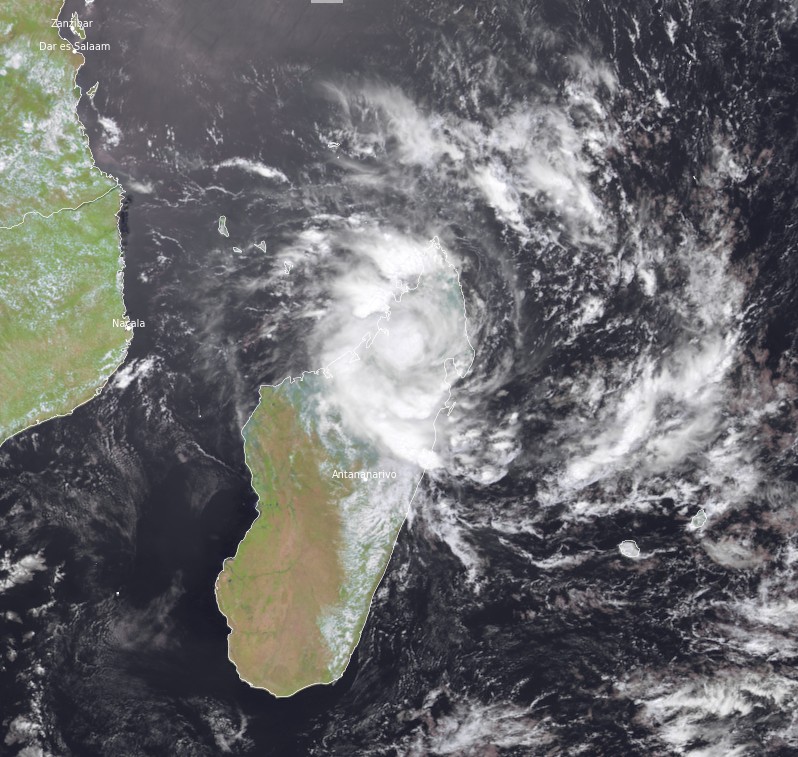 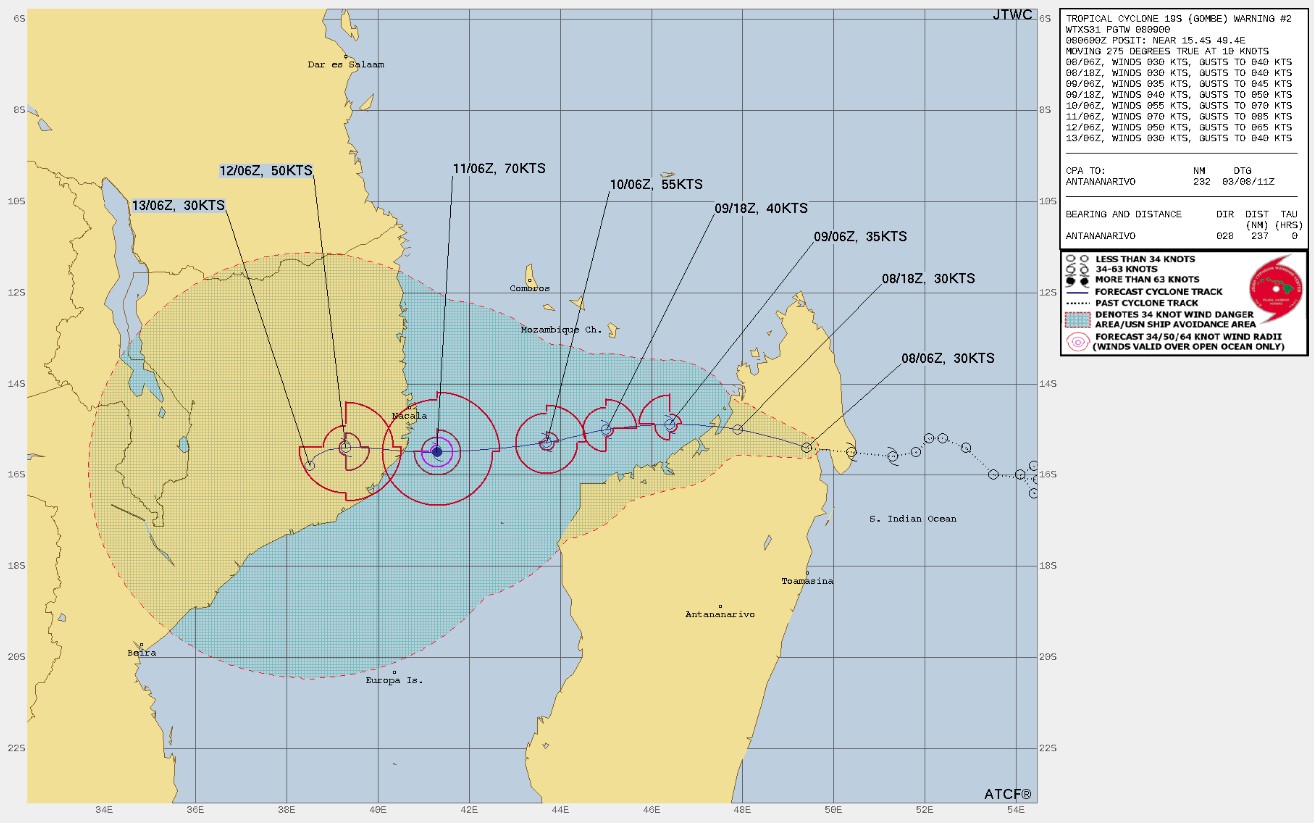 In the Mozambique Channel, the environmental conditions seem to be favorable for an intensification: important oceanic energy content, good divergence aloft, no dry air in the middle tropics in spite of the eastern constraint. The latter seems to be partly counterbalanced by the motion in the same direction.

Gradual intensification is thus expected and it is more and more likely that the system will become a mature phenomenon within a few days in the channel.

For Madagascar, Gombe represents essentially a rainfall threat. Along the track, accumulations of 100 to 150 mm (4 – 6 inches) locally more than 200 mm (8 inches) in 24 hours are expected.

For Comoros and Mayotte, heavy rains will be possible in the periphery of Gombe temporarily between Wednesday, March 9 and Friday, March 11.

By the end of the week, this system could pose a serious threat to Nampula Province, Mozambique. However, it’s too early to quantify the impacts of the system and the associated timing.