Sydney, Australia is in the grip of a new flooding emergency with widespread damage reported across the city. The flood crisis in New South Wales has now claimed 8 lives while the total number of casualties in eastern Australia rose to 20.

Across already rain-soaked suburbs, dozens of people have needed rescuing. Two family members have been swept away in Wentworthville.1

“Following very intense rainfall overnight, heavy rainfall and gusty winds are expected to continue across New South Wales, including the central and southern coasts, the ranges and hinterland,” the Australian Bureau of Meteorology said.2

The east coast low near the Hunter Coast is likely to track south today and bring potential flooding impacts.

Tonight and early Wednesday, March 9, very windy conditions are expected near the coast including Sydney and the Illawarra. Damaging southerly swell and coastal erosion are also expected on Tuesday or early Wednesday for the southern half of New South Wales.

Thunderstorms are expected over the northeast until the middle of the week, with severe thunderstorms possible on Wednesday, while rain is expected to ease later on Tuesday and Wednesday along the remainder of the coast as the east coast low moves offshore. Flooding will continue as the water slowly recedes.

Communities should be prepared for flood impacts and are encouraged to keep up to date with the latest forecasts and warnings on the Bureau’s website and BOM Weather app and always follow the advice of emergency services. 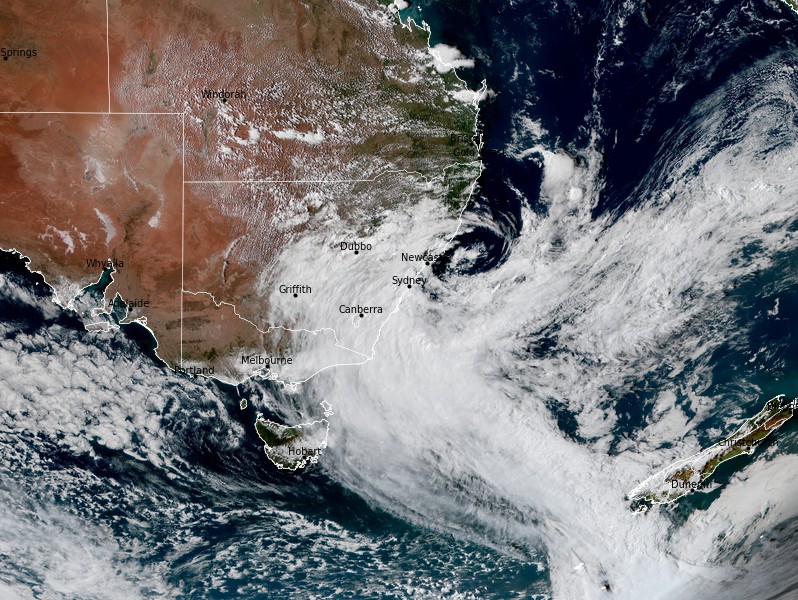 BOM also advised residents of southeast and parts of central Queensland advised that severe thunderstorms with damaging winds, large hail, and heavy rainfall will become likely in the region on Wednesday.3

“Catchments across south-east Queensland are now saturated and creek and streams will respond quickly to heavy, short-duration rainfall associated with any thunderstorm activity,” said Browne said.

A fresh and gusty south-easterly change is forecast to spread through south-east Queensland on Wednesday night and this will bring the potential for severe thunderstorms to move into central Queensland on Thursday.

Major flood warnings continue across inland areas in the south of the state including the Barwon, lower Moonie, Condamine, and Balonne Rivers.