Tropical Cyclone “Gombe” made its first landfall in northern Madagascar on March 7, 2022, bringing heavy rains, and exited into the warm and moist environment of Mozambique Channel on March 8. On March 9, Gombe consolidated and later in the day intensified into a Severe Tropical Storm and then into a Tropical Cyclone on March 10. The next landfall is expected in the province of Nampula, Mozambique late Thursday night, March 10, possibly as a very dangerous Intense Tropical Cyclone.

Gombe’s track is mainly driven by the mid-tropospheric ridge south of the Mozambique Channel, giving a general westward movement, hence a planned landing on the east coast of Mozambique late next night between Angoche and Nacala, the center said. 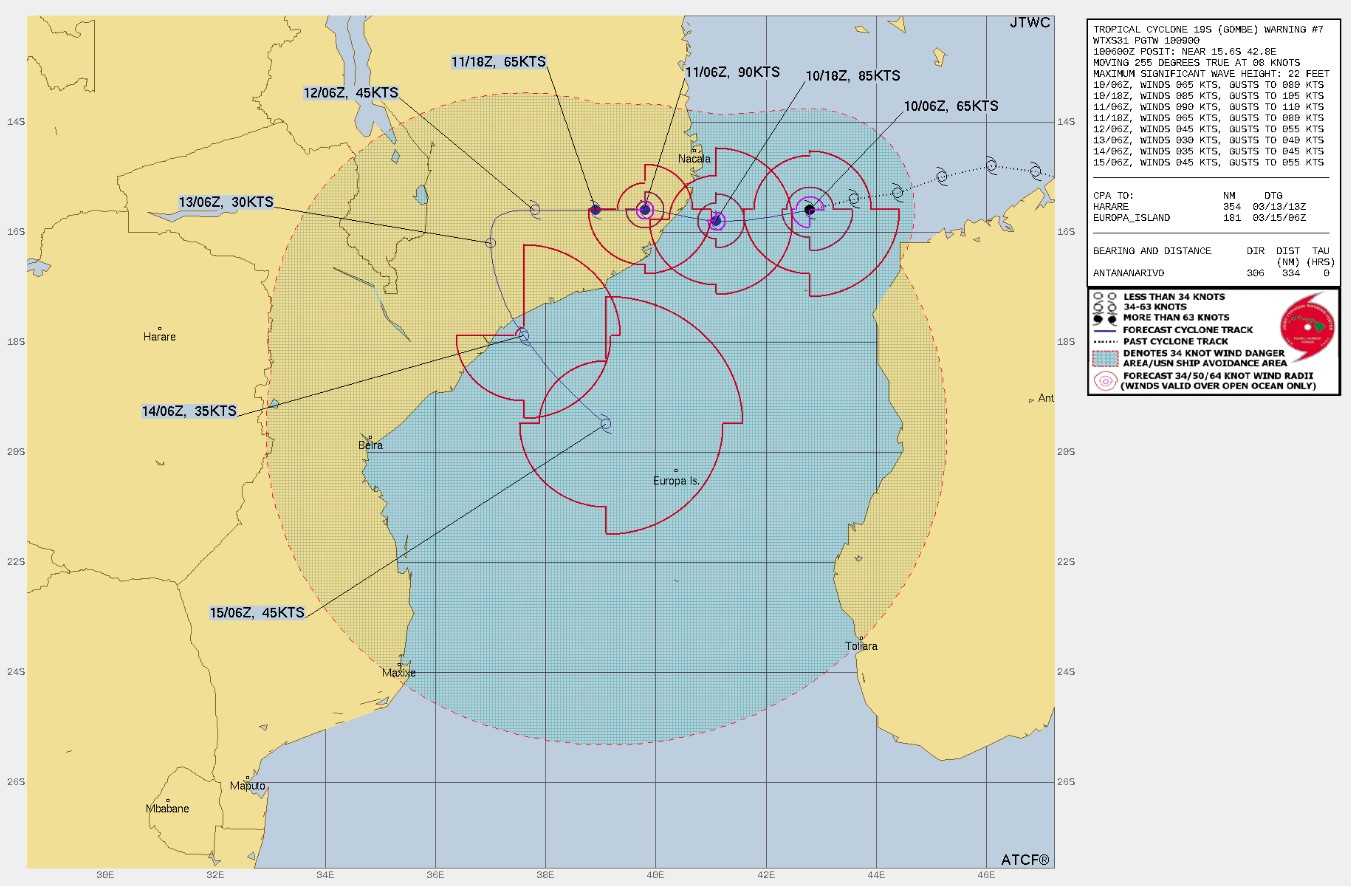 During the weekend, following the departure of the subtropical ridge, the incursion of a small cut-off to the south of the Mozambique Channel and the strengthening of the near-equatorial ridge to the northeast, then to the east, Gombe should slow its course on Saturday and then bend its track southeastwards from Sunday, leading to its emergence in the Mozambique Channel on Monday. The complex and conflicting steering flows bring a significant uncertainty on the timing of Gombe’s turn overland. The RSMC track is based on a median scenario, adjusted southward, between the main available models.

In terms of intensity, Gombe benefits from environmental conditions favorable for the continuation of a steady or rapid intensification up to the landing: important oceanic heat content (surface temperatures around 29 – 30 °C), very good upper divergence on the western side, and a weakening shear. 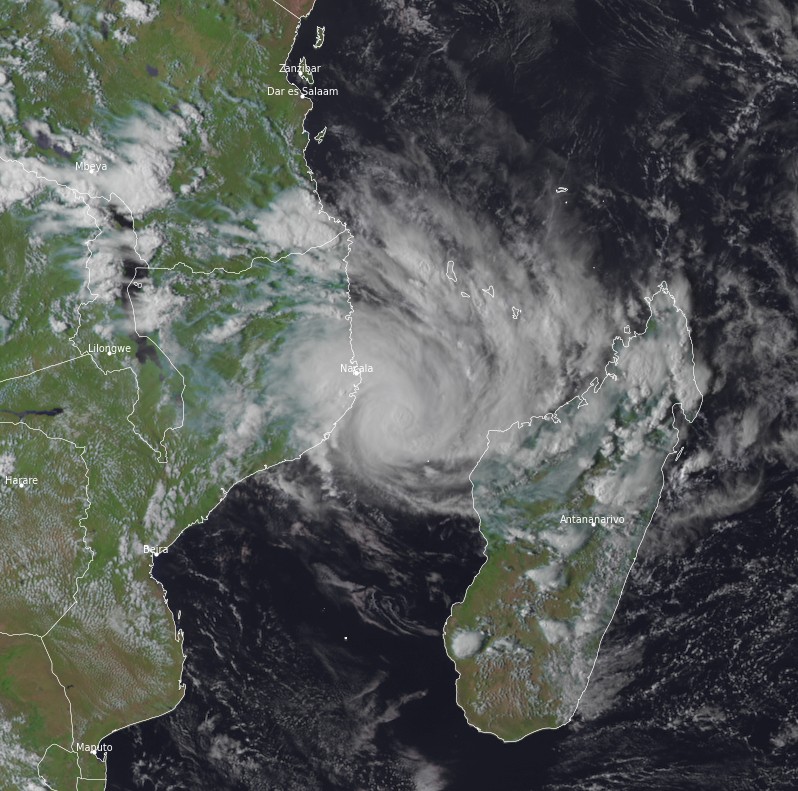 The present forecast assumes an intensification up to the intense tropical cyclone stage at landfall.

However, the inner core’s small size makes the forecast of the extent of intensification still uncertain.

A classical weakening is expected once the system is over land.

When the system emerges out to the sea next Monday, the probabilities for a re-intensification are down. As the system approaches an upper to mid-troposphere trough from the southwest, it may experience increased northwesterly shear and the intrusion of dry air in the mid-troposphere.

A potentially very dangerous cyclone is expected to land late Thursday night in the Nampula Province, probably between Nacala in the north and Angoche in the south.

Conditions began to deteriorate today before a significant and rapid deterioration this evening and overnight near the landfall area.

Winds: Gombe is a compact cyclone, the strongest gusts will only concern the immediate vicinity of the landing zone (50 km/31 miles around) but could exceed 200 km/h (125 mph) in gusts.

Over the whole episode, accumulations exceeding 400 mm (16 inches) are possible over the Nampula Province.

Sea: waves of up to 6 m (20 feet) are likely over parts of Nampula coastline overnight.