Tropical Cyclone "Ana" damaged or destroyed tens of thousands of homes and left at least 70 people dead in Madagascar, Mozambique and Malawi, as of January 27, 2022. Ana is the first named storm of the 2021/22 Southwest Indian Ocean cyclone season. Another tropical cyclone formed east of Madagascar today — Tropical Cyclone "Batsirai" — and current forecast models call for a direct hit over the country on February 5. While it's still too early to be sure, this could turn out to be a significant tropical cyclone.

Ana made landfall in Mozambique on January 24, 2022,1 leaving at least 18 people killed, and continued moving west over Malawi, claiming another 11 lives.

The passage of Tropical Cyclone "Ana" together with the Intertropical Convergence Zone (ITCZ) caused a week of heavy rains in Madagascar, leaving at least 41 people dead and more than 64 000 affected.2

Tens of thousands of homes were damaged or destroyed across the affected region, bridges were washed away and agricultural fields were submerged. An unknown number of farm animals drowned.3

Severe floods in Malawi forced Electricity Generation Company (EGENCO) to shut down all its power plants, leaving only 30% of the country's installed capacity and causing widespread blackouts.

EGENCO spokesperson Moses Gwaza said Tuesday he is uncertain as to when the machines may resume generating electricity. The Kapichira hydropower station was damaged particularly bad, EGENCO said, adding that the intake dam structure had been partly washed away during flash floods.

The storm destroyed 10 000 homes in northern and central Mozambique, as well as dozens of schools and hospitals, and downed power lines.

Ana is the first named storm of the 2021/22 Southwest Indian Ocean cyclone season. While the damage it caused is still being assessed and the death toll is expected to rise, another tropical cyclone — Batsirai — formed well east of Madagascar.

It's still too early to be sure, but this could turn out to be a significant tropical cyclone making a direct hit over Madagascar around February 5.

Reintesification is likely in the Mozambique Channel, followed by landfall over Mozambique.

The minimum central barometric pressure was 968 hPa and the system was moving WSW at 41 km/h (25 mph). 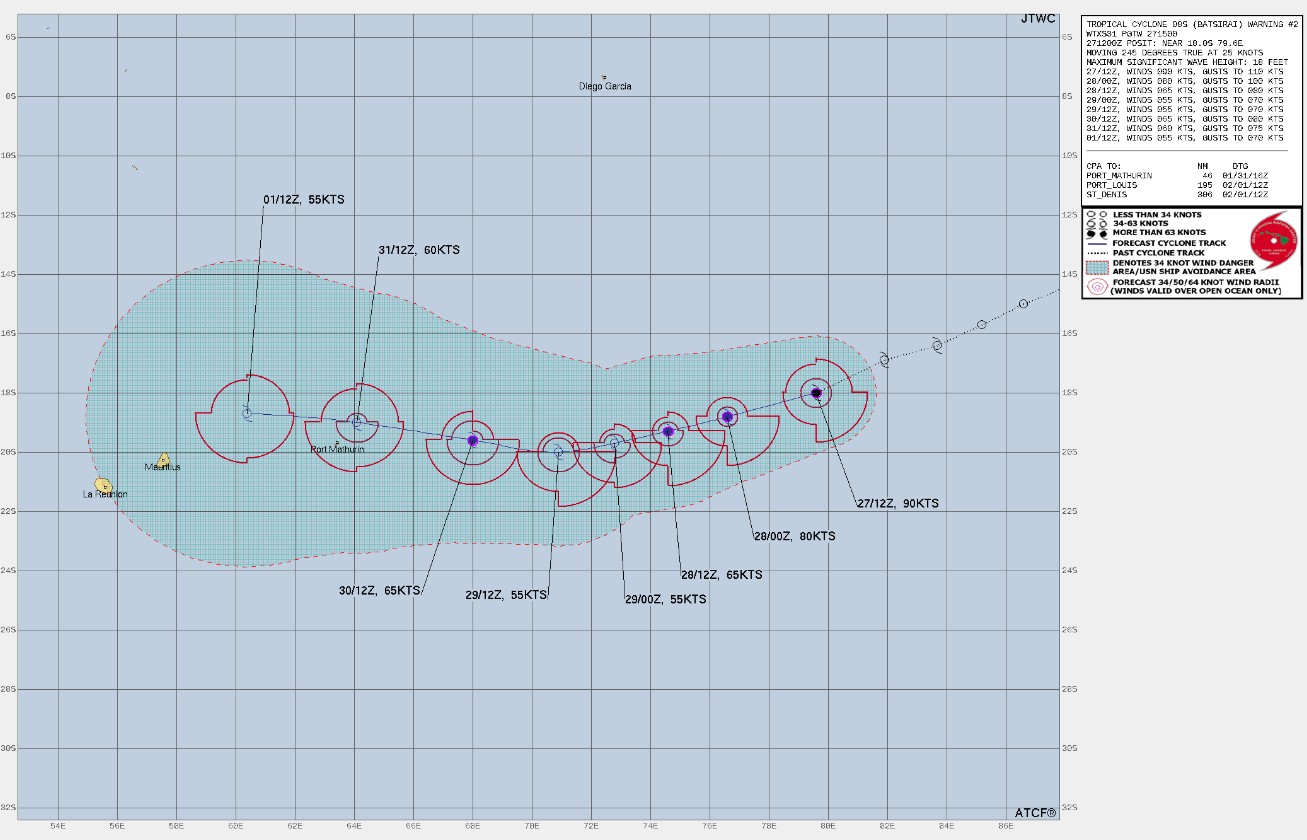