The system made its first landfall between 08:00 UTC and 09:00 UTC on January 22, between Toamasina and Île Sainte-Marie in Madagascar, as a tropical depression.

The cyclone weakened over the mountainous terrain of Madagascar but still managed to preserve its organized convection and low-level center.

At 06:00 UTC on January 23, Meteo France (MFR) re-classified it again as a tropical disturbance after entering the Mozambique Channel.

At 15:00 UTC, the JTWC declared the system as a tropical cyclone and designated it as 07S.

The MFR later upgraded it to a Moderate Tropical Storm and named it Ana at 00:00 UTC on January 24. 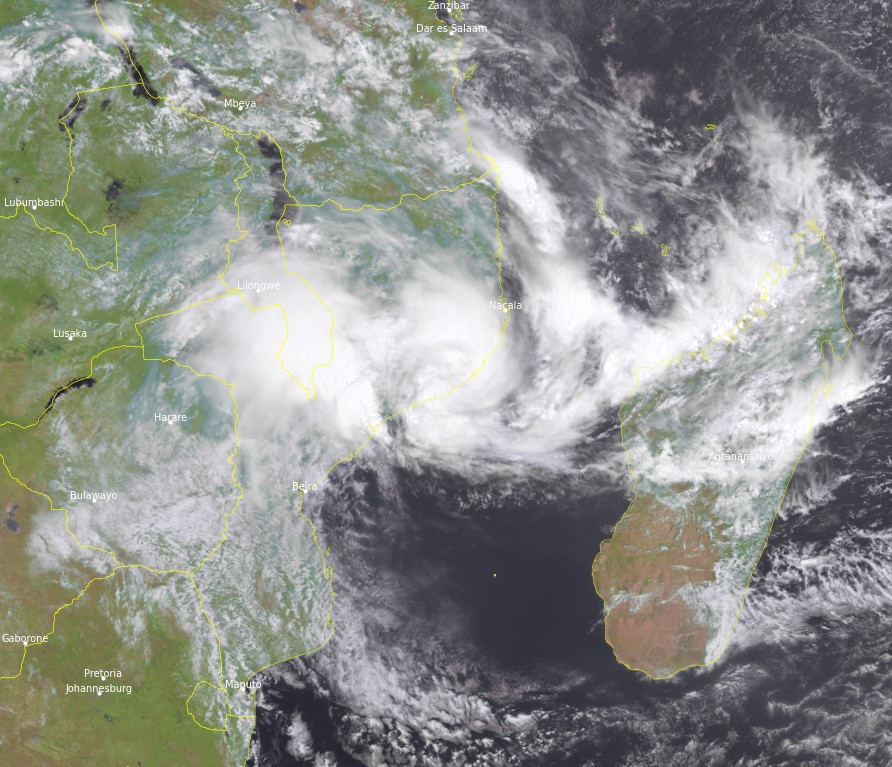 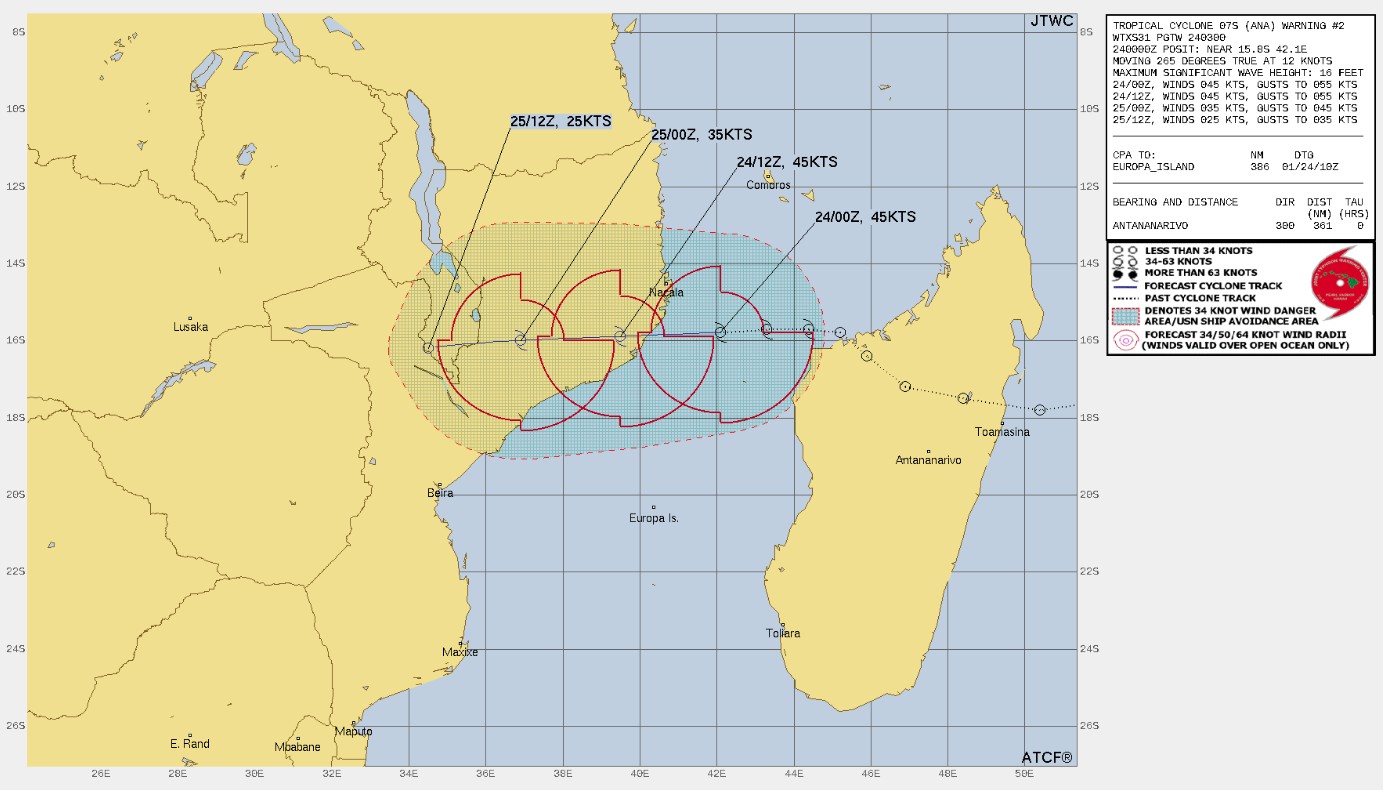 The minimum central barometric pressure was 990 hPa and the system was moving WSW at 26 km/h (16 mph).

The Mozambique National Meteorology Institute (INAM) has placed most of the country on Red alert ahead of the landfall, expected to take place in the province of Nampula, between the districts of Mogincual and Larde on Monday afternoon (LT).