The fire started on January 21 in a steep canyon and quickly spread toward the sea, prompting the Monterey County officials to order evacuations for about 500 residents living areas West of 3 800 Palo Colorado Rd. to Highway 1 and south to Bixby Creek.

A stretch of two-lane Highway 1 near Big Sur was closed and there is currently no estimated time for reopening. This highway is prone to closures due to fires and mudslides caused by heavy rains.1

At least 1 structure was destroyed. 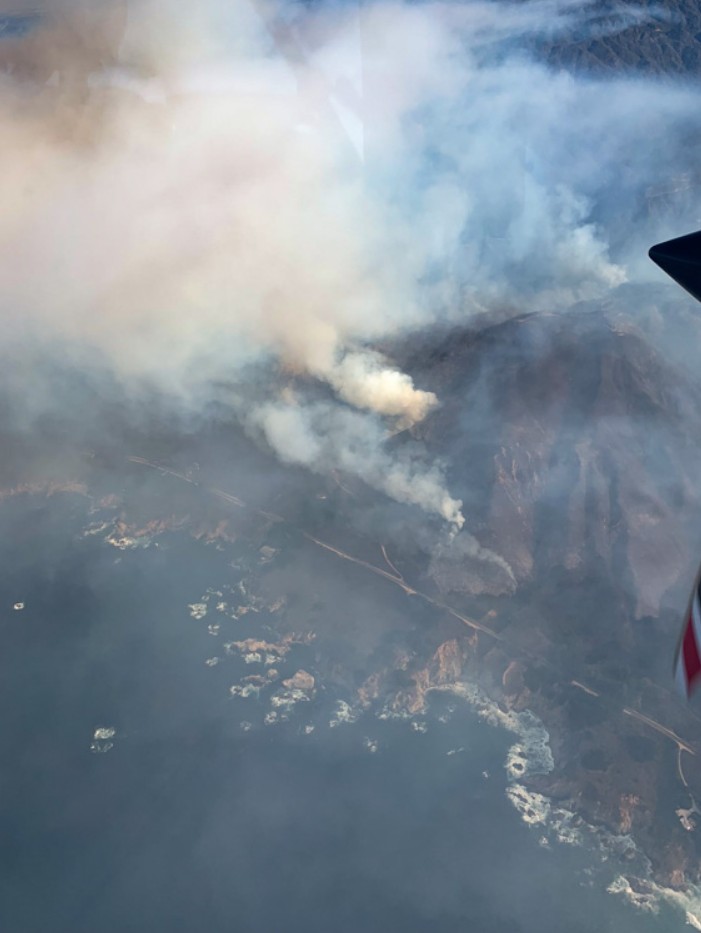 Cecile Juliette, a spokesperson for the California Department of Forestry and Fire Protection said it's unusual to have a fire of this size here on the coast at the end of January.

"The fact that it's January and we had a fire of this size so close to the coast is of great concern. This just needs to get everybody's attention that there is no longer a fire season."

"We have fires all-year-round in California."

Air attack on the #ColoradoFire earlier this morning. Looks like helicopters have an ample water supply nearby…the Pacific Ocean. pic.twitter.com/EkLRhr6oL1

UPDATE: Highway 1 is now closed from Andrew Molera State Park to the Granite Canyon Bridge due to the #ColoradoFire. #Caltrans is patrolling the highway for rockfall and plans to inspect drainage facilities. Road info at: https://t.co/YfvdOSGQ3y@PIOJimShivers https://t.co/kfyHyB4sBI pic.twitter.com/4P2yS8AjmG