The earthquake, although felt strongly in Pidie, Pidie Jaya and the surrounding districts, did not cause a tsunami and there was no tsunami warning. Based on the National Statistics Bureau (BP), the total population in Pidie District is around 425 974 while in Pidie Jaya District, it is 151 472.

Based on the record of the ASEAN Disaster Information Network (ADINet), the area had been affected by earthquakes in the past, the most recent was in October 2013, when a M5.6 earthquake shook Pidie District.

As of 05:00 local time today, December 15, the National Disaster Management Authority of Indonesia of BNPB reported that the death toll is 103 with 96 bodies now positively identified.

The Disaster Victim Identification (DVI) teams are continuously working to identify the rest of the victims.

There are a total of 10 217 personnel from different government agencies, both local and national, volunteers and organizations working together in assisting the affected communities. 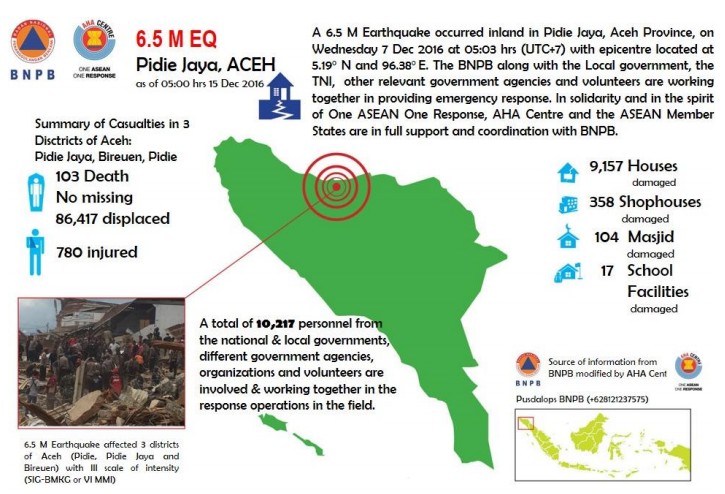