At least 4 workers have been killed and 12 still remain trapped underground after a massive landlide hit Madenköy copper mine in Turkey's southeastern Siirt province late November 17, 2016. The death toll is expected to rise.

Yasin Aktay, Siirt deputy of the ruling Justice and Development Party's (AK Party), said the landslide was caused by rainfall and that there remains a risk of another landslide occuring in the area.

Siirt Governor Mustafa Tutulmaz told reporters that the rescue teams arrived the scene at 12:00 but could not carry out their activities until early morning due to the risks of night operations. Tutulmaz said 1 million cubic meters of soil was moved during the landslide.

Three bodies were recovered while 12 miners are still trapped underground, along with the contruction equipment. 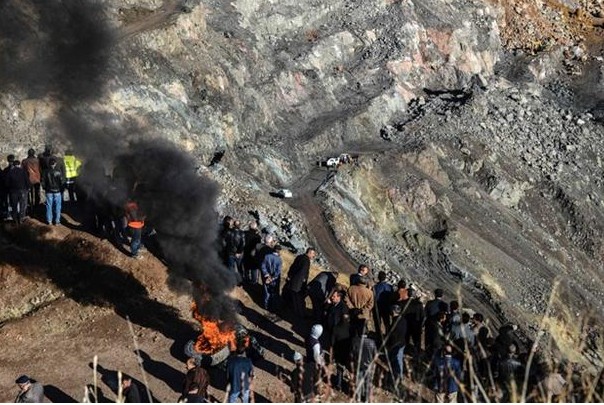 One of the trapped workers has called one of his relatives through a video call at around 13:00 while he was waiting to be rescued under the wreckage. He reportedly made the call during which only dark background of the spot where he was trapped was visible, and minutes later the call was dropped.

Production has been suspended due to the risk of further landslides.

The governor added that the prosecutors had also launched investigations to find out whether the slide was the result of any negligence. 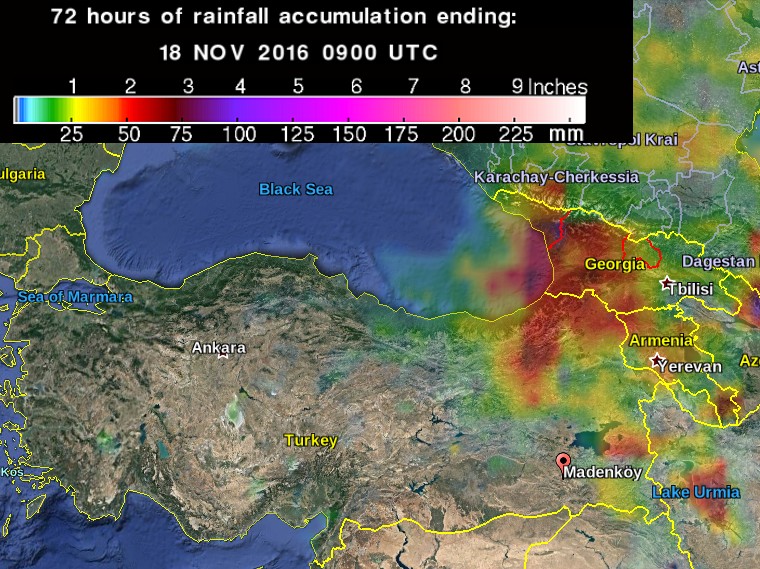 According to Reuters, workplace accidents are not rare in Turkey.

"Its rapid growth over the past decade has seen a construction boom and a scramble to meet soaring energy and commodities demand, with worker safety standards often failing to keep pace. Its safety record in mining, particularly coal, has been poor for decades, with its worst accident in May 2014 when an explosion killed 301 workers in the western town of Soma."