A team of scientists from Germany and Hungary used a supercomputer simulation to predict the mass of axions particles, promising candidates for dark matter.

The dark matter is an invisible matter, the existence of which has so far manifested only through its gravitational effects. It is still unknown what exactly does the matter consist of, and some of the evidence of its existence has so far come from the astrophysical observations of galaxies, the rotation of which is too fast to be held together only by the visible forms of matter.

According to measurements conducted by the European satellite "Planck", almost 85% of the total universe mass consists of dark matter.

“The adjective ‘dark’ does not simply mean that it does not emit visible light. It does not appear to give off any other wavelengths either – its interaction with photons must be very weak indeed," explained Dr. Andreas Ringwald, who is currently based at the DESY research center and the proposer of the research in question.

In search of the particles thought to comprise the so far elusive form of matter, the physicists have extended the Standard Model of particle physics, as it can only describe the 15% of matter contained in the universe. The scientists were hoping the extended model will aid them in gaining a deeper understanding of the universe, and provide them with clues as to what energy range could be expected of the candidate particles for dark matter.

It is assumed the dark matter contains either very few, but heavy particles, or a large number of light particles. So far, the scientists have searched for the heavy particles using large detectors based in underground laboratories and by using large particle accelerators. However, this search has so far been unsuccessful, and it turns out the very light particles, named axions, are the most promising candidates for now. To detect them, the physicist had to know what kind of mass to look for. 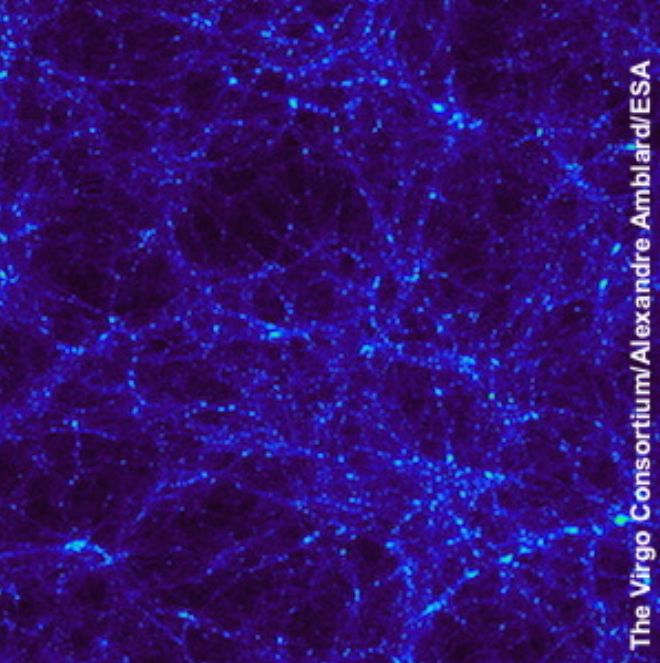 The quantum chromodynamics (QCD) theory which governs the strong interaction, one of the four fundamental forces of nature, responsible for the nuclear forces, predicted the existence of axions.

“Theoretical considerations indicate that there are so-called topological quantum fluctuations in quantum chromodynamics, which ought to result in an observable violation of time reversal symmetry,” said Ringwald.

The extension to QCD restores the mentioned invariance of time reversals and predicts the existence of axion. The properties of such a weakly interacting particle, especially its mass depend on the strength of topological quantum fluctuations. The fluctuations in the temperature range can only be calculated with supercomputers such as Jülich's JUQUEEN, which was used in the research.

“On top of this, we had to develop new methods of analysis in order to achieve the required temperature range,” added Professor Zoltán Fodor of the University of Wuppertal, the leader of the research.

According to research results, if axions make up the bulk of the dark matter, their mass should be in a range between 50 to 1 500 micro-electronvolts, which would make them ten billion times lighter than electrons. This would imply every cubic centimeter of the universe contains on average ten million axions. However, the dark matter is clustered in bumps and branches rather than spread out evenly in the universe. It is estimated that our region of the Milky Way contains approximately one trillion axions per cubic centimeter.

The latest calculations have been successful in providing the scientists with a concrete possible range of axion mass, which will enable them to search fot the particles.

“The results we are presenting will probably lead to a race to discover these particles,” said Fodor.

If the existence of dark matter particles is confirmed, it would not only answer a long-standing mystery of the elusive matter but would also provide an answer to a question as to why the strong interaction shows a surprising symmetry in respect to time reversal. Over the next few years, the existence of axions will likely be either confirmed or ruled out.