Tropical Storm "Haima" formed on October 15, 2016, and is now a second active tropical cyclone in the northwestern Pacific. The system will rapidly intensify over the next couple of days, and is expected to develop into a violent typhoon, possibly even a Category 5 hurricane equivalent in a long range forecast. Haima could pass very close to northern Luzon in the coming week and because of its intensity, all neighboring interests are advised to remain on alert and monitor the system. 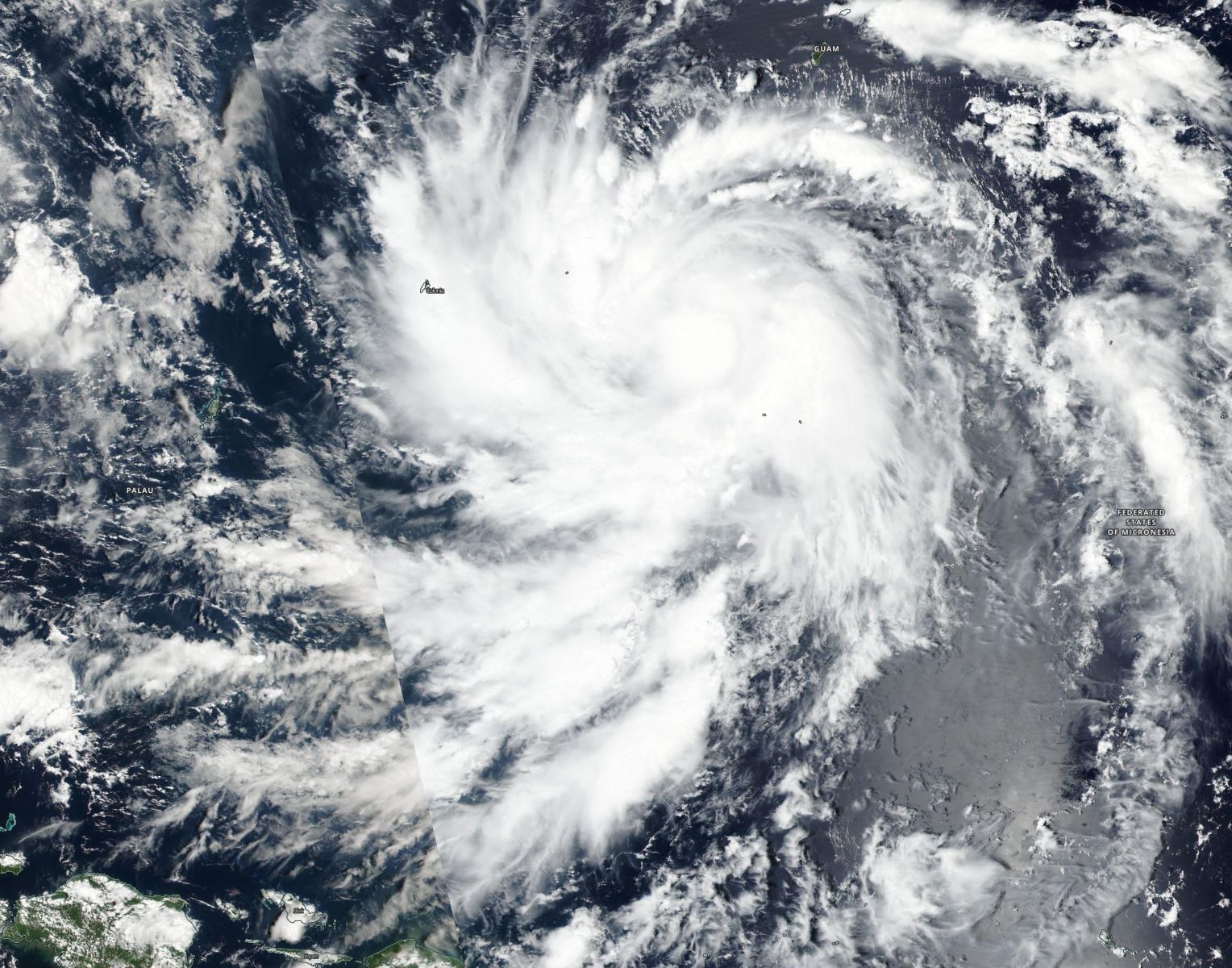 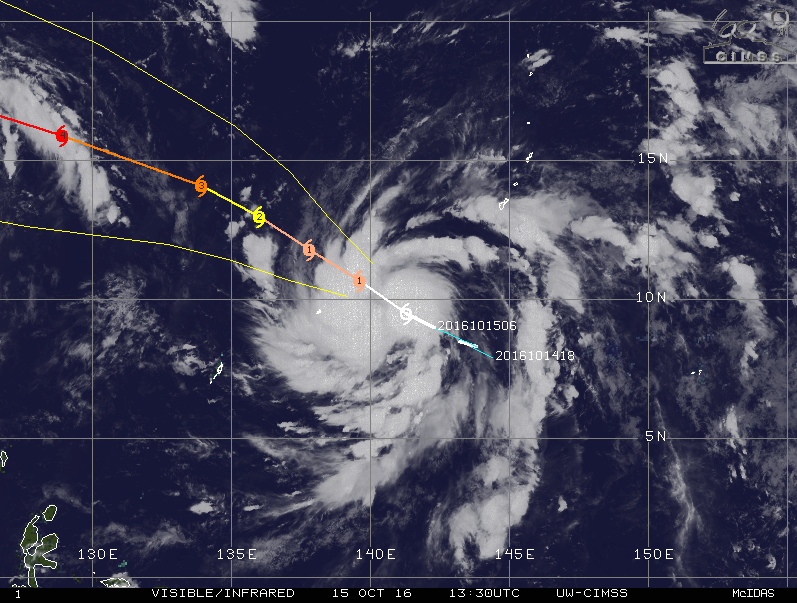 According to the JTWC forecast, Haima will rapidly intensify into a violent typhoon, with maximum sustained winds reaching 203.7 km/h (126.6 mph) and gusts of 250 km/h (155 mph), over the next 48 hours, which makes it equivalent to a Category 4 hurricane.

Over the next three days, the system's maximum sustained winds will raise to 250 km/h (155 mph), and gust speeds will climb to 305.6 km/h (189.9 mph). In the long range forecast, Haima may develop into a dangerous Category 5 system, and close monitoring is recommended.

Haima is expected to pass very close to northern Luzon during the next week, which makes it the second hurricane-strength system to pass the Philippines only a couple of days apart.

Typhoon "Sarika" is making landfall over the Visayas, Philippines today, October 15 and is forecast to continue moving into the South China Sea.

Haima is tracking west-northwestward at 26 km/h (16.1 mph) and is expected to continue intensifying, reaching a Category 4 hurricane equivalent status within the next 12 hours.

Its center is expected to reach the Philippines within 72 hours.

Haima is expected to reach a peak of super typhoon intensity in the next 24 to 48 hours.

Some weakening is expected as it approaches Luzon, Philippines. Current intensity forecast considers the scenario of close approach but no landfall.

Thereafter, the system will most likely turn toward mainland China.

The region from Cagayan south into Isabela is very familiar with dealing with typhoons. However, a second one in a time span less than one week may put a lot of stress on the already affected infrastructure.

Storm surge is expected to flood low-lying areas ahead of the typhoon, and strong winds will represent a major issue, as the buildings and infrastructure have likely already sustained damage from the previous storm. Caution and close monitoring are advised.

Haima is expected to cross over the northern tip of Luzon, with land interaction leading to additional weakening before emerging into the South China Sea.

Continued weakening is expected as the system travels through the South China Sea.

After 48 hours, Haima is expected to take a more northerly direction before making landfall east of Hong Kong.

Dissipation is expected on October 23, near Shanghai. 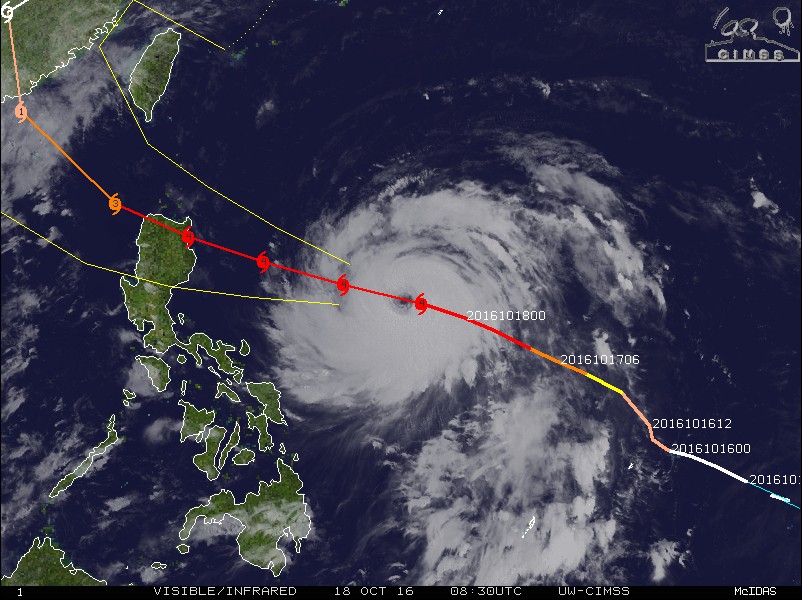 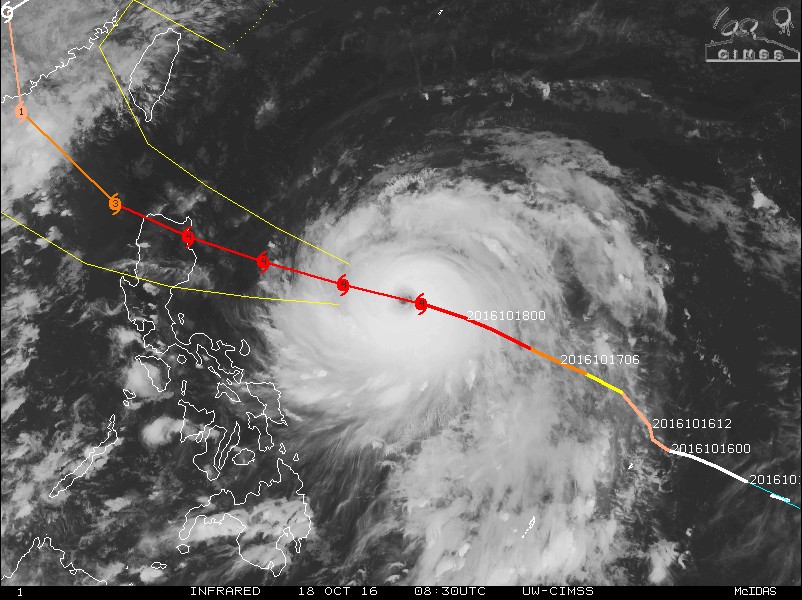