Tropical Depression 09W formed on August 13 in the northwest Pacific Ocean and strengthened into a tropical storm named Chanthu by the end of the UTC day. Chanthu is now approaching Japan with heavy rain and strong winds and is expected to skirt the northeastern coast of the big island, then make landfall on August 17 in south-central Hokkaido, Japan's northernmost island.

Satellite imagery depicts a broad circulation nearly completely devoid of deep convection. Only a small area of flaring convection persists near the low-level circulation center. Although sea surface temperatures are warm and vertical wind shear remains low, restricted outflow and dry air entrainment to the west and south is suppressing the maintenance of deep convection.

The strongest thunderstorms on August 15 appeared in a band north and northwest of the center of circulation. Fragmented bands of thunderstorms were wrapped into the low-level center from the south and east.

Chanthu is expected to continue on its north-northwest track but future intensification is no longer likely. After 21:00 UTC on August 16, vertical wind shear is forecast to increase while the system merges with a mid-latitude trough and subsequently completes extratropical transition. 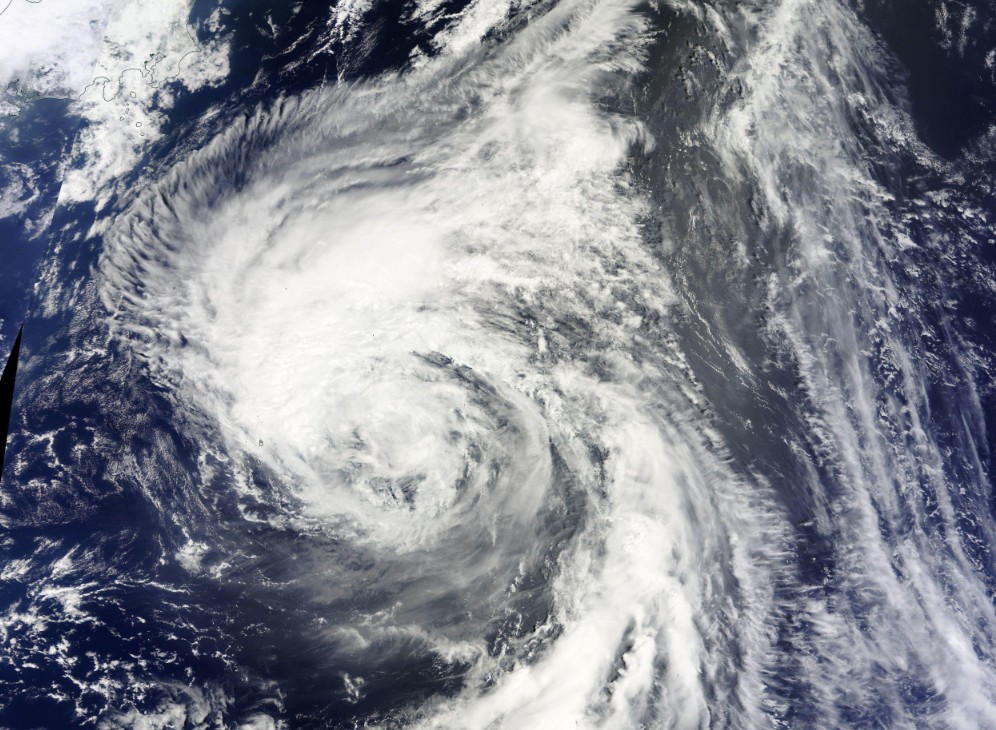 Chanthu is expected to skirt the northeastern coast of the big island, then make landfall on August 17 south-central Hokkaido, Japan's northernmost island.