Omais, the seventh tropical cyclone of the 2016 Pacific typhoon season, developed on August 4, 2016. The system will intensify and become a typhoon over the next 48 hours, and begin to weaken afterward. No watches or warnings have been issued. The storm may bring high coastal waves to portions of the Japan mainland early next week. 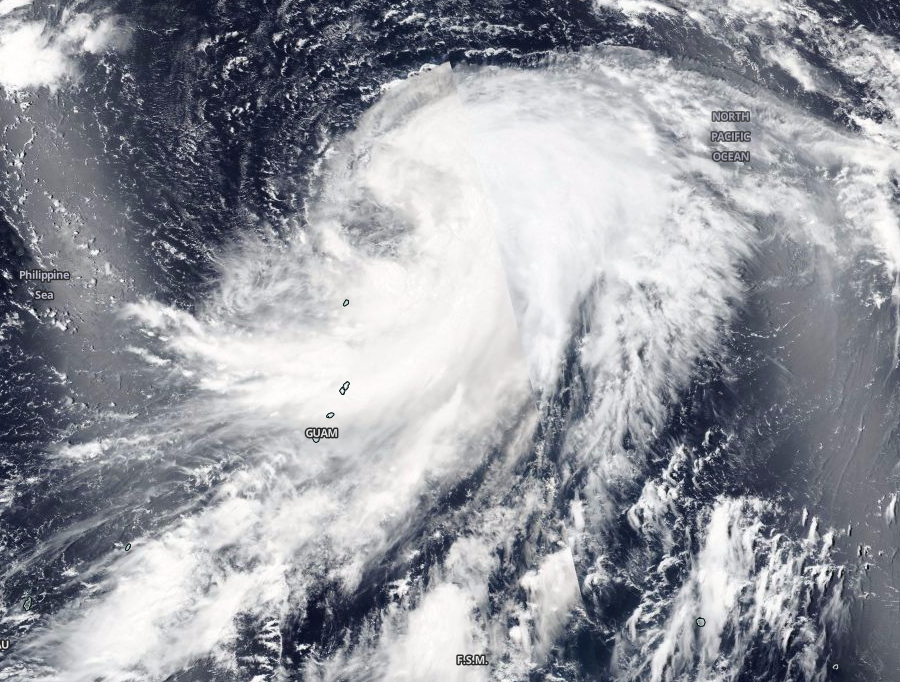 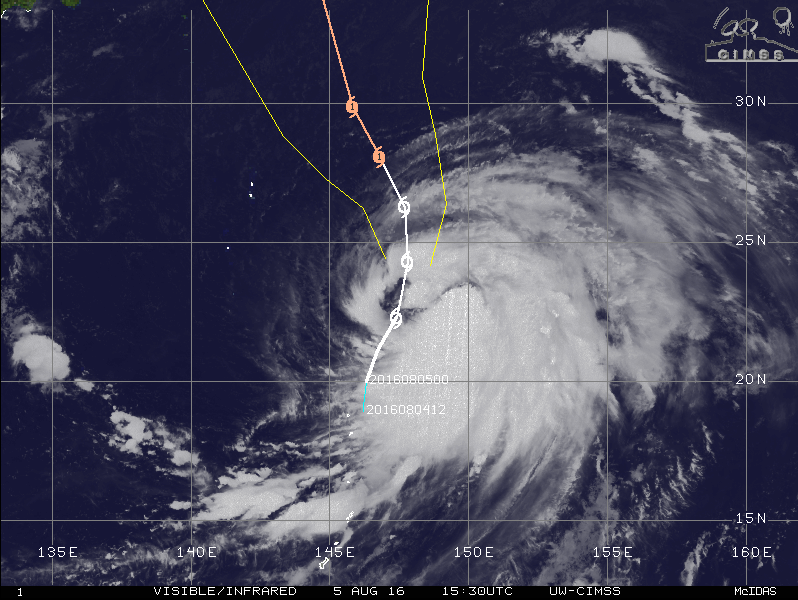 Environmental conditions currently support the system's intensification, with low vertical wind shear, and warm sea surface temperatures, between 30 and 31 °C (86 and 87.8 °F). The storm is tracking poleward along the western periphery of the near-equatorial ridge.

Omais is expected to intensify into a typhoon, equivalent to a Category 1 hurricane on the Saffir-Simpson hurricane wind scale, over the next two days. The maximum sustained winds are forecast to reach 129.6 km/h (80.5 mph) with gusts up to 157.4 km/h (97.8 mph). 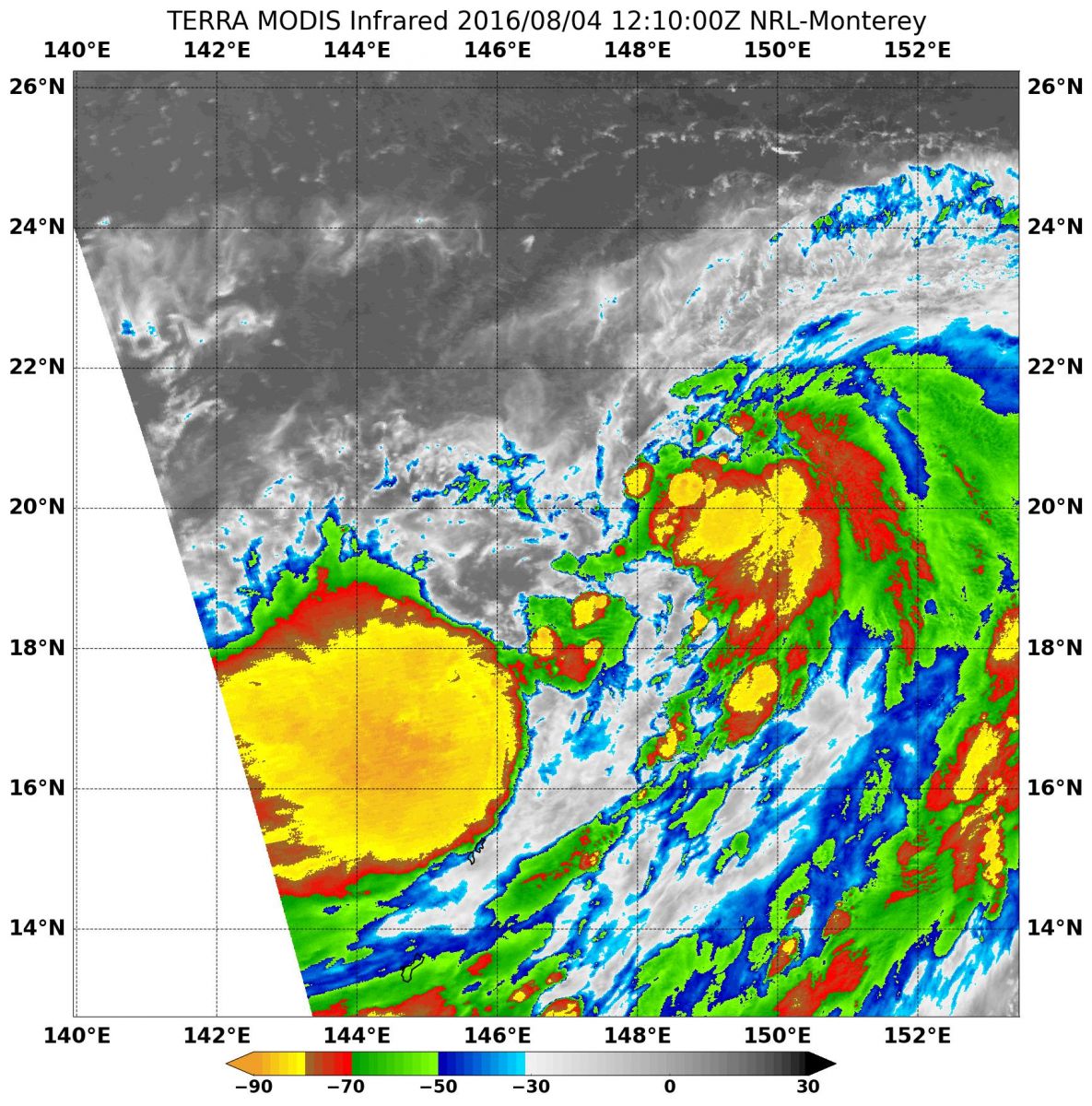 After the next 72 hours, the system will continue moving on a more north-northwestward track. Because of the large expanse of gale-force winds and tight sea level pressure gradient along its western periphery, the system's 63 km/h (39 miles) radii have been extended over land, just east of Tokyo, according to the JTWC. Following the 72-hour period, Omais will begin to interact with a midlatitude shortwave trough, and become extratropical over the next five days. Further weakening due to increasing vertical wind shear and cooler sea surface temperatures has been forecast.

According to Robert Speta, a Westpacwx meteorologist, the storm will eventually move north while staying east of the Honshu and Izu islands into early next week, and it may stir high waves for the coastal areas of mainland Japan.