A new study performed by the scientists from the Imperial College London suggests it is possible to bind light to a single electron and create a new form of light. The new light form's properties would lead to circuits that work with packages of photons instead of electrons and allow further research of the quantum physical phenomena governing particles smaller than atoms, on a visible scale.

Light interacts with electrons on the surface and within the normal materials. However, the newly discovered type of material, the so-called topological insulators, are capable of interacting with only one electron on the surface. Such interaction would produce a coupling, merging some of the properties of both the light and the electron. The light, which normally travels in a straight line, would then follow its trajectory, thus tracing the surface of the material.

The scientists have modeled such an interaction around a nanoparticle, a small sphere below 1 nm in diameter, made out of a topological insulator. The modeling revealed that the light would take on the property of the electron and circulate the particle and some of the properties of the light.

When traveling along the material such as electrical circuits, the electrons will normally stop if stumbling upon a defect. However, according to the research, the electron would still be able to continue traveling with the help of the light, despite the surface imperfections of the nanoparticle. If this discovery was adapted into photonic circuits, they would be rendered less vulnerable to disruption and physical faults, and generally, more robust. 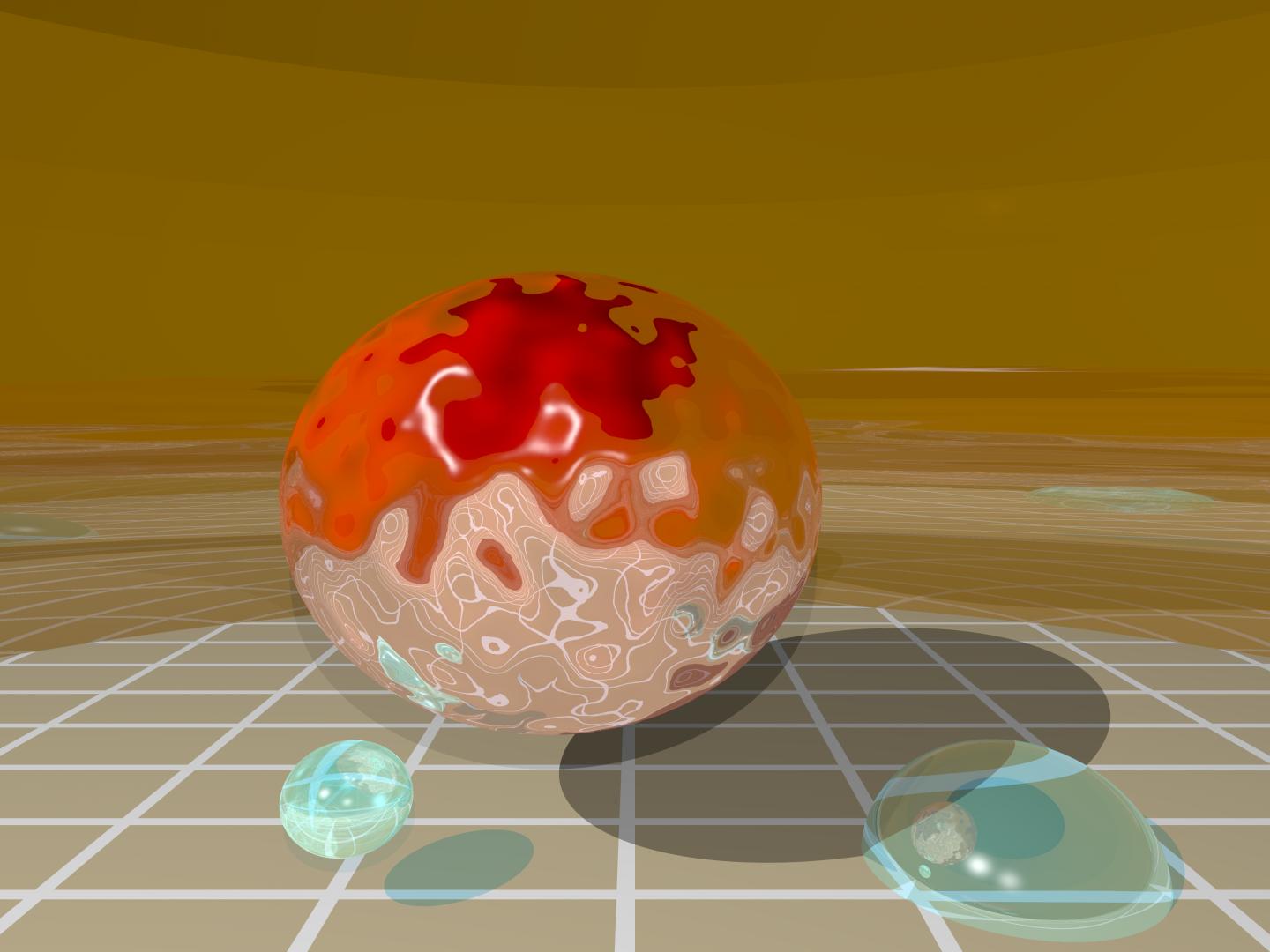 An artistic image of light trapped on the surface of a nanoparticle topological insulator. Image credit: Vincenzo Giannini

"The results of this research will have a huge impact on the way we conceive light. Topological insulators were only discovered in the last decade, but are already providing us with new phenomena to study and new ways to explore important concepts in physics," said Dr. Vincenzo Giannini, who, in cooperations with his colleagues modeled the interaction around a nanoparticle.

According to the scientists, the modeled phenomenon should be observable in experiments by using the existing technology, and the team is collaborating with experimental physicists on the matter.

Dr. Giannini considers the process leading to the creating of the new light form can be scaled up to make it more observable. For the time being, the quantum effects are only visible in very small or super-cooled object. However, this assumption would allow the scientists to research such behavior at room temperatures, as well.

Featured image: An artistic image of light trapped on the surface of a nanoparticle topological insulator. Image credit: Vincenzo Giannini