Scientists have long suspected that quantum mechanics enables two observers to experience different and conflicting realities– until an experiment was conducted, with the results suggesting that objective reality does not exist.

In a study published recently in the Science Advances journal, it was shown that in the micro-world of atoms and particles that are ruled by the strange rules of quantum mechanics, two different observers are entitled to their own facts.

Therefore, reality could be twisted by observation.

To put it in simpler terms, facts can be actually subjective.

Professor Joan Vaccaro, Chief Investigator in  Griffith University's Center for Quantum Dynamics, defines objective reality as "the collection of things that we are sure [to] exist independently of us."

On the other hand, Jim Elvidge from Cornell University defines subjective reality as something that we perceive, a something that's "subject to an elaborate set of filters, any one of which can modify [the] perception of that reality; sensory apparatus, sensory processing, higher-level brain function, and psychological factors."

Particles can be in several states at once, on a quantum level. However, that changes when observed, breaking the "superposition"– a principle explained by the Schrodinger's Cat experiment.

Schrodinger explained that if a cat is placed inside a sealed box beside something that could kill it, an observer would not know if the cat was dead or alive– until that person opens the box. Until the box was opened, in a sense, the cat would be both dead and alive.

Another example of this is a coin flip– it could either be a head or a tail.

Quantum physicists describe this difference in established facts as a contradiction– one may be observing a superimposed state, and another is observing a definite answer– both could be occurring at the same time.

The moment an individual observes a quantum system, it picks a specific state, breaking the superposition. The fact that nature behaves this way has been explained a lot of times in the lab, for instance, in the Double Slit Experiment.

In an experiment at the Heriot-Watt University in Edinburgh, the researchers built a small-scale quantum computer in order to scientifically prove that measurements in quantum mechanics are subjective to a specific observer.

The researchers measured the polarization of three pairs of photons. One pair acted as two coins– each can be either heads or tails.

The two remaining pairs are used to measure the first pair's polarization in each of the two boxes, which essentially acted as the "observers".

Two separate photons outside of each box acted as a control.

Weeks after calculations, the researchers discovered something perplexing– the states of the polarization did not match up.

The inside and outside photon observers could not agree on the outcome, the polarization state of each photon in the box. 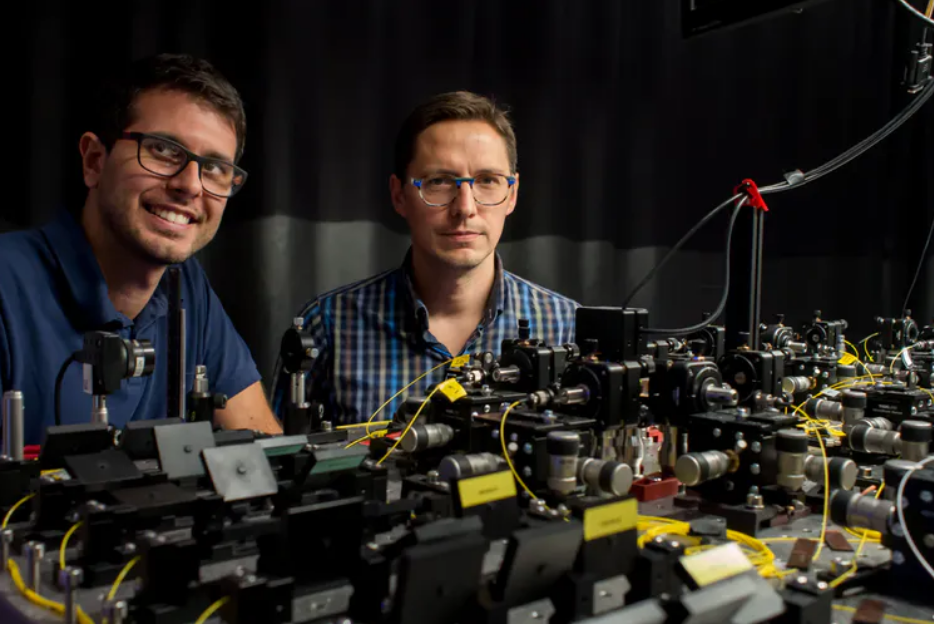 "Eventually, we succeeded in showing that quantum mechanics might indeed be incompatible with the assumption of objective facts– we violated the inequality," wrote lead authors Alessandro Fedrizzi and Massimiliano Proietti, quantum physicists at Heriot-Watt University.

"The insight we gained is that quantum observers may indeed be entitled to their own facts," Fedrizzi added.

"Clearly these are all deeply philosophical questions about the fundamental nature of reality," Fedrizzi and Proietti wrote in The Conversation, where they discussed their experiment.

The authors clarified that it could be possible that the standard quantum mechanics may not yet be applicable at large length scales, and an experiment on it would be a separate problem.

"Some physicists see these new developments as bolstering interpretations that allow more than one outcome to occur for observation, for example, the existence of parallel universes in which each outcome happens. Others see it as compelling evidence for intrinsically observer-dependent theories," the authors continued. "But yet others take this as a strong pointer that perhaps quantum mechanics will break down above certain complexity scales."

"Whatever the answer, an interesting future awaits."

The scientific method relies on facts, established through repeated measurements and agreed upon universally, independently of who observed them. In quantum mechanics the objectivity of observations is not so clear, most markedly exposed in Wigner’s eponymous thought experiment where two observers can experience seemingly different realities. The question whether the observers’ narratives can be reconciled has only recently been made accessible to empirical investigation, through recent no-go theorems that construct an extended Wigner’s friend scenario with four observers. In a state-of-the-art six-photon experiment, we realize this extended Wigner’s friend scenario, experimentally violating the associated Bell-type inequality by five standard deviations. If one holds fast to the assumptions of locality and free choice, this result implies that quantum theory should be interpreted in an observer-dependent way.