A slow moving system of thunderstorms affected portions of the US Plains with heavy rainfall and tornadoes over the weekend of June 11, 2016, causing flash floods and evacuations in central Oklahoma. Severe thunderstorms accompanied by large hail, damaging winds, and a few tornadoes are possible each afternoon and evening into mid-week across portions of the central and northern high plains. Torrential downpours may trigger local flooding, the NWS warned.

A large Mesoscale Convective Vortex (MCV) moved over west Texas during the night of June 12 (local time), producing heavy downpours accompanied by an intense lightning activity of more than 5 000 strikes. 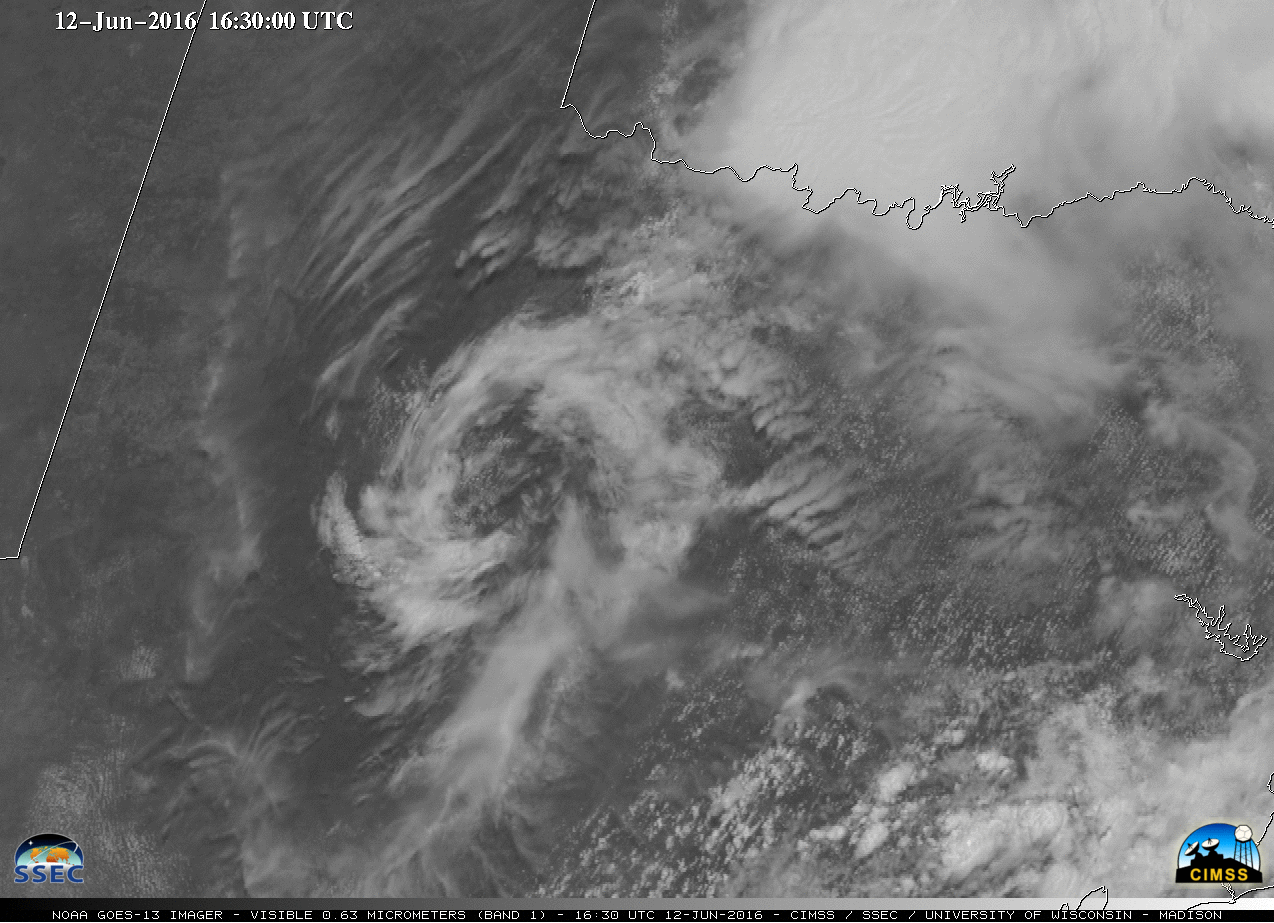 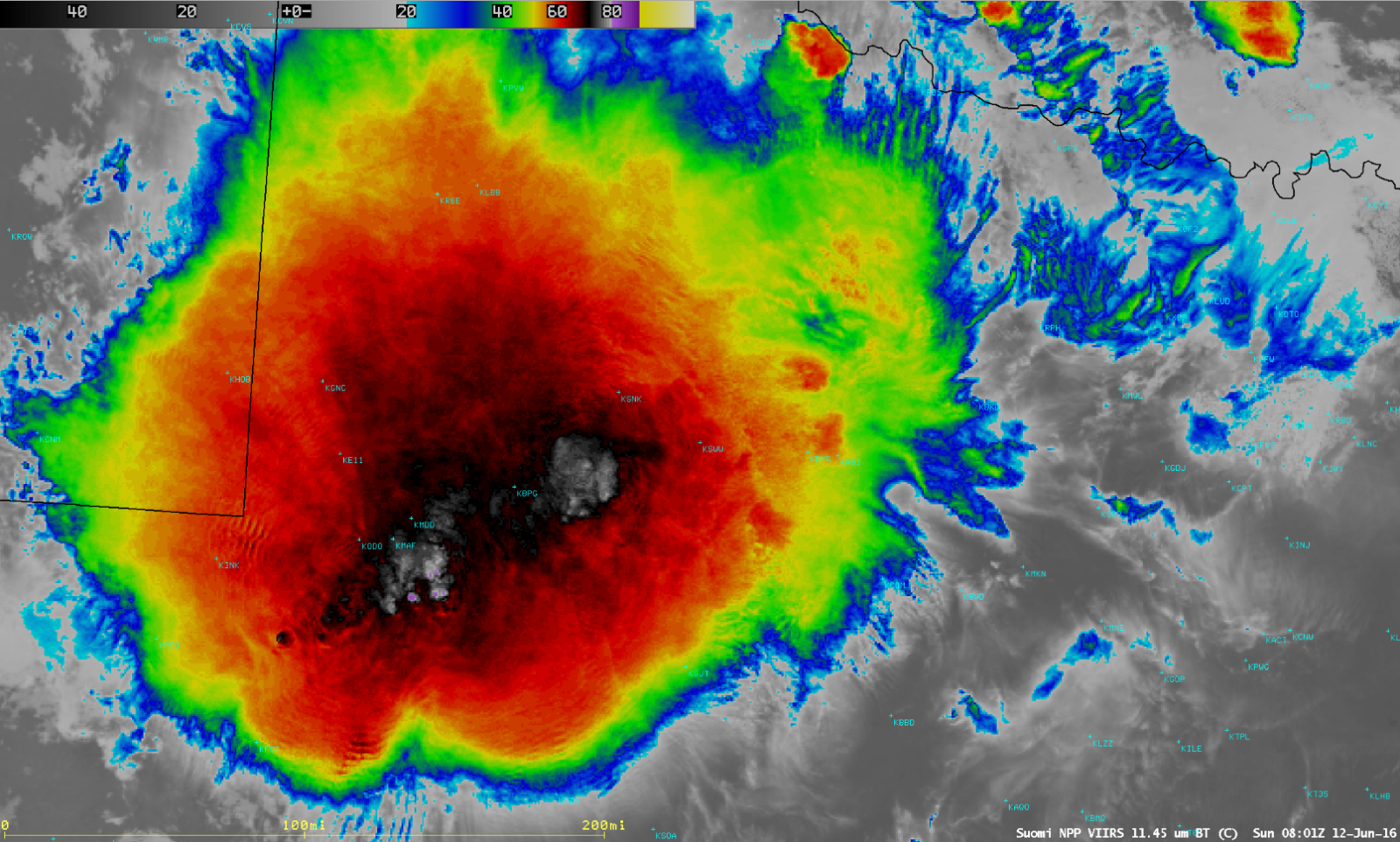 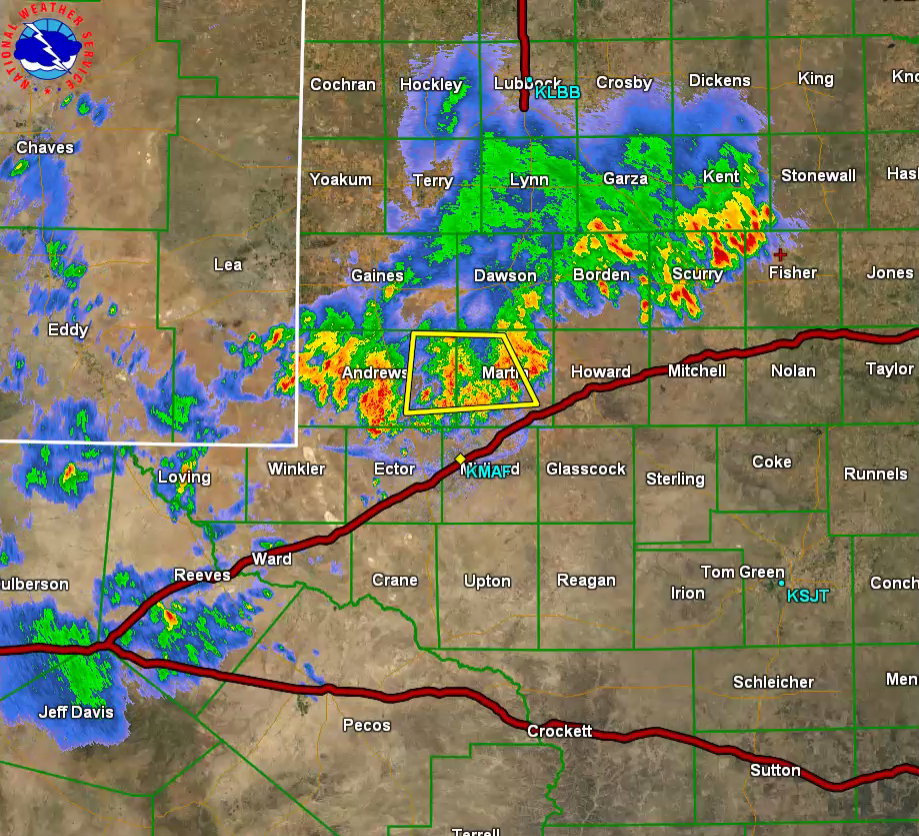 The spell of severe weather prompted numerous evacuations and rescue attempts in Oklahoma where tornadoes devastated at least two houses.

"A slow-moving cluster of thunderstorms has been dumping torrential rainfall across parts of central Oklahoma Sunday morning. Rainfall rates have been well over an inch per hour in some cases," said Chris Dolce, a Weather.com meteorologist.

The NWS reported about 87.4 mm (3.4 inches) of precipitation near Lomax.

Evacuations were carried out in the Garden Village, and Shelter Creek and water rescues were performed in the Paoli, Maysville, near Cyril, and Duncan on June 12. The National Weather Service (NWS) reported up to 203.2 mm (8 inches) of rainfall in Paoli and Maysville on the same day. Several vehicles were swept away by the floodwaters near Sheridan and B streets in Lawton.

Flood waters were up to 0.9 m (3 feet) deep in Gavin County, across State Highway while 0.3 m (1 foot) deep waters caused the streets in Pauls Valley to close down.

Severe flooding caused traffic disruptions and road closures across the affected areas. Interstate 44 was shut down near Rogers Lane while State Highway 7 was closed down between Lawton and Duncan. Torrential downpours have caused a roof collapse in Lawton's Central Mall. Luckily, no injuries were reported.

The storm accompanied by a tornado in Montana destroyed and damaged numerous homes on the night of June 11 (local time). Several people have been injured on the occasion. Lori Hall, an off-duty 911 dispatcher, witnessed a possible tornado devastate her neighbor's house: “The whole house is gone. The neighbors dug them out. They were the first ones to be rescued.”

According to the NWS, severe thunderstorms are possible across portions of the central Rockies, central and northern Plains and the Midwest over the next couple of days while heavy rainfall is expected over parts of the southern and central Plains and parts of the Upper Mississippi Valley. The Storm Prediction Center identified areas of slight risks for severe storms, from the Texas panhandle to southeast Montana. Areas of enhanced risk were identified over northeast Wyoming, southeast Colorado, western Nebraska, and northwest Kansas. This area is expected to shift further into the central Plains and Midwest on June 14 and 15.

Severe thunderstorms accompanied by large hail, damaging winds, and a few tornadoes are possible each afternoon and evening into mid-week across portions of the central and northern high plains. Torrential downpours may trigger local flooding.