The event was seen from Missouri, Illinois, Iowa, Kansas, Tennessee, Kentucky, and Indiana. The American Meteor Society (AMS) said early Tuesday, June 7, it received nearly 150 reports so far. Based on the reports, they placed this event over northeastern Missouri.

Gabriel DeMolin witnessed the event from Columbia, Illinois. He said for KMOX NewsRadio 1120 it was a very beautiful color like a white-ish blue. “It was like a sparkler that you would see in the dark at night, but it was broad daylight and it was this bright light.” 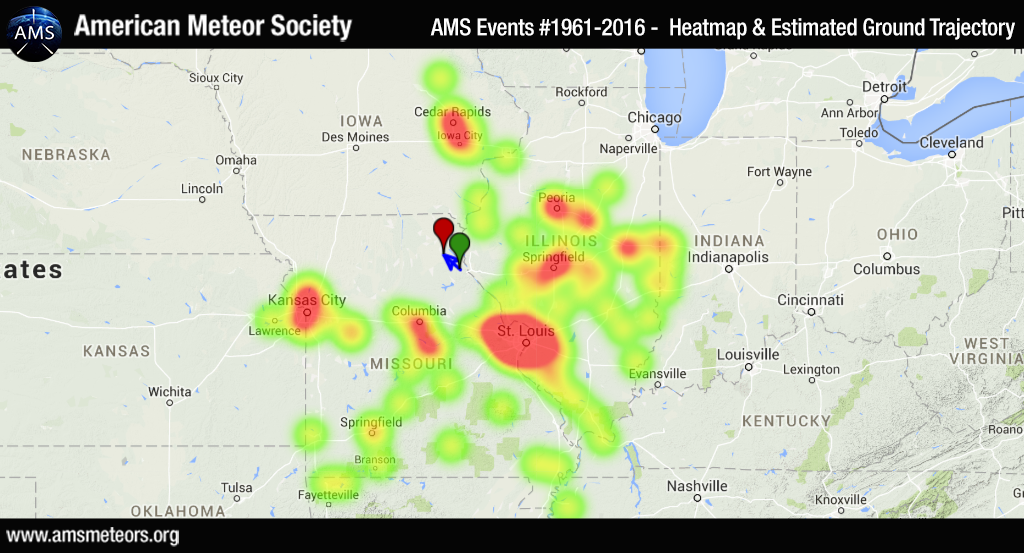