Sheveluch volcano in Kamchatka, Russia, erupted on February 24, 2016, Tokyo VAAC reported. Based on the satellite data, an eruption plume rose to approximately 6.4 km (21 000 feet) altitude and drifted northwest at a speed of 46.3 km/h (28.8 mph).

On February 24, KVERT reported that a growth of the volcano's lava dome continues. The process is accompanied by hot avalanches, fumarole activity and incandescence of the dome summit. Satellite data showed a thermal anomaly over Sheveluch. The Aviation Color Code is Orange, meaning the volcano is exhibiting heightened unrest with increased likelihood of an eruption.

In the period between February 12 and 19, lava-dome extrusions onto Sheveluch's N flank was also accompanied by fumarolic activity, dome incandescence, ash explosions, and hot avalanches. Explosions on February 18 generated ash plumes that drifted NW, according to GVP. Satellite images detected a daily and intense thermal anomaly over the dome, and the Aviation Color Code remained at Orange. 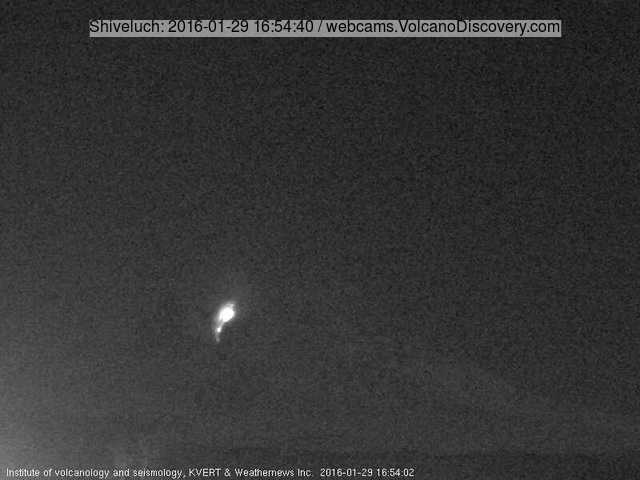 A collapse off the W flank of the lava dome on January 3 produced a hot avalanche, and an ash plume that rose 5.5 km (18 000 feet) above the sea level, drifting NE. 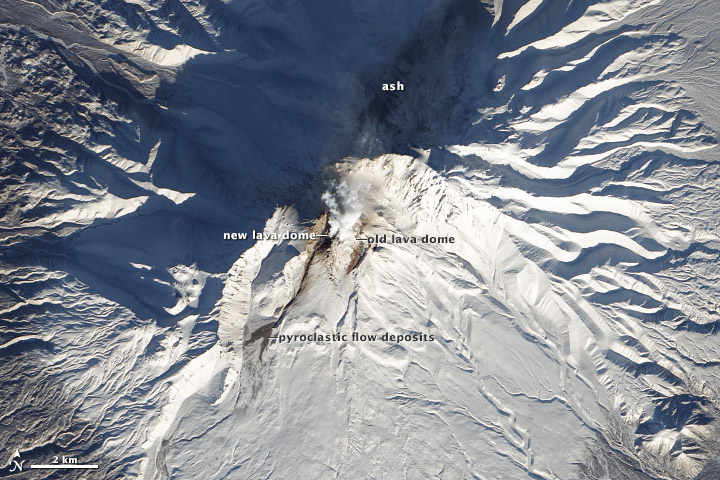 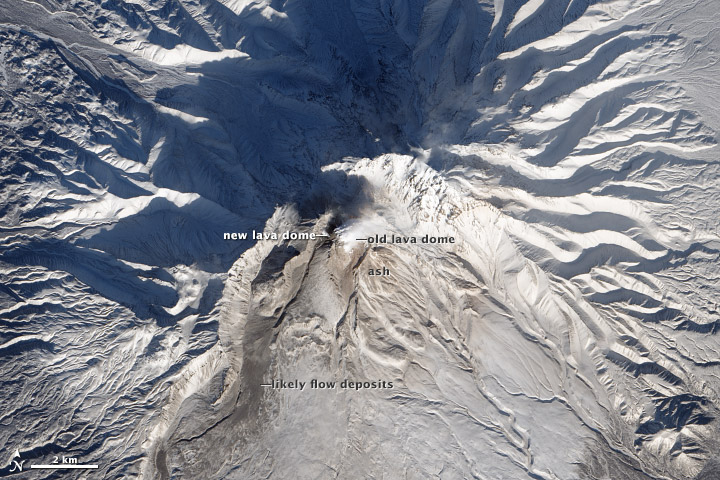 These natural-color Landsat 8 images of Shiveluch were collected one week apart, on January 24 (top) and January 31, 2014 (lower). The two images show ash and pyroclastic flow deposits accumulating on the Russian volcano’s slopes. The pyroclastic flows are generated by collapses on a new lava dome; that is growing on the northwest face of a dome that had recently been the site of most activity. Image credit: USGS/NASA Landsat-8 – Earth Observatory

The high, isolated massif of Sheveluch volcano (also spelled Shiveluch) rises above the lowlands NNE of the Kliuchevskaya volcano group. The 1300 cu km (312 cu miles) volcano is one of Kamchatka's largest and most active volcanic structures. The summit of roughly 65 000-year-old Stary Shiveluch is truncated by a broad 9 km (5.6 miles) wide late-Pleistocene caldera breached to the south. Many lava domes dot its outer flanks. The Molodoy Shiveluch lava-dome complex was constructed during the Holocene within the large horseshoe-shaped caldera; Holocene lava dome extrusion also took place on the flanks of Stary Shiveluch.

Featured image: Sheveluch volcano, new dome growth, January 31, 2014. Ash and pyroclastic flow deposits accumulating on the volcano’s slopes. The pyroclastic flows are generated by collapses on a new lava dome, that is growing on the northwest face of a dome that had recently been the site of most activity. Image credit: USGS/NASA Landsat-8 – Earth Observatory