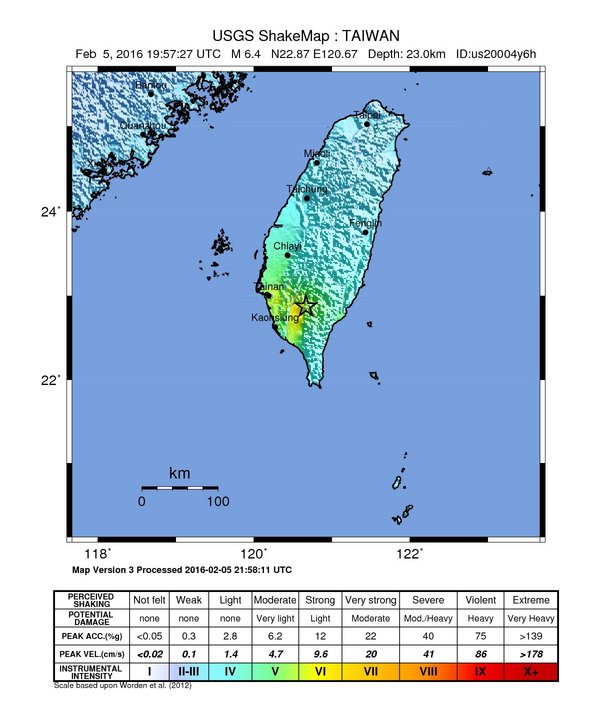 Media reports mention multiple buildings collapsed. "Collapsed buildings reported in Tainan, with rescue workers arriving on the scene. The city government there has set up a level one emergency response center. Onlookers are urged not to block access to emergency crews moving into the area," Taiwan's China Post said. 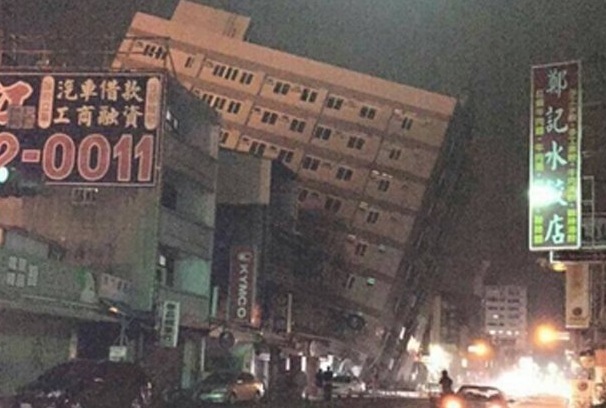 Earthquake-report said this earthquake is by far the most destructive of the recent years.

"A dangerous fault line runs through the middle of the island. Professor Max Wyss, who specializes in theoretical prognoses of injuries and fatalities, expects 200 – 2000 injured and 0 – 400 fatalities." 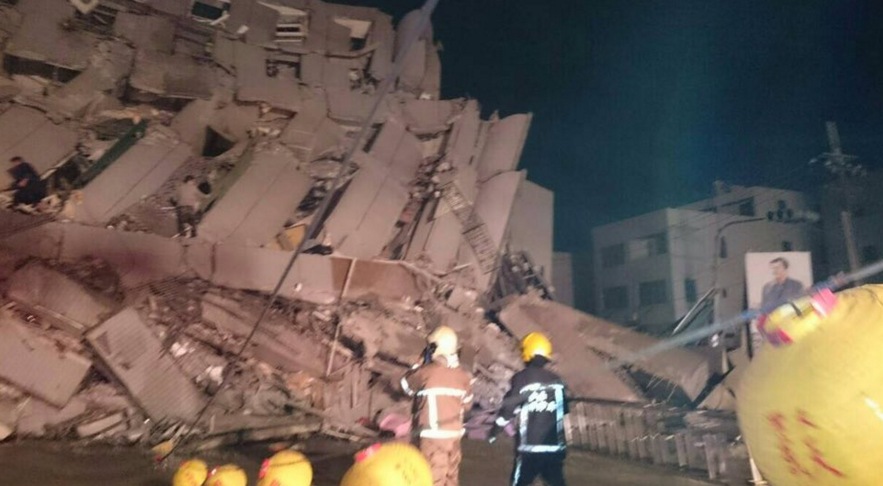 EMSC's "I felt it reports" mention 10 to 30 seconds long shaking.

According to latest reports, 24 people were killed and 505 injured.

Rescue efforts came to a halt today. Officials said they found the remains of the last missing person in the 17-storey building. 116 people died there, including two who died outside of the building.