NASA's Dawn spacecraft collected new detailed images of the cratered and fractured southern hemisphere surface of the dwarf planet Ceres on December 10, 2015. The spacecraft took the images while cruising in the lowest and final orbit of the small planet.

Dawn is the first to visit Ceres and also the first spacecraft outside the Earth and Moon system to orbit two distinct solar system targets. The spacecraft orbited Vest for 14 months in 2011 and 2012 and arrived at Ceres on March 5, 2015.

Images of the dwarf planet were taken at a height of approximately 385 km (240 miles), the lowest ever achieved orbital altitude at which Dawn is expected to remain throughout the rest of its mission. The new collection of Ceres images has a resolution of about 35 meters (120 feet) per pixel and two of the views are also available in 3D versions. 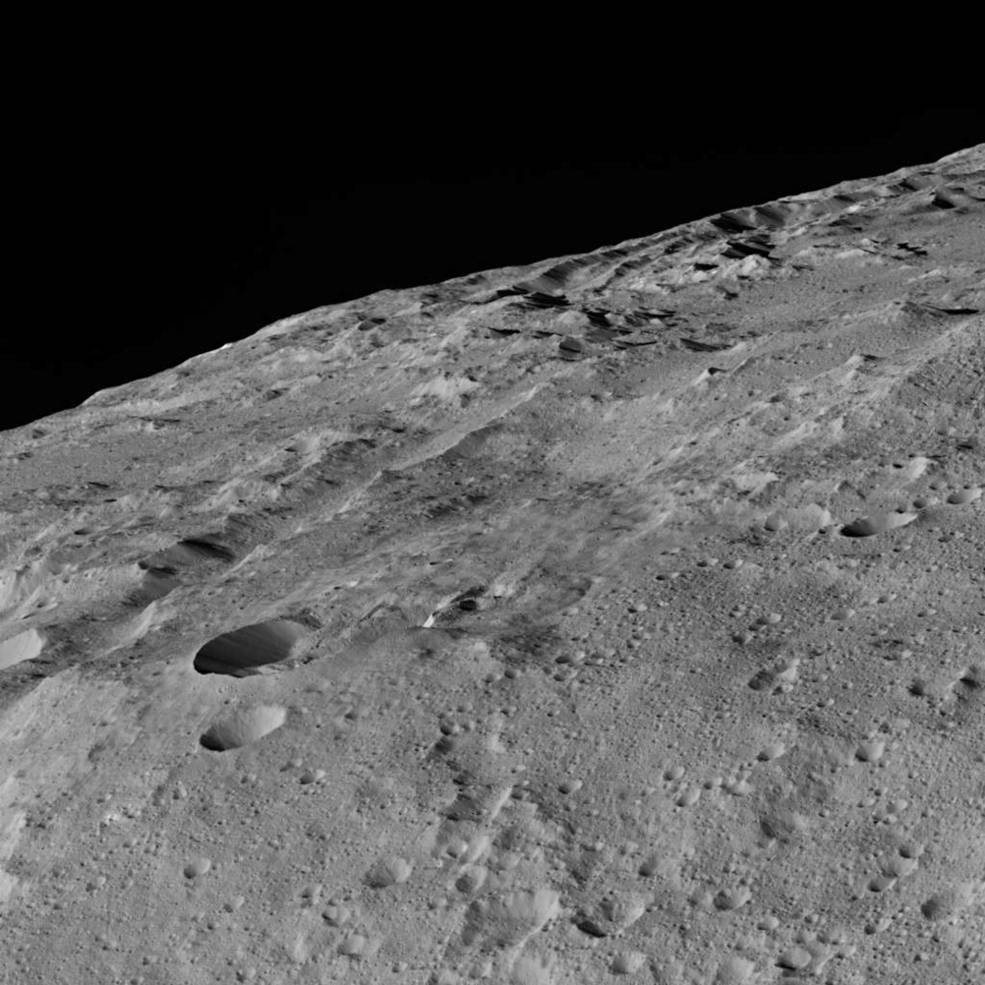 One of the most stunning views is Gerber Catena chain of craters lying west of the Urvara crater. Troughs caused by contraction, impact stresses and loading of the crust by large mountains noted on images represent a common feature for large planetary bodies. The observed fracturing suggests similar forces may be at work on the surface of Ceres. Some troughs and grooves observed are thought to be of tectonic origin. 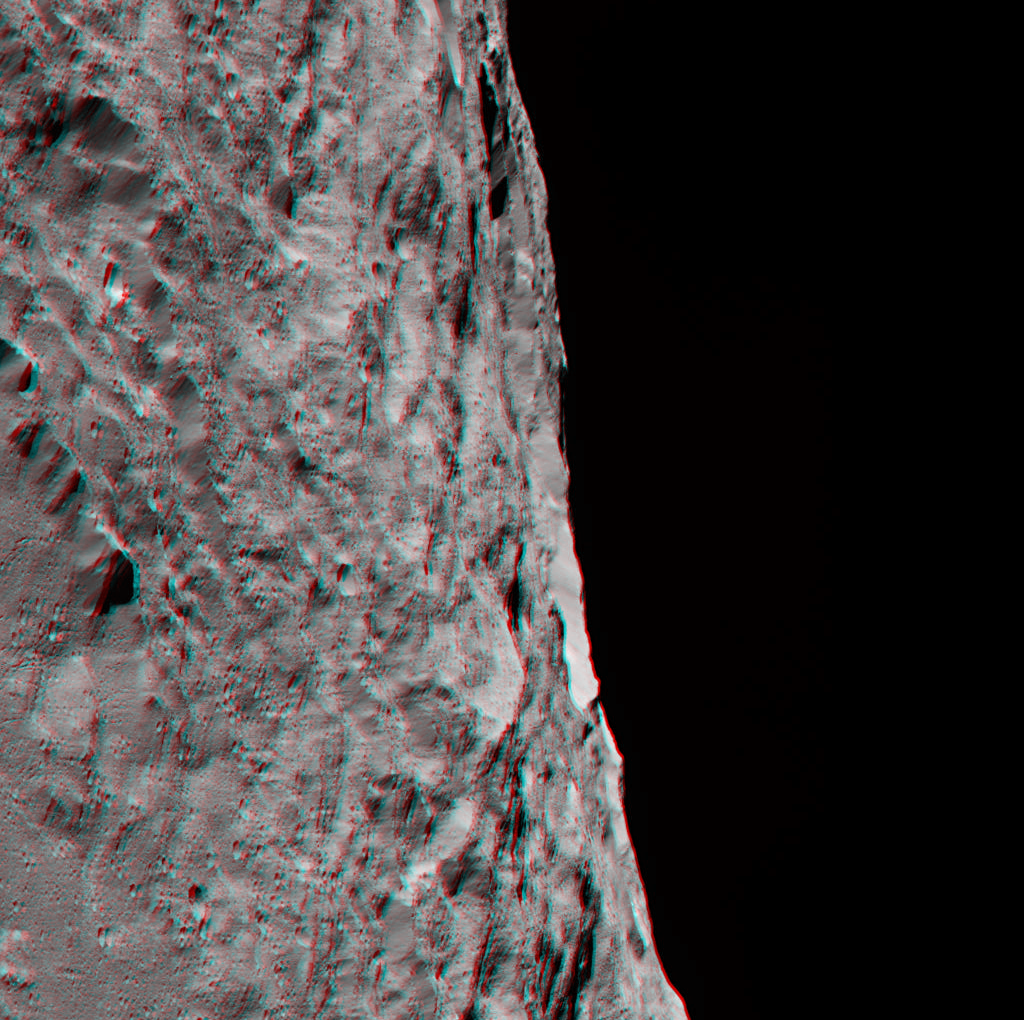 "Why they are so prominent is not yet understood, but they are probably related to the complex crustal structure of Ceres," said Paul Schenk, a Dawn science team member at the Lunar and Planetary Institute, Houston.

Dawn's backup framing camera has been put to the test while collecting the images and the primary framing camera began its work while the spacecraft was at the lowest orbit. 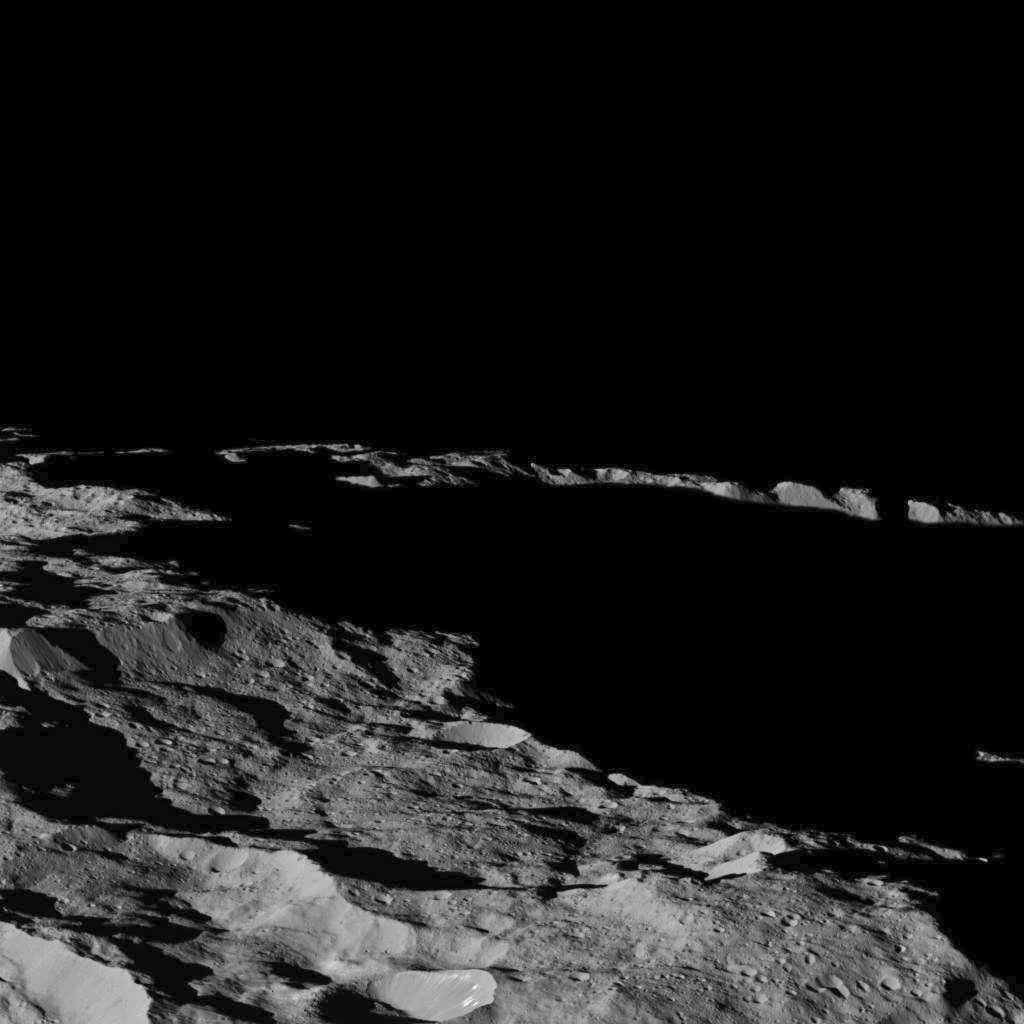 This part of Ceres, near the south pole, has such long shadows because, from the perspective of this location, the sun is near the horizon. Image credit: NASA/JPL-Caltech/UCLA/MPS/DLR/IDA

The visible and infrared mapping spectrometer on Dawn is expected to help in identification of minerals on Ceres' surface by observing how different wavelengths get reflected from it. The gamma ray and neutron detector towed by the spacecraft is also active and the observed energies and numbers of gamma rays and neutrons will be of high value in determining how abundant some elements on the dwarf planet are. 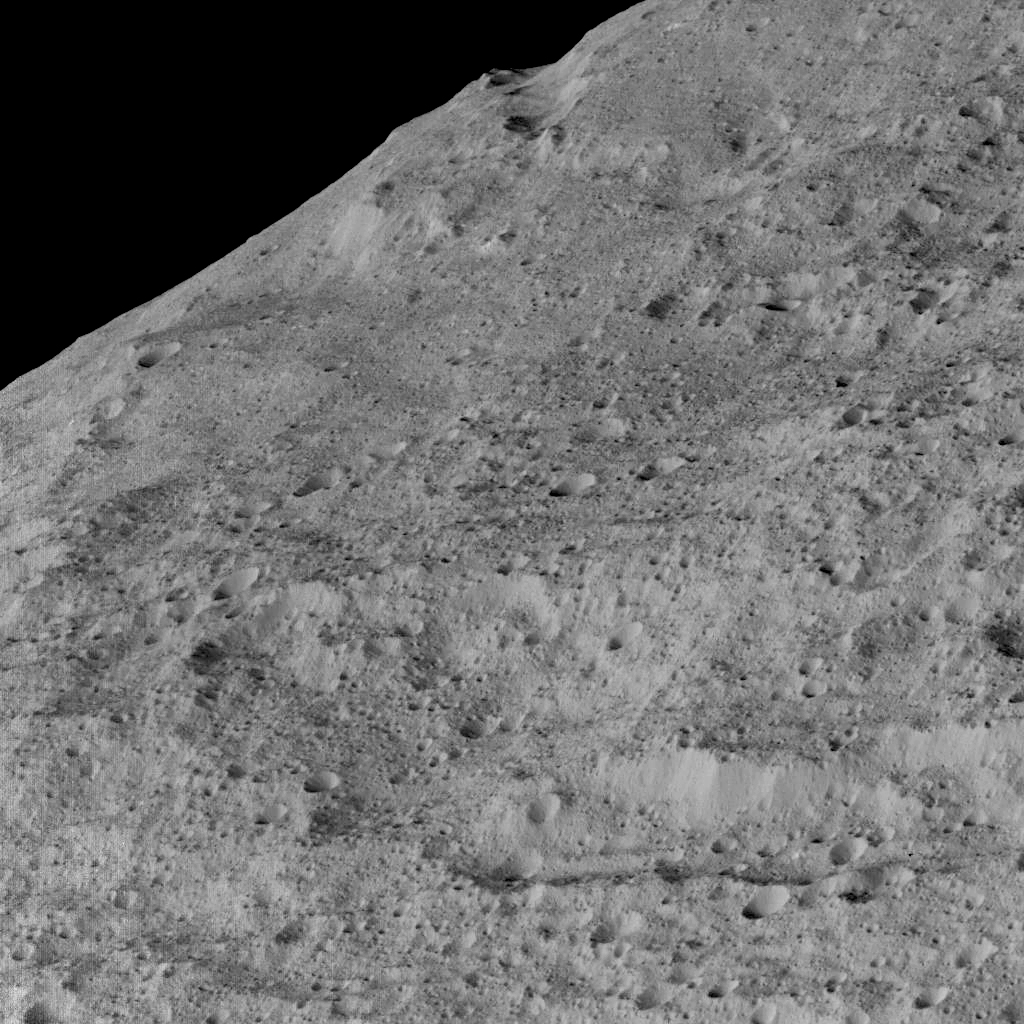 This view of Ceres, taken by NASA's Dawn spacecraft on December 10, shows an area in the southern mid-latitudes of the dwarf planet. Image credit: NASA/JPL-Caltech/UCLA/MPS/DLR/IDA

A team of scientists in charge of the Dawn spacecraft observations have already discovered the bright material found in craters such as Occator to be consistent with salt and have proposed that hexahydrate, a type of magnesium sulfate, could be present. Another group of researchers found out that Ceres contains ammoniated clays, which suggest Ceres might have formed in Neptune's vicinity or in a place with material that migrated in from the outer solar system. 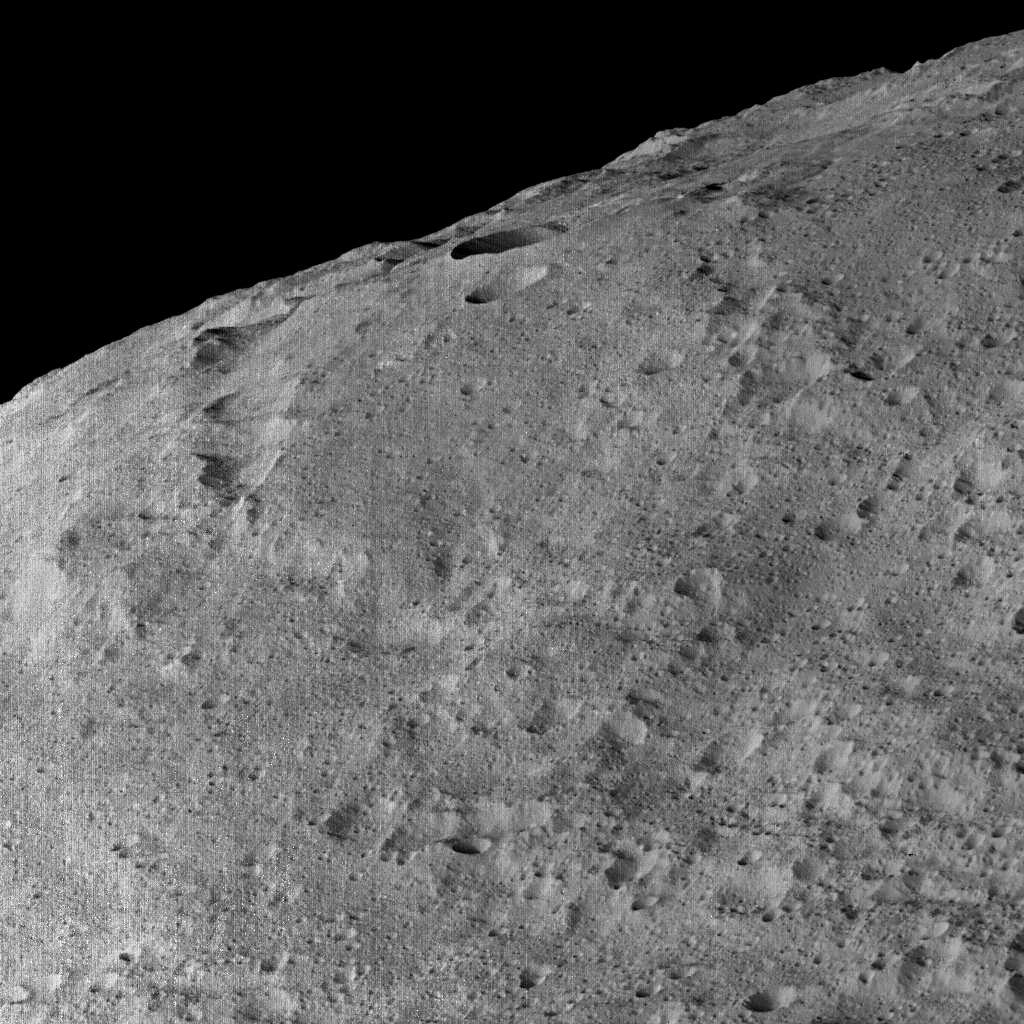 Dawn took this image in its low-altitude mapping orbit from an approximate distance of 385 kilometers (240 miles) from Ceres. Image credit: NASA/JPL-Caltech/UCLA/MPS/DLR/IDA

"As we take the highest-resolution data ever from Ceres, we will continue to examine our hypotheses and uncover even more surprises about this mysterious world," said Chris Russell, principal investigator of the Dawn mission, based at the University of California, Los Angeles.

Featured image: Dawn took this image in its low-altitude mapping orbit from an approximate distance of 385 kilometers (240 miles) from Ceres. Image credit: NASA/JPL-Caltech/UCLA/MPS/DLR/IDA