NASA's Dawn spacecraft has provided new views of the dwarf planet Ceres, NASA's Jet Propulsion Laboratory (JPL) announced on September 9, 2015. The brightest spots and the closest-yet view of Occator crater has given scientists a deeper insight into these unusual features.

The new views of Occator crater have revealed better-defined shapes of the brightest, central spot and features of the crater floor. Due to the fact that these spots are much brighter than the rest of the planet's surface, two different images of the area, one properly exposed for the bright spots and the other for the surrounding surface, have been combined into a single composite view. 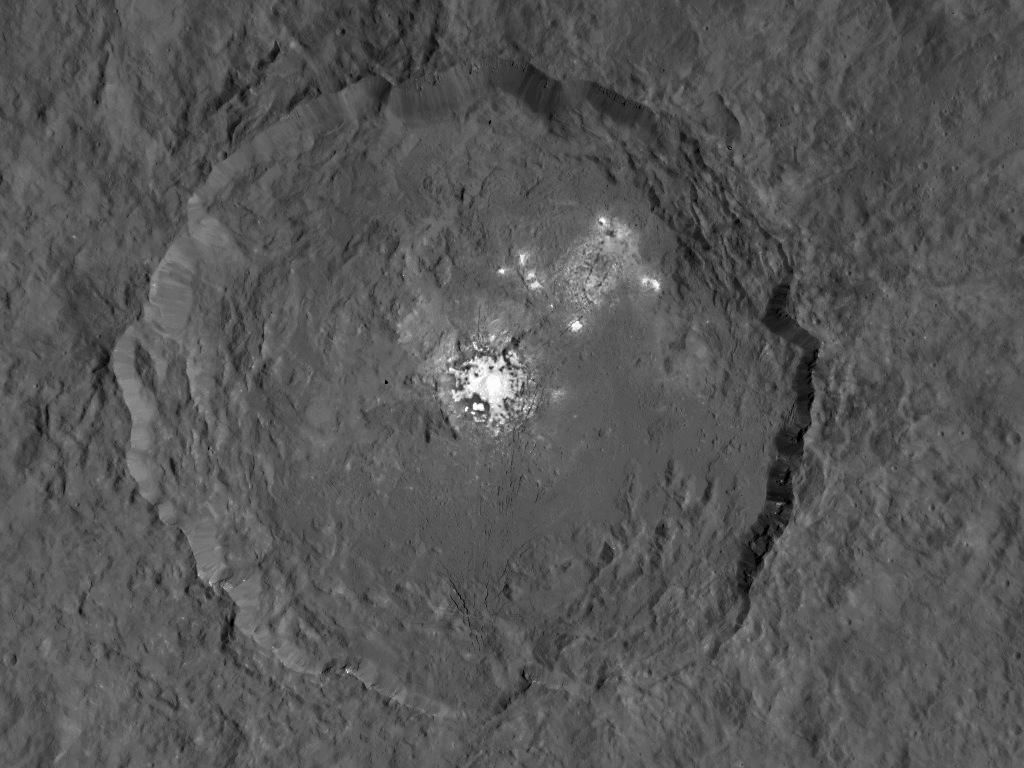 A colorful topographic map and a virtual fly-around the crater have also been produced by the scientists, JPL said.

Dawn is the first mission to visit a dwarf planet, and the first to orbit two distinct solar system targets. It orbited protoplanet Vesta for 14 months in 2011 and 2012, and arrived at Ceres on March 6, 2015.

Views from Dawn's orbit have been taken at an altitude of about 1 470 km (915 miles), and now have three times better resolution than the images delivered in June, and up to ten times better in comparison to images delivered during spacecraft's first orbit at Ceres in April and May. It has been observed that the rim of Occator crater is very steep, almost vertical locally, where it rises for about 1.6 km (1 miles). 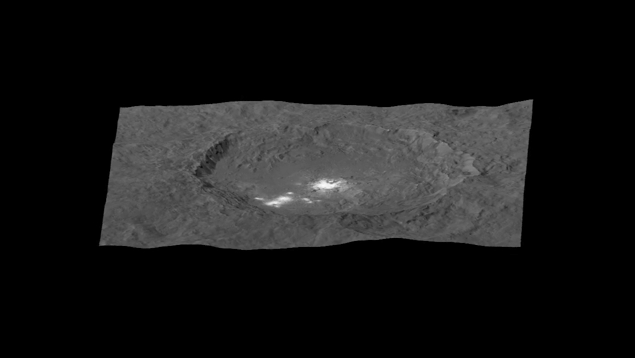 "Dawn has transformed what was so recently a few bright dots into a complex and beautiful, gleaming landscape. Soon, the scientific analysis will reveal the geological and chemical nature of this mysterious and mesmerizing extraterrestrial scenery," said Marc Rayman, Dawn's chief engineer and mission director based at NASA's Jet Propulsion Laboratory, Pasadena, California.

At present, Dawn has completed two 11-day cycles of mapping the surface of Ceres from its current altitude and began it's third cycle on September 9. The spacecraft will map entire dwarf planet six times over the coming two months. Ceres is being imaged at a slightly different angle in each mapping cycle and the scientists hope to use this to assemble stereo views and construct 3-D maps.