Two solar filaments erupted from the SW quadrant of the Sun late November 15 and early November 16 producing a Coronal Mass Ejections (CMEs) that arrived at Earth at 20:10 UTC on November 18. A G1 – Minor geomagnetic storm is currently in progress.

This, combined with geoeffective high speed solar wind stream from a coronal hole will possibly cause G2 – Moderate geomagnetic storming on November 19.

Imagery courtesy of NASA/SDO (via SolarHam)

Under G1 conditions, weak power grid fluctuations can occur, minor impact on satellite operations is possible and aurora may be visible at high latitudes. 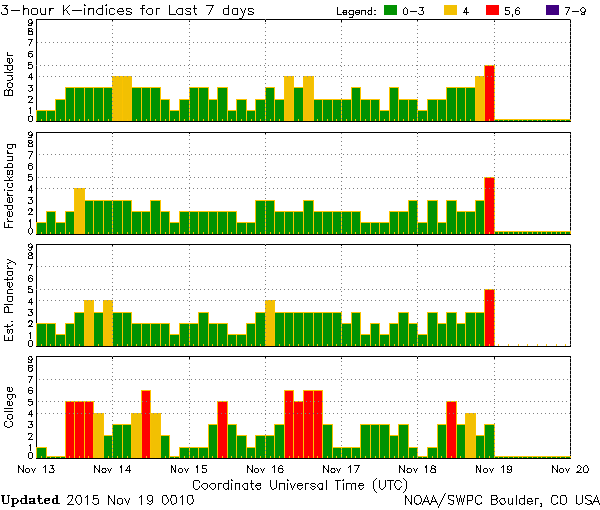