Intense rainfall accompanied with large hail and thunderstorms battered Israel on October 25, 2015. 1 person died and a number of people have been injured in weather related incidents. Power outages have been reported across the affected areas.

The area of Ma'aleh Gilboa was hit the strongest by torrential downpours, as 19 mm (0.7 inches) of precipitation was reported to fall in only 5 minutes. This volume has not been measured in such a short period of time since October 1984, according to Israel Meteorological Service (IMS).

Large hail balls, strong winds and heavy floods were reported across the cities. Winds have uprooted trees and toppled poles across the area and several construction cranes have reported damage, as well.

A severe storm was brought by an upper level low accompanied by a low pressure field over the Red Sea, according to Dr. Amos Porat, Head of the Climate Department at the IMS.

"Extremely developed cumulonimbus clouds were created in the Eastern Mediterranean and reached our area, mainly the coastal plain and the North of the country," Porat explained. 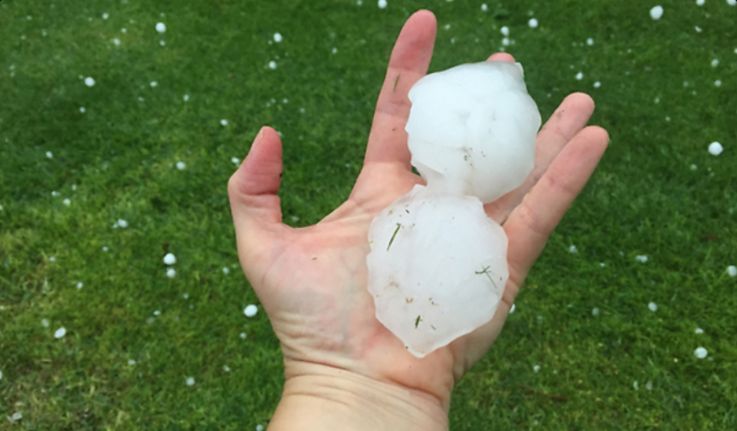 IMS reported hail balls between 4 and 5 cm (1.6 to 2 inches) in size in Ra'anana, Kfar Saba and Herzliya.

One person was reported dead, while a number of people have sustained some degree of injuries in weather related incidents such as toppling trees and debris falling of buildings, according to media.

More heavy rainfalls, possibly accompanied with hail and thunderstorms are expected across the country by the end of the week, according to IMS.