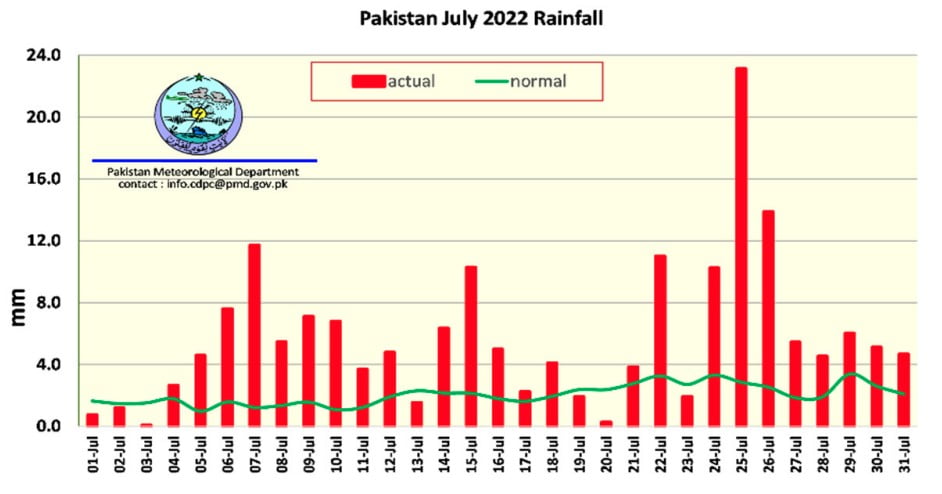 Since the monsoon rains started in mid-June, heavy rains and ensuing flooding have killed at least 502 people and destroyed thousands of houses throughout Pakistan.

The death toll in Balochistan—the worst affected province, has already reached 150, with 15 fatalities confirmed in the previous 24 hours, according to the National Disaster Management Authority (NDMA).1

Several regions of Balochistan continued to be pummeled by the severe rain, which destroyed homes, roads, and bridges, wiped off crops, and swept away cattle. Recent fatalities were recorded in the Balochistan regions of Zhob, Qilla Saifullah, Kohlu, Naushki, and Lasbela, which experienced flash floods.

The military, navy, and air force of the nation mobilized their soldiers and assets to aid with civilian rescue efforts, rescuing thousands of trapped individuals and providing food and relief supplies to families. During the flood relief operation on August 1, a Pakistani army helicopter crashed in the Lasbela district of Balochistan, killing all six aboard.

The country experienced record rains in July, with national rainfall 181% above normal, making it the wettest July since 1961.3

The wettest day of the month in the country was July 25, when Badin (Sindh) recorded 219 mm (8.62 inches) rainfall, whereas the wettest place with the highest monthly total of 606.0 mm (23.8 inches) was PAF Masroor, Karachi.

The Chilas and Nokkundi were the only two stations that remained dry with no rain at all during the month.