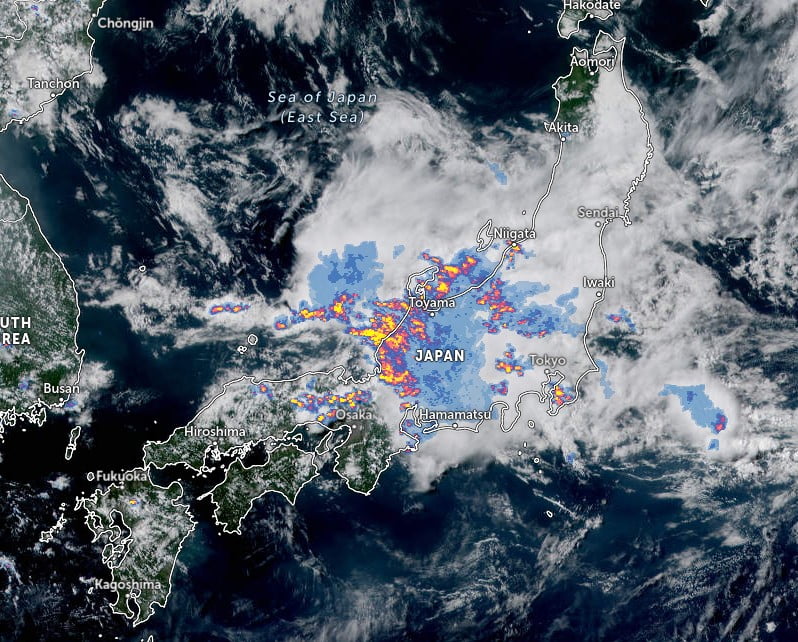 As of Thursday morning (LT), August 4, 2022, over 540 000 residents living in the Tohoku and Hokuriku regions of Japan were ordered to evacuate as heavy rains continue falling over the Sea of Japan shoreline, triggering floods and landslides.

According to the country’s Ministry of Land, Infrastructure, Transport and Tourism, the Mogami River in Nagai, Yamagata Prefecture, overflowed its banks in the early hours of Thursday, flooding homes, roads and railways.

At least two bridges have already collapsed, one in Yamagata and another in Kitakata, Fukushima Prefecture

During a news conference on Thursday morning, Chief Cabinet Secretary Hirokazu Matsuno said that around 1 900 households, most of them in Niigata Prefecture and neighboring areas, have lost power, while 380 households were experiencing water supply cutoffs.1

Two people were missing as of Thursday morning, but the number reportedly increased as the day progressed.

Later in the day, the land ministry and Kanazawa Prefecture’s meteorological observatory reported that the Kakehashi River, which passes through Ishikawa Prefecture and the districts of Haneda, Ukawa, and Yusenji in the city of Komatsu, had also burst its banks.

Early Thursday morning, 149 millimeters (5.86 inches) of rain were registered in just one hour in the Niigata town of Sekikawa.