Joaquin, now a category 1 hurricane, has left behind the waters of Bermuda, and is now crossing over on the other side of the North Atlantic, rushing toward Ireland and UK. Although the system is still of a hurricane strength it is expected to weaken significantly over the next 48 hours, National Hurricane Center (NHC) reports, as of October 6, 2015. Meteorologists believe the impact of the system, if any, will be limited to the south and southwestern parts of UK.

Hurricane "Joaquin", one of the strongest hurricanes of the Atlantic 2015 hurricane season, now a category 1 system, is racing east-northeast toward the cooler waters of the North Atlantic after lashing the Bahamas, Bermuda and triggering an unprecedented flooding across the US East Coast. 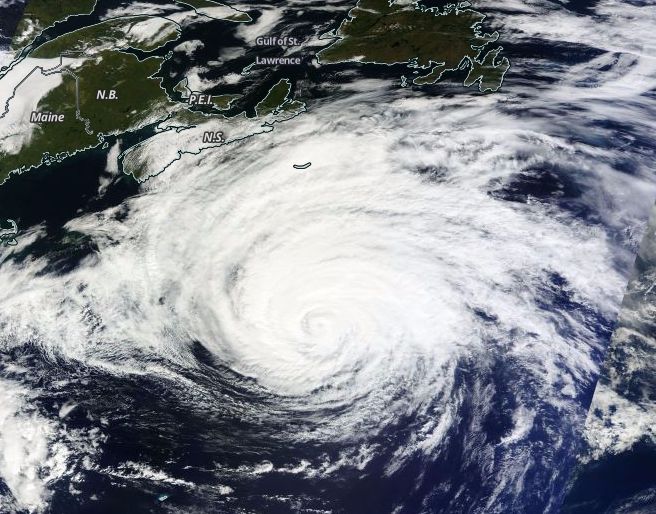 The hurricane is moving at a forward speed of 37 km/h (23 mph), and is currently on its way across the Atlantic toward Ireland and UK.

The system was located 910 km (565 miles) south southwest of Cape Race Newfoundland, with maximum sustained winds of 130 km/h (80 mph) and minimum central pressure estimated at 974 hPa, on October 6 at 21:00 UTC, according to NHC. 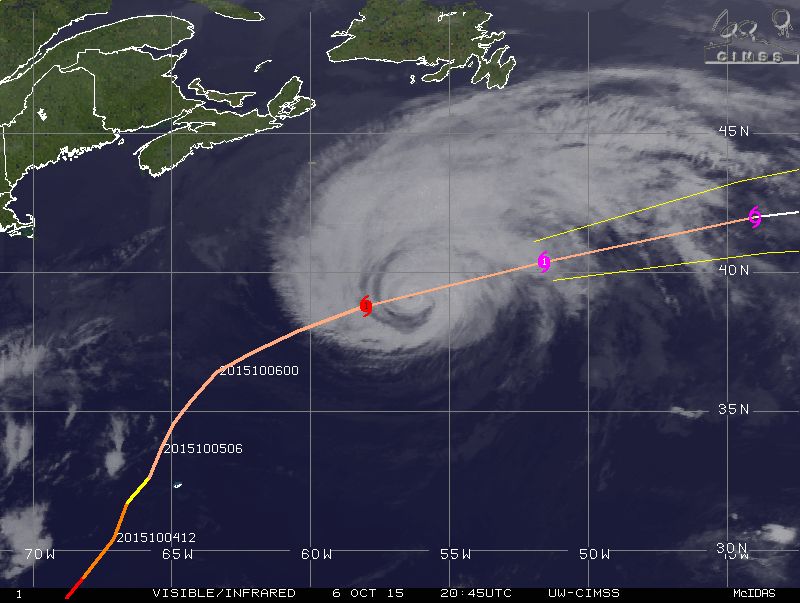 Hurricane force winds are extending up to 75 km (45 miles) outward from the center while the winds of tropical force extend up to 445 km (275 miles) outward.

Over the next 48 hours Joaquin is expected to weaken and increasing southwesterly wind shear and cooler water are expected to add to the storms further weakening. Hurricane "Joaquin" is finally expected to become extratropical by October 7. Remnants of Joaquin may affect Ireland and UK by October 10.

Hurricane #Joaquin heads toward the UK this weekend pic.twitter.com/yERmSpKOR7

Meteorologists in Europe are still uncertain as to what influence Hurricane "Joaquin" may have on the weather there. A ridge of high-pressure will most likely bring good weather conditions to UK by the end of the week, and as high pressure is forecast to build from Scandinavia, it has good chances of holding back any weather system coming from the Atlantic, Met Office reports.

"The forecast is for ex-Hurricane Joaquin to stay away from mainland UK. There is some uncertainty, but the depression is likely to either come to a halt to the southwest of Ireland and weaken, or track to the south of the country and into the Continent. The south and southwestern parts of the UK may see increased winds with a small chance of gales in exposed areas," Deputy Chief Meteorologist Laura Paterson said.