Tropical Storm "Joaquin" that was lurking close to Bahamas, as of September 29, 2015 has now evolved into a major category 4 hurricane, and is currently passing over the Bahamas. Deadly flash floods and extreme weather conditions are expected across the islands on October 1 and 2. The system's chances of making a landfall in the northeast US are increasing. However, its full track is still uncertain, although it will make a strong impact on the already extreme weather conditions wreaking havoc across the US East Coast.

Tropical Storm "Joaquin" developed off the coast of Bahamas on September 29, and has reached a full-blown category 4 hurricane status by October 1, the National Hurricane Center (NHC) reports. It's still gaining strength, as it batters the Bahamas and continues to approach the US. 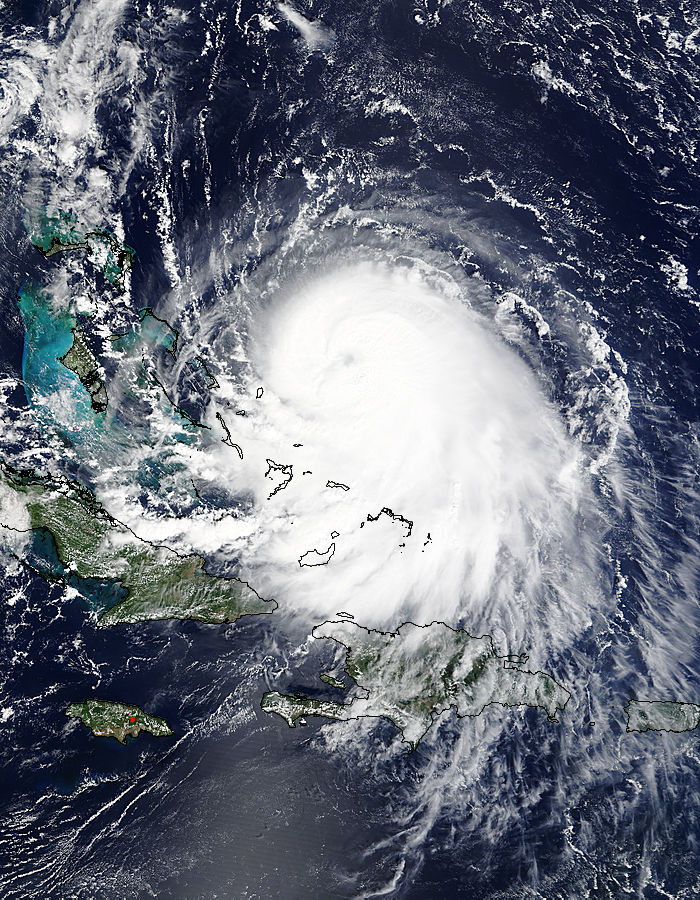 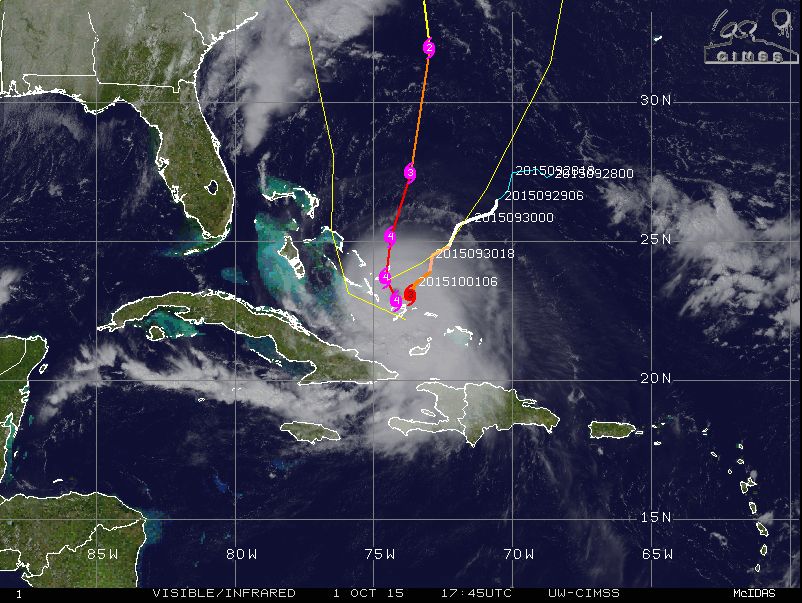 An extremely dangerous hurricane system was located about 115 km (71.4 miles) south southeast of San Salvador with maximum sustained winds reaching 210 km/h (130 mph) on October 1, at 18:00 UTC, according to NHC. The system was moving southwest at 9 km/h (6 mph) with minimum central pressure estimated at 936 hPa.

Long Island and the Acklings on the Bahamas have already reported flooding from storm surge and severe rainfalls. A Weather Underground personal station in Pitts Town, Crooked island reported winds up to 128.7 km/h (80 mph), so far.

Although it is still not certain whether the hurricane will make a landfall in US, it will almost certainly enhance the rainfall along the cold front situated over the northeast.

Heavy rainfalls have already begun to wreak havoc in the East Coast, as torrential downpours caused heavy flooding in South Carolina on October 1. Severe weather conditions have caused 1 death in Spartanburg County, as several vehicles were submerged by the raging flood waters. 1 person was rescued, after his truck fell into a sinkhole that opened due to heavy flash flooding in the area.

The system is forecasted to gain intensity in the next 24 hours. Hurricane wind force are currently extending 75 km (45 miles) outward and tropical storm winds are extending up to 220 km (140 miles) outward.

Hurricane conditions are expected to continue across portions of the central and southeastern Bahamas through October 2, and will spread to parts of the northwestern Bahamas during the day.

An extremely dangerous, life-threatening storm surge will raise water level for 1.5 to 3 m (5 to 10 feet) above normal tide levels in the central Bahamas, while the rest of the area within the hurricane watch zone will see a water level rise of about 0.6 to 1.2 m ( 2 to 4 feet). Large and dangerous waves are expected to accompany the storm surge along the coastal areas, NHC reports.

Joaquin will produce total rain accumulations of about 254 to 381 mm (10 to 15 inches) over the central Bahamas. Up to 508 mm (20 inches) of rainfall might fall in isolated locations. Life-threatening flash floods are expected across the affected areas. Outer rain bands of Joaquin may also affect portions of eastern Cuba, Haiti and the Dominican Republic during October 1 and 2.

The major hurricane will produce large swells that will affect portions of the Bahamas in the next couple of days, and will start to affect parts of southeastern US coast on October 1, into the coming weekend. Life-threatening surf and rip current are expected. A prolonged period of elevated water levels and major waves will affect the mid-Atlantic region, regardless  of Joaquin's track. Significant beach and dune erosion with moderate coastal flooding is expected across the region, as well, according to NHC.

A Hurricane Warning is actively in effect for Central Bahamas, Abacos, Berry Islands, Grand Bahama Island and New Providence, The Acklins, Crooked Island and Mayaguana in the southeastern Bahamas. The Hurricane Watch is in effect for Bimini and Andros Island, while the Tropical Storm Warning remains in place to the rest of the southeastern Bahamas and Andros Island.

Flood watches and warnings were issued from Florida to New Jersey, as of October 1.