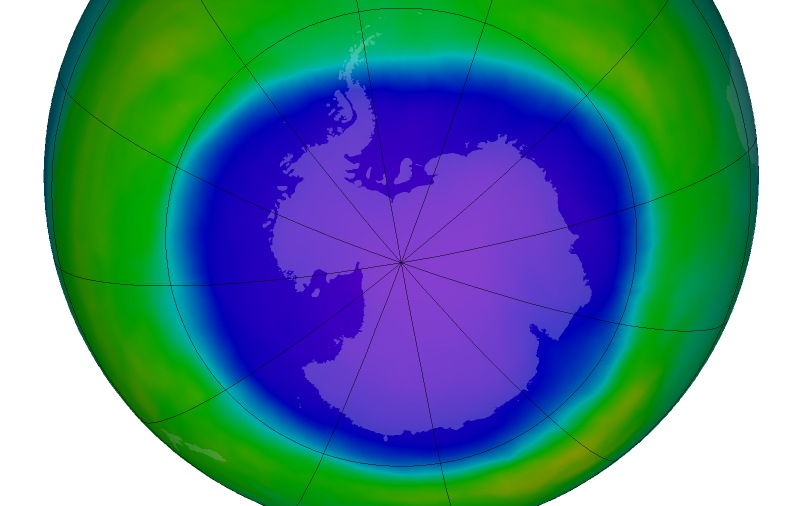 A new study lead by Martin Vollmer of the Swiss Federal Laboratories for Materials Science and Technology has found that after a rapid increase in anthropogenic compound named HCFC-133a (CF3CH2Cl), an ozone destroying gas, the atmospheric abundance and emissions have sharply declined in the past three years. The reason for this sharp drop remains a mystery.

According to O'Hanlon, HCFC-133a was identified in 2014 as 'one of four previously undetected anthropogenic gases in the atmosphere that are contributing to destruction of the ozone layer, but its source remains a mystery'.

“This is enormous, how quickly the trend reversed. But instead of deepening the mystery of HCFC-133a’s sources, the abrupt change offers new clues," Vollmer said.

The new findings suggest that the source of HCFC-133a is the mass production of another gas, HFC-134a, which is an ozone-friendly refrigerant used in automobile air conditioners.

"It is known that when you make HFC-134a, the ozone-destroying HCFC-133a is an intermediate product. And since HFC-134a is being mass produced, it’s a likely source for leaking HCFC-133a into the atmosphere," Vollmer said.

"We expected HCFC-133a to grow rapidly in the atmosphere because of the enormous and growing global demand and production of HFC-134a, but we found the opposite. One of our speculations is that there are one, two or three factories that have been grossly emitting HCFC-133a, but were cleaned up.”

According to authors, sporadic HCFC-133a pollution events are detected in Europe from high-resolution HCFC-133a records at three European stations, and in Asia from samples collected in Taiwan. European emissions are estimated to be <0.1 kt yr−1, although emission hotspots were identified in France.