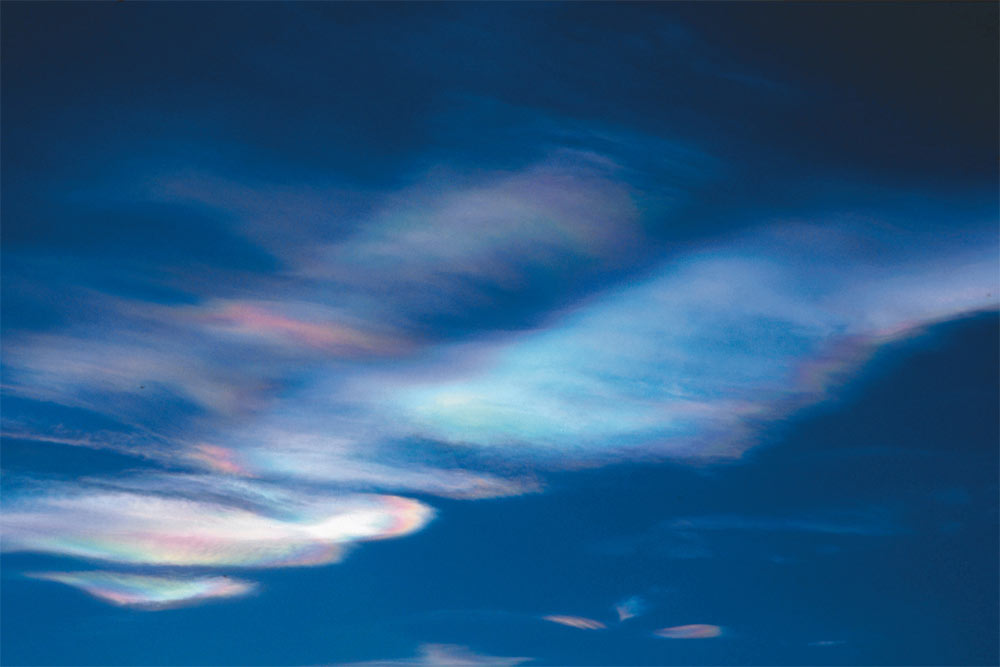 Cold temperatures in the upper atmosphere and the lingering presence of ozone-destroying pollutants, called chlorofluorocarbons, have set the stage for what could be a record loss in protective ozone over the Arctic this spring.

Unusually low temperatures in the Arctic ozone layer have recently initiated massive ozone depletion. The Arctic appears to be heading for a record loss of this trace gas that protects the Earth’s surface against ultraviolet radiation from the sun. This result has been found by measurements carried out by an international network of over 30 ozone sounding stations spread all over the Arctic and Subarctic and coordinated by the Potsdam Research Unit of the Alfred Wegener Institute for Polar and Marine Research in the Helmholtz Association (AWI) in Germany.

Researchers from Europe, Russia and North America came to this conclusion based on data collected by 30 stations in and slightly south of the Arctic. Global warming is also a likely contributor. Scientists believe it is responsible for cooling the stratosphere, the layer of the atmosphere where the ozone layer is located, approximately 12.4 miles (20 kilometers) above the Earth’s surface. By trapping heat lower down and warming the surface of the Earth, greenhouse gases actually cool the stratosphere. In recent years, the coldest of stratospheric winter temperatures have been getting colder, according to the researchers.

This year, more ozone has been lost over the Arctic due to unusually cold temperatures in the stratosphere, and these have been fed by a stronger circulation pattern called the polar vortex throughout the winter, according to Ross Salawitch, a professor at the University of Maryland. 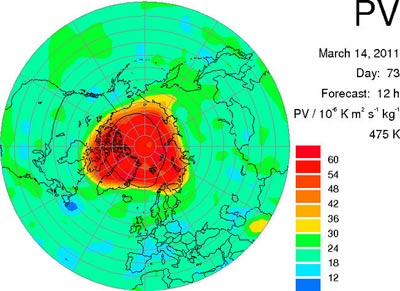 The air inside this vortex, which is created by a combination of cold temperatures over the pole and the rotation of the Earth, is much colder than the air outside. That cooling leads to cloud formation inside the vortex and the ensuing chemical reactions that produce highly reactive molecules with unpaired electrons. These, in turn, react with ozone, breaking apart its three oxygen atoms. This is problematic because ozone blocks harmful radiation — which can damage DNA and lead to skin cancer, among other problems — from reaching the Earth’s surface.

The same dynamics are responsible for the more infamous hole in the ozone above Antarctica. However, over the South Pole, the vortex circulation system is larger, stronger and more predictable from year to year, Salawitch said.

In 1987, under the Montreal Protocol, countries agreed to end production of ozone-destroying substances, including chlorofluorocarbons — but because they linger in the atmosphere, ozone losses aren’t expected to end for the next 50 years or so. Within the next few decades, any cooling of the stratosphere connected to global warming can be expected to lead to large ozone loss. The Earth’s average surface temperature is estimated to have warmed 1.3 degrees Fahrenheit (0.7 degrees Celsius) since humans accelerated greenhouse gas emissions around the time of the Industrial Revolution.

The ozone depletion over the Arctic this year is neck and neck with the loss experienced in 2005. The arrival of the spring sun causes the vortex to dissipate, and this happened in mid to early March of 2005, according to the scientists. (LiveScience)

The remnants of the vortex — which contain the depleted ozone — typically pass overhead at about 45 to 50 degrees north latitude, over parts of Europe and North America, for a few days in spring, causing the potential for ultraviolet (UV) radiation exposure to increase, said Rex. 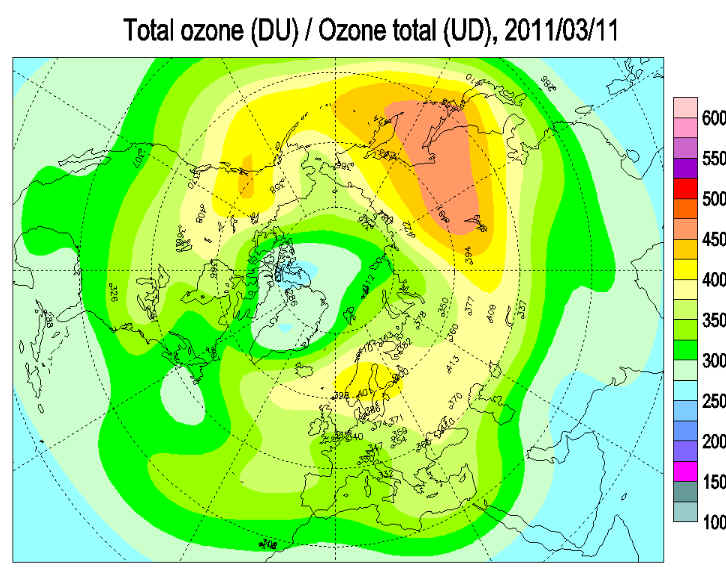 Ozone Hole through the years