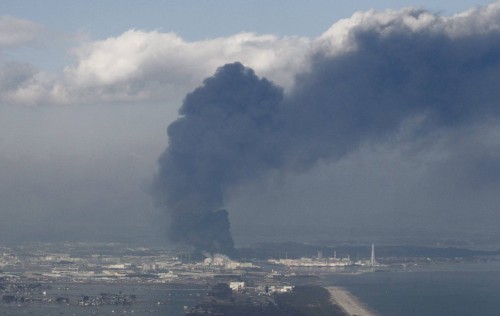 European Commissioner for Energy, Gunther Oettinger qualified on Tuesday, march 15th, the nuclear accident in Japan as an apocalypse, saying that local authorities practically lost control of the situation at the Fukushima plant, AFP informs. We are talking about the apocalypse and I believe that this word is well chosen, he said in front of a committee of the European Parliament in Brussels.

Everything is out of control, he added. After the violent quake and the tsunami on Friday, accidents continue to sprang at various reactors at Fukushima plant. On Tuesday a new explosion and a fire took place at the Fukushima plant.

Japanese Prime Minister Naoto Kan urged people within 30 km (18 miles) of the facility — a population of 140,000 — to remain indoors, as authorities grappled with the world’s most serious nuclear accident since the Chernobyl disaster in Ukraine in 1986.

Officials in Tokyo said radiation in the capital was 10 times normal at one point but not a threat to human health in the sprawling high-tech city of 13 million people.

Toxicologist Lee Tin-lap at the Chinese University of Hong Kong said such a radiation level was not an immediate threat to people but the long-term consequences were unknown.

“You are still breathing this into your lungs, and there is passive absorption in the skin, eyes and mouth and we really do not know what long-term impact that would have,” Lee told reporters.

Winds over the plant will blow from the north along the Pacific coast early on Wednesday and then from the northwest toward the ocean during the day, the Japan Meteorological Agency said.

Fears of transpacific nuclear fallout sent consumers scrambling for radiation antidotes in the US Pacific Northwest and Canada. Authorities warned people would expose themselves to other medical problems by needlessly taking potassium iodide in the hope of protection from cancer.

The nuclear crisis and concerns about the economic impact from last week’s earthquake and tsunami hammered Japan’s stock market.

The Nikkei index fell as much as 14 percent before ending down 10.6 percent, compounding a slide of 6.2 percent the day before. The two-day fall has wiped some $620 billion off the market.

Authorities have spent days desperately trying to prevent the water which is designed to cool the radioactive cores of the reactors from evaporating, which would lead to overheating and the release of dangerous radioactive material into the atmosphere.

A small crew of technicians, braving radiation and fire, became the only people remaining at the Fukushima Daiichi Nuclear Power Station on Tuesday — and perhaps Japan’s last chance of preventing a broader nuclear catastrophe.

They are The faceless 50, the unnamed operators who stayed behind. They have volunteered, or been assigned, to pump seawater on dangerously exposed nuclear fuel, already thought to be partly melting and spewing radioactive material, to prevent full meltdowns that could throw thousands of tons of radioactive dust high into the air and imperil millions of their compatriots.

More than 140,000 residents within 19 miles of the plant were ordered to stay indoors
In Europe, some 500 bone marrow transplant centres put on standby to treat victims from Japan
The plant rocked by second fire in No 4 unit and two more explosions, bringing the total to four
France’s Nuclear Safety Authority ranks crisis second only in gravity to Chernobyl in 1986